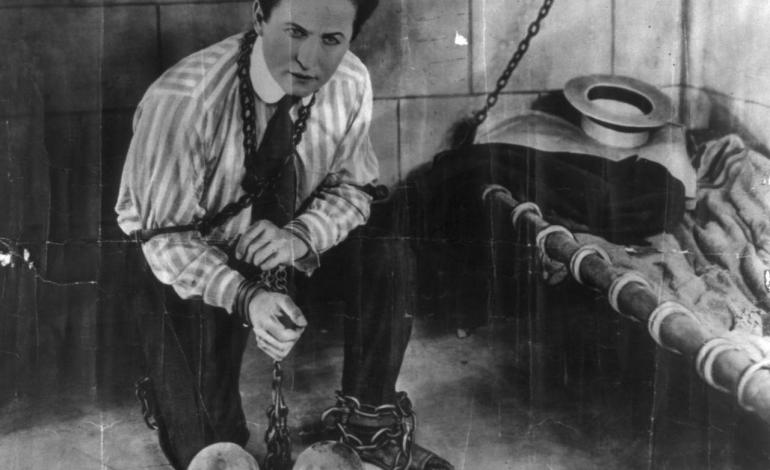 I really don’t know why psychics and magicians hate each other so much. Could it be something to do with the ‘amazing’ magician, James Randi, who has pledged to give one million dollars of someone else’s money to anyone who could show evidence of any paranormal power? Or could it be something to do with the many fraudulent Victorian mediums who faked séances for money? Who knows for sure, but surely we have moved on from the nonsensical rants of Randi and his grant-funded crusade against anyone who disagrees with his blinkered view on life? Or indeed, the unscrupulous séance vendors who preyed on the bulging purses of London’s gentry during the 19th century. Either way, the animosity still remains extremely high between these two very different groups of people, much to the dismay of those outside of these professions - who really couldn’t care one way or the other.

To me, it all seems a bit mods and rockers. Mods were born to hate rockers and vice-versa, even though nobody could quite explain why. Yet, nowadays, only nostalgia remains a link between Mods and Rockers, since they have all now grown up to hate bankers and politicians instead!

So why is this Randi versus Doris Stokes feud still simmering over like a burst kettle? Well, from a personal point of view, I really don’t mind magicians. In fact, I quite like Penn and Teller and the more traditional magicians. They are very clever people and extremely entertaining – but that’s really about it. They are not scientists, physicists or renowned philosophers – so wouldn’t it be better to just stick with the entertaining and let other more qualified people from the scientific fields challenge those who claim that life continues beyond the grave? That way, we might be able to uncover the truth about the afterlife, instead of encouraging naïve and untrained psychics with false promises of a King’s ransom.

Recently, a medium that I know found himself in a heated discussion with a professional magician on facebook. The medium attempted to explain what he does and why he chose to work in this field but the magician continually retorted with Randi-esque replies. Eventually, other mediums got involved and the comments began to get more personal – ‘my dad could batter your dad’ etc. And, even though I tend to stay impartial on any facebook disagreement, I also found myself getting angry at the poor magician who was by this time being hounded into a deep dark corner, where even double-sided mirrors couldn’t hide his anger! Eventually, I advised the medium to end the discussion as it was descending into a war of words where both sides would never ever agree on anything. Thankfully, he did, but we couldn’t help thinking afterwards that there was absolutely no rhyme nor reason as to why complete strangers could get into such a heated argument over something that isn’t ever likely to hold the world to ransom.

I’ve often wondered why these two groups are still at loggerheads in this day and age, although I will admit that I did question why my sister once bought me a book about Houdini. Didn’t she know he was the enemy?

I suppose that magicians and psychics are just as bad as each other – perhaps our dislike of each other is ingrained in our DNA, borne through the toils of squabbling forefathers in our chosen fields of interest. Or maybe we just haven’t evolved as eloquently as the mods and rockers have. So, I’m holding out the olive branch to my fellow magicians. It’s time to let bygones be bygones – and instead join everyone else in having a go at those pesky bankers and politicians!