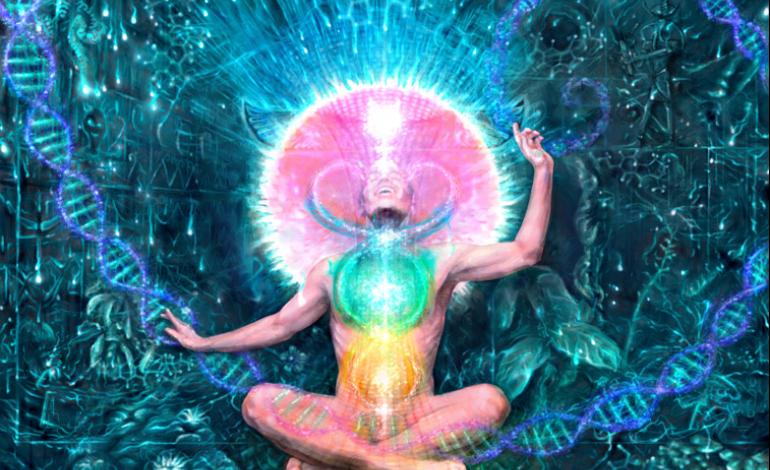 You are a multidimensional, cosmic being, living in a multidimensional universe, in which there are worlds within worlds; each rising in a gradually ascending vibratory scale, from the highest planes of the physical world, to the lowest of the Great Astral world. In fact, you are much more than you appear in a physical body. You are not just a body and a soul; you are a spirit that possesses a soul.

Your soul has several vehicles of expression, and these several vehicles are naturally of varying degrees of density, the physical body is the lowest form of expression. Each of your seven bodies is composed of a much finer material than the one below it; and each one is subdivided into seven, and so on through infinity.

This illustrates just how amazing you actually are, even now whilst you live in this world of earth, sky and human habitations. Although this world is really an alien environment to you, it has to be said that you have in fact been here many, many times before. In fact, you are a Celestial Traveller encased in a physical garment, just like an astronaut in his protective suit. To illustrate this; imagine pouring hot molten wax into a bowl of cold water. The hot wax slowly solidifies, layer upon layer, a natural process of reconstitution, enabling it compete with the alien circumstances in which it finds itself. Although an extremely crude analogy, it explains perfectly well just how the soul descends through the manifested worlds of the cosmos, taking upon itself numerous protective sheathes or bodies, to enable it to exist on the various levels through which it passes on its vibratory descent, until finally coming to rest in the transient world of corporeal matter. Because we are celestial by our very nature, living to all intents and purposes in an alien environment, albeit for a comparatively short while, our various bodies need to be energised to allow balance and equilibrium to be maintained. And so, we are equipped with a subtle anatomy, consisting of several streamlined energy vortices called Chakras.

The word Chakra means ‘wheel’ or ‘circle’ in Sanskrit, and these are connected to the endocrine glands and nerve plexuses through an extensive system of channels called ‘Nadis’. The word Nadi basically means ‘nerve’, only at a more subtle level. In fact, it is along these Nadis that Pranic energy flows, from the chakras to the organs of the physical body, thus ensuring that health is maintained.

Chakras are synonymous with electrical transformers as they more or less perform the same function by controlling the vital force as it streams-in from the sun. Incidentally, Prana is the word used in esoteric parlance to describe all energy in the universe. It is the subtle agent through which the life of the body is sustained. The more Prana that enters and remains in the body, the higher the quality of life. A reduction in Prana results in the lowering of your vitality, and ultimately a deterioration in the quality of your life.

Where there is no Prana, there is no life. Whilst Prana is in the air that we breathe, it is not the air itself; whilst it is not matter, Prana can be found in all forms of matter. The animal and the plant kingdoms take it in with the air, and should Prana not be present with each breath, death would surely occur. Breath is life; life is solely dependent upon breath. It is during the process of respiration that Prana collects in certain bodily centres, particularly the solar plexus, from where it is continually dispensed throughout the body. And so you can see that Prana has its own particular part to play in the manifestation of life, apart from the obvious physiological function.

Prana is also thought to be the principle responsible for the integration of cells into a whole. In fact, it binds you and everything else in the universe together. It is also responsible for animation, supporting your bodily movements and your body’s agility. With the passage of time Prana gradually withdraws from the body, thus restricting the movement of our limbs, and impairing the overall quality of our lives. When it finally withdraws, we die and our bodies then begin to disintegrate. And so you can see the importance of Prana and the part it actually plays in the manifestation of life.

Although there are seven major Chakras, there are in fact hundreds of minor Chakras located strategically all over the surface of the subtle anatomy. However, the seven major chakras are located across the surface of the etheric tract in the spine column, and are in some way synonymous with levels of consciousness, each containing your full spiritual and creative potential. Some schools of esoteric thought believe the chakras to be cosmic banks, containing all your experience from previous incarnations, and as you evolve so this experience is returned to you in the present incarnation.

When a child is born, although all the chakras are present potentially, the one at the base of the spine is the only Chakra functioning. This is called Muladhara and it is this chakra that is responsible for the instinctive actions of the baby, causing it to cry when it is hungry, and instinctively guiding its mouth towards its mother’s breast. The other six Chakras become active at the rate of one a year, and so it takes seven years for the entire Chakra system to function collectively. Depending on its upbringing, and what kind of parents the child has, at the age of seven its Chakra system has perfect resonance with the universe, and the child still subconsciously knows exactly who he or she is, spiritually speaking. It is only when the parents begin to chastise and programme their child that the polarity and resonance of his or her Chakras begin to change, causing the child to forget from whence it came, so to speak. The process of spiritual development is not so much a case of receiving as it is a case of remembering. Remembering what you have long since forgotten. You are an incredible force, a celestial traveller with the power to traverse through many different worlds.

Another integral part of your spiritual being is in fact the phenomenon of the aura. This is best described as a vaporous mass of electromagnetic particles surrounding every living thing, and life is in everything, albeit in varying degrees.

The human organism itself is an electromagnetic unit of incredible power, modifying, transmuting, and discharging energy, and is contained in its own spectrum of colour and light. Chemical energy is converted by the cells of the body into light energy, culminating into what is scientifically referred to as ‘Human bioluminescence’, an optical phenomenon that is seen with some deep sea aquatic creatures; the luminous glow that is seen around every living thing. Bioluminescence is the external manifestation of inner harmony or disharmony, whatever the case may be. And so you see, you are absolutely incredible and will live forever and ever.