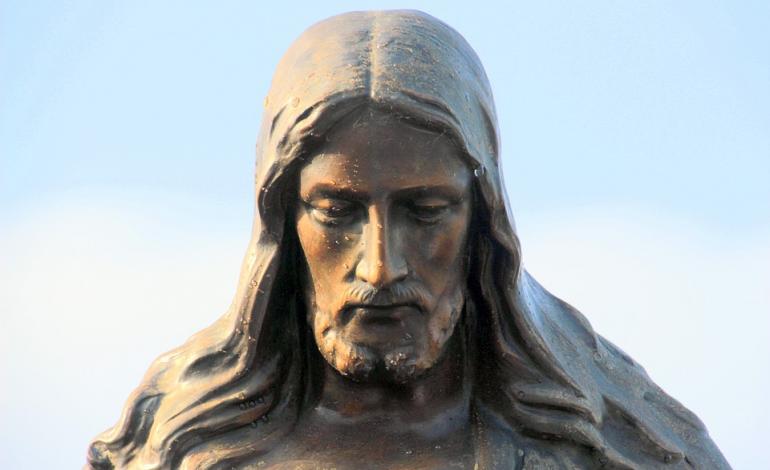 Alot of Christians believe that Jesus was a divine being before he existed here. This is the truth about Jesus. The Holy Trinity have been in existence for a very long time. This isn’t that difficult to understand. The Holy Trinity lived in the Whirlpool galaxy for a very long time. God and Jesus live in the Whirlpool galaxy but the Holy Spirit has adopted a new home here on planet Earth because this is what was promised by Jesus in the book of John. The Whirlpool galaxy is where human beings transfer into when they experience the phenomenon of death here. This is the 5th dimension most commonly called heaven. Jesus transferred his consciousness through the Higgs field (which is an energy field that encompasses everything that represents universal consciousness) into planet Earth’s consciousness (planet Earth is a living organism that sustains life) and into Mary. Jesus was powerful enough to do this, and he had to as part of the Holy Trinity’s agenda to help Earth evolve.

The reason this was possible is because it simply involves the transfer of consciousness and energy through an evolutionary process, and people transfer into the 5th dimension everyday through the Higgs field and the Higgs field takes care of the development and evolution of their bodies on the way up there because it’s the power of the universe. The universe knows what to do with living organisms because living organisms belong to the universe.

Jesus did this in the direction of planet Earth into Mary and developed into the structure of a human body. He did this to introduce divinity in a very powerful form and introduce eternal life into planet Earth’s consciousness and environment from the 5th dimension. Jesus brought heaven here so Earth could evolve and the promise in the Lord’s Prayer could be fulfilled, which states; “thy kingdom come thy will be done on Earth as it is in Heaven”. Earth is evolving now in a very powerful way and so is the Higgs field which is attached to planet Earth for the purpose of evolution and to sustain eternal life here.

This is one of the reasons why CERN discovered the Higgs boson is because the Higgs field which is universal consciousness is evolving here. Jesus also did this for the preparation of the Holy Spirit. The Holy Spirit does the same thing Jesus did, and he is known as the Paraclete. The Paraclete or Holy Spirit is known as the comforter, the advocate and the spirit of truth. The apocalypse means a disclosure of knowledge. The Holy Spirit will be teaching, guiding, healing and nurturing the human race into a state of evolutionary advancement and introducing eternal life here.

In the book of John chapter 14:15-17 it states; “If you love me keep my commands and I will ask the father and he will give you another advocate to help you and be with you forever the spirit of truth. The world cannot accept him because it neither sees him nor knows him. But you know him for he lives with you and will be in you”. The Bible was written a long time ago and the language was different back then. What this statement is saying is that human beings don’t understand the Holy Spirit like they do God or Jesus. Not a lot was written in the Bible describing the nature of the Holy Spirit. That’s why it says the world neither sees him nor knows him. Because the Holy Spirit walks among the human race and looks like a regular individual male. And it’s saying that you know him, because love exists here and that’s what people know. He lives with you means the Holy Spirit is evolving here and Earth is his new home. And will be in you means the Holy Spirit’s consciousness will be attached to human beings, Earth’s consciousness and the Higgs field for the purpose of helping the human race advance into a divine state of eternal life and evolution.

The Holy Spirit has been amongst the human race for a while now living life likes a human being. The Holy Spirit is evolving here now and his presence will be known soon through the introduction of his power through divine works. He had to do this with the structure of the human anatomy because he is evolving the human race in the human environment and he has to carry DNA because he evolves first here and DNA is the building block for evolution in its entirety here. You’ve probably heard the statement before that God made man in his own image. Jesus was here and evolved in the structure of a human body. The Holy Spirit evolves here in the structure of a human body as well. The Holy Trinity is responsible for helping planet Earth and the human race evolve, and the next stage which is the apocalypse will be introduced by the Holy Spirit and he is evolving here now. He will make his truth, his love and his divinity known soon first through the United States government because the government here contains the most power within world consciousness. This will be the proper and most powerful catalyst to precipitate the introduction of this event.