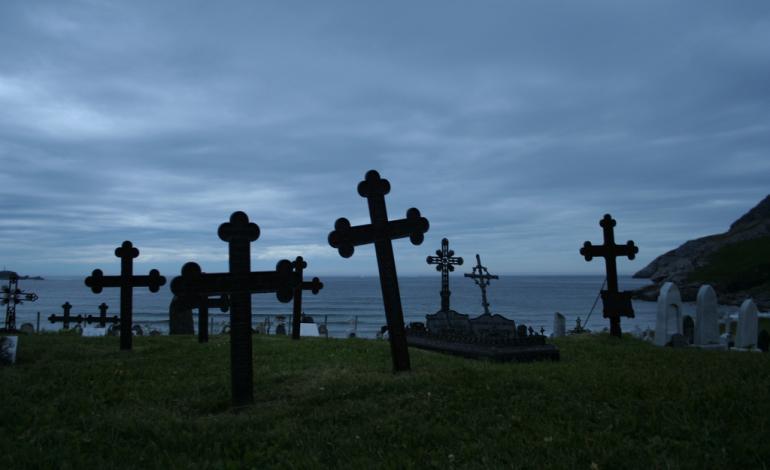 Psychical research as a field of inquiry is not just about hunting ghosts or traipsing through haunted graveyards. Although that may be the fun part of what we do, if your idea of fun is sitting around some dank, dark musty old basement waiting for an apparition to show itself.

Psychical research is a field that concerns itself with the metaphysical side of the paranormal. Near death experiences, out of body experiences, reincarnation and my personal favourite, psychic ability. Assuming psychic ability exists at all, which I believe it does, what mechanism in the human brain makes it possible to talk with the dead? Or predict future events with pinpoint accuracy? Nobody really knows for sure, and there are just as many theories to explain the phenomena as there are questions.

I usually do my best thinking when I’m working out and yesterday was no different. As I was walking along a path at a local forest preserve I came upon a family of deer grazing in a field. I stopped for a moment to watch and got to thinking about life and the building blocks of it, Deoxyribonucleic Acid, DNA. Who just randomly thinks about that? Apparently I do; nerd.

DNA is the molecule that encodes the genetic instructions used in the development of all living things. DNA is the stuff that determines whether you’re a deer grazing peacefully in a field with a devil may care attitude. Or some dude walking along a path thinking nerdy thoughts. DNA makes you, you.

In their research, scientists have determined that only 2% of the human genome is made up of the building blocks of life. So what about that other 98%? Surely it serves a purpose. That other 98% is what is called non-coding DNA, otherwise known as “Junk DNA.” And due to its mysterious purposes there is no shortage of theories, Crackpot or otherwise.

Scientists really have no clue as to the purpose of this non-coding DNA. Some believe that it is left over from what helped humans evolve from tree swinging monkeys to what we are today. One theory I find interesting is the notion that this junk DNA is somehow the proof that mankind is related to extra-terrestrials. This theory might sound absurd to some, but again it’s just a theory. What concerns me as a Psychical researcher is this, is it possible that this 98% of non-coding DNA is where the truth about psychic ability lays?

When I meet a person who claims to have psychic ability, and yes there are more phonies than not, they usually say something like, “well, I inherited it from…” List favourite grandmother here. People who claim to have the gift, or curse, depending on your point of view, say it runs in the family. And some of the research appears to back that claim up.

I have always maintained the belief that there is a biological component that causes a person to be more sensitive to the spirit realm. Could this junk DNA be the component that gives people these uncanny abilities? Ultimately this could explain why psychic ability runs so heavily in some families and not in others.

In the Spider-man movie, wise old Uncle Ben tells his nephew and burgeoning super hero, Peter Parker, that with great power comes great responsibility. I have always loved that line because it’s completely true. Being a person with psychic ability does not make you a better person; it just means that you were able to tap into something no one can explain just yet. It does, however, saddle you with the responsibility of communicating with the dead or helping some terrified family understand what is happening to them.

If you are a person with these abilities develop and learn to use them. And don’t be afraid of people who might call you a fraud or that you don’t belong in the paranormal community because you do belong.