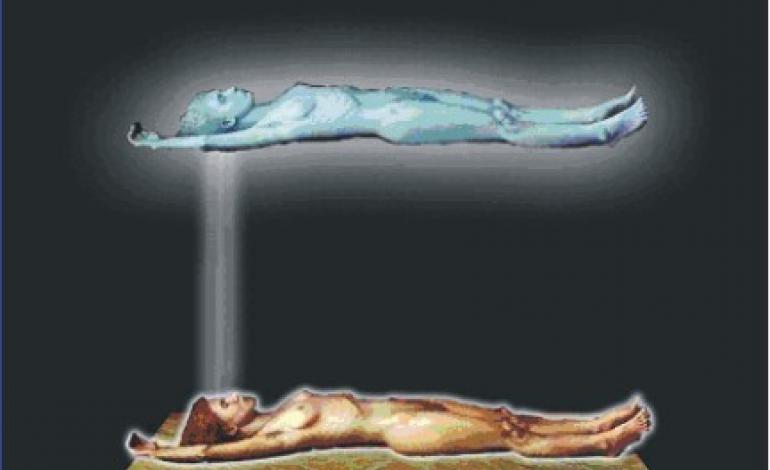 In October of 2014, it was reported that scientists in Southampton were undertaking one of the biggest studies ever conducted, into the subject of Near Death Experiences - an area of study that has always been somewhat controversial in the field of science.

260 patients, from across fifteen hospitals, were studied in relation to the NDEs that they experienced during a period of time when the individuals were clinically dead. The results have gathered interest from many, including parapsychologists, neurologists and even spiritualists. To the sceptic, such studies are met with a degree of disbelief. Surely such experiences are down to oxygen deprivation, hallucination, or perhaps even drug-induced? Yet it has been stated that more individuals actually experience the typical NDE encounter when they are not on high dosages of medication - according to a hospice nurse, Dr Penny Sartori, who studied NDEs. “Indeed,” said the hospice nurse, “when I analysed my research, I found that pain killing and sedative drugs make it less likely that an NDE will occur.

So, what exactly is an NDE? Does this experience offer us a glimpse of life after death, and the long-sought after proof that there is something beyond our physical life?

For as long as human beings have been in existence, they have been seeking answers to the mystery of life after death. Whether it is the Egyptians, who buried their dead in tombs with supplies for them to bring into the world beyond, or the Ancient Greeks who believed their souls travelled to the Underworld under rule of Hades, there has always been a belief that there is more to life than the here and now.

The Victorians took this belief system to a new level; it was no longer enough to simply believe that there was a life after death, the people of the early 1800s wanted to actively engage with those who had passed over – thus springing fourth the birth of the Spiritualist Movement. This newly founded religion was based on the idea of communication with spirit through séance and mediumship.

Step forward to the here and now, and you will likely already know about the means with which people across the world are trying to find the answers to the mystery of spirits and the after life. Television is host to a number of popular ghost hunting shows, all desperate to validate claims of paranormal activity; parapsychologists run courses and workshops of the study of spirits; mediums give readings on stage and eager enthusiasts run ghost events where members of the public can pay to try and experience ghostly activity. The list goes on – and whilst some of these groups or people may be making advances, we are still some way off from validating and proving that there is life beyond death.

Sceptics are still waiting to be convinced; unbelievers remain unmoved by what has so far been presented as evidence. Whilst I personally enjoy shows like Ghost Adventures, because of their use of up-to-date technology (and their captures of interesting phenomena), and whilst I find certain shows by medium psychics entertaining, I do wonder if the answer to the mystery lies in the NDE. When I read of the study being conducted by Southampton University, I was glad. Here is an opportunity for a somewhat fringe subject to take central stage, and call upon scientists to take the subject more seriously.

What is an NDE? How does it occur? For this experience to happen, the heart has stopped working, preventing the pumping of blood to the brain and ultimately resulting in death due to starvation of oxygen. It is generally believed that brain activity is altered in mere seconds with no oxygen supply, [3] and that brain death occurs in about 4 minutes. This means that anything a person experiences after that time frame, may give a massive clue to the mystery of what lies beyond physical expiration.

Whilst looking into this fascinating subject, I became impressed at the wealth of information that is available – not just from the people who claim they have experienced an NDE, but also from well respected neuroscientists, psychologists and cardiologists. All who have contributed to this fascinating field of study have different opinions on what the NDE means – but to those who believe in life after death, it is a positive, scientific and well respected contribution to the paranormal field of study.

So what is the classic make-up of a Near Death Experience? Many who have had this experience have reported the sensation of leaving their body, being able to look down on their physical self, travelling through a tunnel toward a bright light, seeing and interacting with deceased family and friends and an overwhelming sense of peace. Quite common is the reaction that people have when they’ve been resuscitated – a sense of not wanting to return to everyday, normal life. Wanting to go back to the other side.Of course there are sceptics. There are those who believe that any experiences occurring whilst in the clinically dead state is the result of oxygen starvation and hallucination. This does not answer the mystery of how, when certain people have died, they have been able to return and recount in detail things that were said and done during their hospital treatment whilst they were dead. Those individuals are impressive, not just because of their out of body experience, but because they have been able to validate things that they technically should not be able to – unless, of course, there is an after-life. It is not uncommon for those who were pronounced clinically dead to to be able to describe what a doctor said or did, or even point out where an item has been placed in another room – all of which happened while they were flat-lining on a hospital bed, with no brain activity.

What I find exciting about this aspect of paranormal study, is how it enforces engagement with professionals who would otherwise ignore such a fringe subject. With such well respected and intelligent names in the scientific community contributing to the field, it becomes harder for people to so easily dismiss those who believe in life after death. It is one thing to say that somehow a medium is faking their gift, or that a television show may be enhancing their evidence (not that I am suggesting any of those things are true), but one cannot however so easily argue away the indisputable fact that across the world, there have been thousands upon thousands of recorded accounts of people who were clinically dead – and were revived and brought back with exceptional stories to tell. An international authority on near-death states, Dr. PMH Atwater, has selected hundreds of accounts of NDE experiences and collated them into her book, The Big Book of Near Death Experiences: this publication alone is quite eye opening in the descriptions of individual’s experiences and the science behind them. For one wanting to learn more about this subject, I highly recommend her work.

So could the study of NDEs be the doorway to answering one of life’s biggest mysteries? I hope so. Of course there will always be sceptics – and rightly so – but with scientific advances and more and more accounts of the classic NDE experience being reported by people the world over, we may inch closer to the truth. We may find ourselves closer to answering this puzzle.

Raymond Moody, a psychiatrist and doctor who believes that people have experienced the after life through studying thousands of cases, has become a big name is the NDE field. He has been a big proponent of the idea that these accounts are hints of soul survival. Moody is quoted as saying:

“I don’t mind saying that after talking with over a thousand people who have had these experiences, and having experienced many times some of the really baffling and unusual features of these experiences, it has given me great confidence that there is a life after death. As a matter of fact, I must confess to you in all honesty, I have absolutely no doubt, on the basis of what my patients have told me, that they did get a glimpse of the beyond.”

Maybe there will never be the kind of proof that will satisfy the disbelievers; more than that, perhaps we are not really meant to know the full truth on this side of life. However if we are to be led with clues, then I feel that science has some serious contributions to make when it comes to life after death evidence. This in itself is refreshing; to some sincere doubters, unless a scientist can verify, then there is no cause for them to believe. Yet here we have an exciting realm of possibilities opening before us, underpinned by scientists who simply cannot ignore the challenges that the NDE experience poses.

[2] Dr Penny Sartori, from her book, The Wisdom of Near Death Experiences.