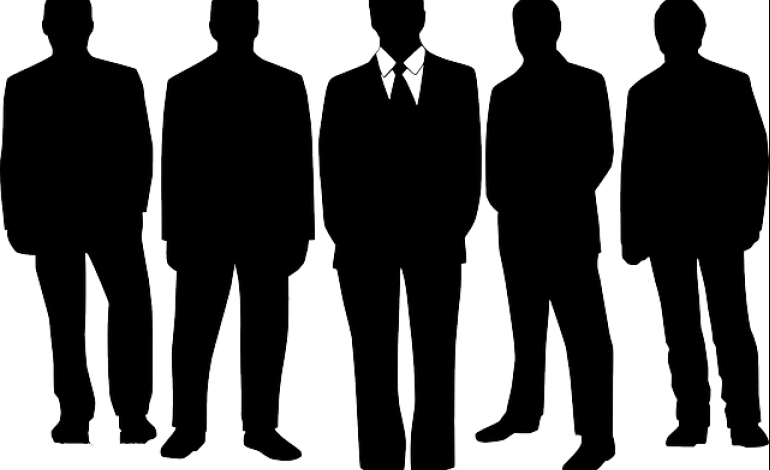 They are watching you, you know that, right? They bug your phones and listen to your conversations. They read your emails and carefully scrutinize every last word. And when you least expect it a long black car with blazing white headlights pulls quietly into your driveway. Three men dressed in freshly pressed black suits, flawless white button upped shirts and wrap around black sunglasses ring your doorbell, regardless of the time of day. These frightening characters that seem to step out your nightmares are the Men in Black and if you were unfortunate to witness a UFO and dared to tell the tale, they have arrived to shut you up.

In 1997, director Barry Sonnenfeld released a very funny and entertaining movie that would introduce a whole new generation to one of the most enduring and frightening legends that surrounds the government’s attempt to cover up the truth about UFOs. The film, MIB, takes a light-hearted approach pertaining to a super-secret organization whose purpose is to keep the human citizenry of the Earth blissfully ignorant of aliens living amongst them. Smith and Jones did a great job of playing the Men in Black; however they failed to capture the more sinister aspects of the real MIB.

Researchers who make it their purpose in life to study these shadowy figures believe there is historical precedence for these black figures. For centuries people have come into contact with sinister men dressed head to toe in black clothing. Those unfortunate enough to have come into contact with these nightmarish beings believed they met the Prince of Darkness or one of his minions. Obscure historical records that make mention of these manifestations, detail how these black clothed beings demanded the good Christian soul abandon their faith in God and sell their souls for untold wealth and prosperity. But all that changed at the beginning of the modern UFO era, when these black clad beings traded black robes and black tricorn hats for black suits and fedoras. No longer did they seek your soul but rather the silence of the unwitting UFO observer.

The strange and often surreal encounters with the Men in Black seem to follow a pattern with their appearance. Usually, one of these characters or three, appear at your doorstep wearing a black suit and tie, white shirt and black sunglasses that hide their probing eyes. Usually, but not always, the strangers claim to be a member of some obscure branch of the government investigating a report of the witness seeing a UFO. At first they may seem friendly but once they gain access to your home using sugary words, their true intentions are made known and the real strangeness begins.

Many who claimed to have into contact with the MIB, report the strange behaviour of these otherwise seemingly normal men. When the agent is offered a glass of water, they inspect the glass and its contents like they have never seem them before. Others report their otherwise friendly pets becoming afraid and highly aggressive to the MIB who demand the animals be removed.

Perhaps the oddest thing about the MIB is their strange, almost non-human, appearance. The skin of an MIB has been described as waxy with no lines on their faces. In a few rare cases the MIB demands that the window blinds are closed because their skin is oversensitive to sunlight. Witnesses have described their eyes as being unusually large with pitch black lifeless pupils that seem to have an almost hypnotizing effect leading some to believe that the MIB are vampire creatures.

After the initial greeting and pleasantries, the MIB would reveal their purpose for their visit. The men would go about asking a series of questions concerning the report of witnessing a UFO.

Visitants have reported the MIB using outdated language that made them sound like a 1920s era gangster.

Shortly following the question and answer session, the MIB’s demeanour becomes dark and sinister. Witnesses have been threatened with jail time or financial ruin if they speak any further of their UFO experience. On many occassions eyewitnesses have even been threatened with bodily harm if they dare to tell another soul about what they saw. And after the witness was properly intimidated and interrogated, the MIB would get back into their car and vanish.

You may ask if such strange stories about these sinister beings are true. Is it possible that there are a group of men running around scaring the hell out of UFO eyewitnesses? The answer appears it be yes. Out of the countless reports of the sinister Men in Black, two seem to really stand out among the rest. And may just convince the world that they want to shut you up.

Albert Bende, was a man who became intensely in the UFO phenomena in the early 1950s, a time when the UFO debate was heating up. Bende believed that the mysterious craft people were reporting were being piloted by beings from another world. Bender who was credited with starting the world’s first civilian UFO investigation group believed he knew the secret of these alien beings and threatened to reveal that truth in his newsletter. What Albert Bender, had not counted on was that those involved in the cover-up did not want that truth to be told.

One night as Bender was working in his office he was overcome by a strange tingly sensation that started in his toes and made its way up to his head. After shaking the sensation off, Bender’s attention was drawn to a black sedan sitting in his driveway. As he stood there wondering who this car belonged to a loud knocking sounded at his front door scaring the man half to death.

When Bender opened the door he discovered a tall gaunt man dressed in a black suit standing on his doorstep. Before he could properly greet his strange night visitor he spoke, “Albert Bender, if you value your freedom you will not make your findings on UFOs known to the public.” The frightening visitor then leaned in and said with an intimidating growl, “If you do, you will be incarcerated in a maximum security prison for the rest of your natural born life.” Without saying another word, the sinister being backed away never taking his eyes off Bender’s. He then got back into his car and quickly drove away.

Bende was so terrified he never made his findings known to the public. In fact, Albert Bender shut down his group and his newsletter. The secret he claimed to know died with him. Whoever his visitor was succeeded in making sure Albert Bender remained silent. Forever.

Our second well documented case of an MIB, occured in 1976 to respected psychologist and hypnotherapist, Doctor Herbert Hopkins. For several months, Dr Hopkins, was acting as an independent consultant dealing with cases of alien abductions. And like Bender several years before him, it would be a dark night when the Men in Black appeared on his doorstep.

Late one night as everyone slept, Dr Hopkins sat in his office working on some notes when his desk phone let out a strange eerie ring. A ring it never made before. When Dr Hopkins answered the phone a strange, robotic sounding voice on the other end claimed to be a representative from a New Jersey paranormal research group. Before Hopkins could say a world the man emphatically said it was of the utmost importance that he speaks in person with Hopkins. The man said he would be over shortly and the line went dead. And before Hopkins could put the phone down a loud knock came to his front door.

Startled by the knock, Hopkins opened the door. He was greeted by a pale skinned man in a black suit and sunglass that were almost too big for his face. As Hopkins asked the man how he arrived so quickly, the strange man brushed passed him. Dr Hopkins was shocked by his late night visitor’s rude behaviour and watched as he seemed to inspect his house.

After closing the door, Dr Hopkins, turned to face his rude visitor when terror gripped his heart. The Doctor would later describe the man as having a deathly white pallor that gave him the appearance of a corpse. The strange nature of his visitor became even more apparent when the man removed his hat and sunglasses. Dr Hopkins, felt like fleeing his visitor when he saw he was completely hairless. Not one single strand of hair on his face or head and his face was smooth and pale without blemish. Later, when telling his story, Hopkins reported that when the man rubbed his lips, lipstick smeared revealing ghostly white lips. Hopkins was convinced that whoever this man was he was not of this Earth.

The bizarre man told Dr Hopkins, that he was an agent with the US Air Force and it would be in the Doctor’s best interest to burn his research on alien abduction. Dr Hopkins, who was furious by his intruder, demanded he be shown credentials. The strange visitor shot back, “you had better heed my warning.” The stranger turned to the door and before he walked out said, “I must be going. My energy is getting low.” The man left jumped into a black sedan and drove off into the night.

At first Dr Hopkins, disregarded the man’s warnings as the ravings of a lunatic and went back to his research. As the weeks passed, his wife and children reported being harassed by black suited men in black cars. Mrs. Hopkins even claimed that one of the cars tried running her car off the road into oncoming traffic which would have killed her. Now convinced the man wasn’t a crackpot, Dr Hopkins abandoned his work and burned his notes as suggested by the strange man in black.

Reports of strange and frightening encounters with men in black suits persist to this day. Eyewitnesses of UFOs get visited frequently by MIB or report being watched by men in black sedans. Who are these mysterious Men in Black? Some believe they are government agents trying to cover up knowledge of UFOs. Others believe they are the aliens themselves masquerading as human agents. Whether or not they are human one thing is certain they are scary and they want you to shut up about UFOs.