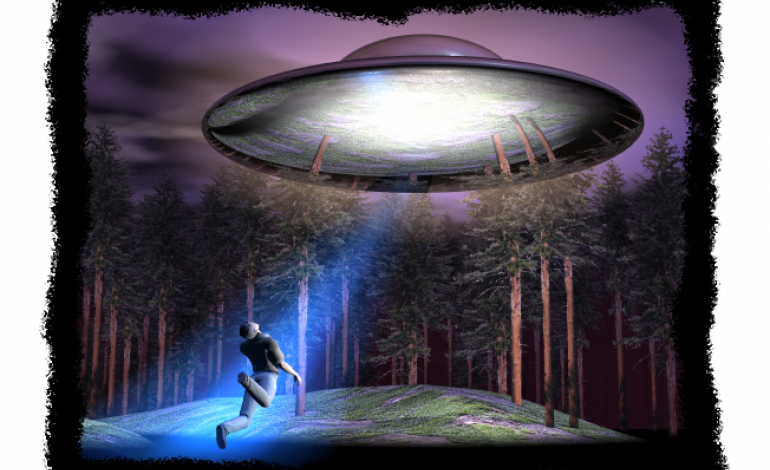 Alien abduction is one of those highly controversial subjects in the paranormal that few are reluctant to discuss. When faced with this subject, you can’t help but wonder why an advanced alien culture from a distant world would want to abduct our people. Seems completely illogical I know, but I used to think that way until I met “Jack” a veteran of two wars with quite the story to tell.

In 1995, I was invited by a friend to meet a friend of his family in Evanston, Illinois a large town just north of Chicago. My friend explained that Jack was a veteran of both World War II and Korea and he had a strange, almost unbelievable story I might interesting. To me, all these older gentlemen have nothing but great stories to tell, especially if old war stories were involved. Seeing that I was hooked, my friend set up a meeting with the man who was about to change the way I perceived my place in the universe.

When we arrived at Jack’s apartment, the elderly man met us at the door with a smile and a warm greeting. When we walked in I was delighted to see old pictures of Jack and his family mixed with souvenirs from his trips around the world. I could tell Jack was a well-travelled man of the world.

After ushering us into his living room, Jack offered us a beer stating he never trusted a man who didn’t drink with him. As we sipped our drinks, we chatted with Jack about his service to the country and his many travels around the globe. Jack had lived an amazingly fulfilling life, I admit I was jealous. He missed what he called his “glory days.” During a lull in the conversation my friend leaned in and told Jack that he brought me here to hear about his strange experience in Korea. Jack’s demeanour instantly changed. Gone was gregarious man that welcomed us into his home, his smile replaced by a frown. Jack leaned forward in his chair and with a serious look and tone asked, “You want to hear my story, boy?” I shook my head in the affirmative and Jack launched into his weird story.

It was the final of Korea and we finally had those red bastards on the run (his words. Not mine). One night, I and two other men pulled patrol; it was our duty to patrol the immediate area looking for any enemy soldiers trying to sneak up on the camp. Something we weren’t really that concerned about as none were seen for weeks.

About two hours into our patrol one of my companions looked off to the east as a strange light danced in the distance. We were about to call it in when we noticed that whatever this light was it was approaching at a rate of speed much faster than any plane we were familiar with. Suddenly, were ripped away from watching the light when bullets started whizzing past our ears. The enemy was still there and the light had nothing to do with them.

For what seemed like an eternity we fired back at the enemy paying no attention to the strange lights in the sky. And just as abruptly as it happened the enemy stopped firing and the area was as quiet as a tomb. I looked at my parents who were staring into the sky above us. When I looked up my gaze was met with the strangest thing I’ve seen, a dome shaped craft hung silently in the sky over our heads. I was about to sound a retreat when everything went suddenly black.

Two days later I wandered into camp dragging my rifle behind me, dazed and confused. Two MPs immediately took me to the camp hospital to get checked out. After being examined by several doctors who gave me a clean bill of health, I was taken to my CO’s office and sat down. My CO, paced back and forth in his office just staring at me. Finally he asked where I had been for two days. I looked up at him, and to the best of my memory I told him what happened.

When I was done, I felt nothing I m but dread. They would sure enough charge me with desertion and I would spend the rest of my life in disgrace. But then my CO did something I did not expect. He placed his hands on his desk and looked me square in the eye. He told me I was never to tell anyone what I had experienced. He then sternly warned me that if I did I would never see the light of day again. Although my head was still cloudy I understood him completely. And 3 days later I was on a plane headed for home.

A couple weeks after returning home, I got a great job downtown where I met my wife. He handed me a picture of his wife, and told us she died a few years ago of cancer. Things were going great; I had everything I ever wanted. We were the typical all-American family. Until those damned dreams began.

I always knew that something strange happened to me back in Korea. Hell, they don’t threaten you with jail time like that, unless something happened that they didn’t want the public knowing about. Anyways, the dreams. There were many nights I would wake up in a cold sweat, terrified out of my mind. Panic would instantly set in as I dreamt about being taken aboard that dome shaped craft and being examined by strange hairy creatures. Whatever was happening to me was not normal.

As the dreams progressed they became more like memories. I remember them trying to calm me down by saying over and over again, “Don’t worry. We won’t hurt you.” After several weeks of the dreams and memories, I began reading up aliens and I learned that I wasn’t alone. Others had experienced similar events in their lives that fundamentally changed them. Jack paused for a few moments and said I know that I was taken by creatures from another world and I don’t care if people don’t believe me.

As my friend and I left Jack’s modest 1 bedroom apartment, I couldn’t help but reflect on what I heard that night. On my drive home I wondered, did I just hear the paranoid delusions of a man who wanted desperately to believe what he thought happened to him? Or, was this a man who had a real experience, an experience that thousands have had over the last 70 years? Jack has been dead now for a little over a decade, he maintaining that his story was true. And you know what, I believe him.