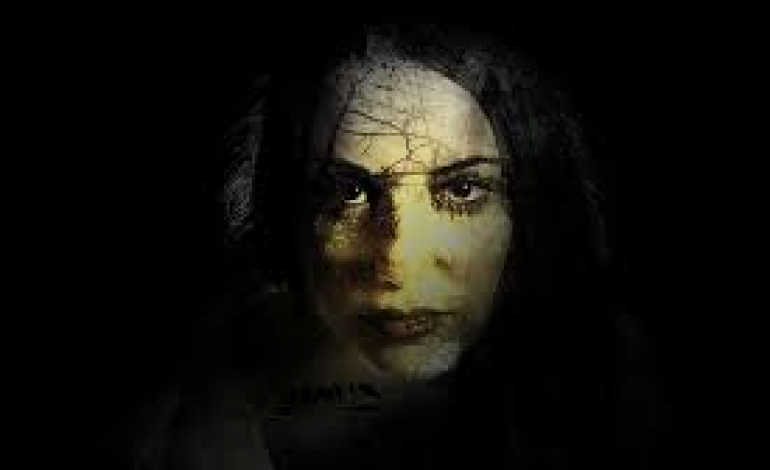 Over the years there have been many stories about hauntings. From Headless spirits to Grey Ladies. But what would you do if you lived in a haunted location? This is my story.

I grew up in a Georgian house in Nottinghamshire. The house was in a rural area in a small village just outside of Lincolnshire. The first encounter I had with a ghost happened when I was twelve years old. A family friend had died and I was crying in the study. A strange atmosphere started to engulf the room making me feel light-headed. I looked up to see an outline of a woman standing in the doorway. I knew exactly what she was and she knew I could see her. I was not scared but fascinated by her presence.

Since that day I started to see her more and more. I called the ghost Lucy and she would follow me around the house. I never saw her face only the outline of her and the dress she wore. When I used to go to the bathroom at night-time she would be at the bottom of the stairs looking up at me. Or sitting down near the grandfather clock, in the hallway. Obviously I was eager to tell everyone about Lucy! However when I did they did not believe me. As I reached the age of fourteen Lucy began to scare me a little.

Poltergeist activity started to happen throughout the house. Glasses moving on their own, doing circular motions around the table. One of the other incidents happened one evening when I was laying my uniform out for school. I put my socks on the chair which was in the corner of my room. Coincidently Lucy used to sometimes sit there and watch me sleep. Within seconds the socks had vanished into thin air! I had only turned my back for a few minutes. It made no sense and I couldn’t quite believe it at first. I looked around to see if the socks had fallen onto the floor. There was no trace of the socks at all! I then called out to Lucy asking her to return my socks. Within a few seconds the socks were back on the chair.

Our dogs picked up on Lucy one time. One morning I came downstairs and all three of them were standing round one of the windows, which used to be the front door in the Georgian times! Growling and barking. As time went on I became more and more obsessed with the paranormal activity in the house. I didn’t used to talk about anything else!

It was almost like something had a hold of me. I started having reoccurring dreams that used to seem so real. About a spiritual force throwing me around my room. I used to wake up in cold sweats paralysed by fear not being able to move. So I started sleeping with the light on.

One day my mother went shopping and I stayed at home with the dogs. Watching television in the sitting-room I tried to ignore the atmosphere which had started to form. Before Lucy would manifest or supernatural activity would happen I would feel dizzy. A few minutes passed and all of a sudden I could hear footsteps coming from the upstairs landing. Being home alone I knew no one was up there. I sat still hugging the dogs as the footsteps continued above. I remember feeling quite scared by that incident as I was becoming more aware of Lucy. And I knew that I was the only one who could see her out of my family.

It wasn’t until I was sixteen that my mother told me that she had seen a woman around the house. Before I was born she saw a woman walking down the hall-way. As well as a little boy on the public bridleway which used to belong to the house decades ago? However my mother could no longer see the spirits when I was born. Unlike before I wanted to find out why Lucy was still in the house and wanted to help her move on. I didn’t know a great deal about the history of the house only that it had once been a farmhouse. As time went on Lucy would start to mimic my mother’s voice and call my name. I would always answer thinking that it was my mother.

One incident sticks out like a sore thumb to me. The most terrifying experience I have probably ever had. One rainy cold evening I was in bed. I used to have a mirror in my room next to my bed which I always used to sleep next to. While nodding off to sleep I became aware of Lucy’s presence in the room. The previous night my best friend had come round for a sleep-over and she would never sleep in the guest-room by herself. So I bunked in with her and while we were talking we would hear foot-steps around the bed. That only happened once when she came round.

Lucy’s presence was different from before it was more intimidating. Opening my eyes I froze as I saw a reflection of a dark figure looming over my bed. The figure was roughly about six-foot and was black. I’m not sure if it was a shadow ghost but it frightened the hell out of me. I didn’t say anything because I didn’t know what to do. So I fell back to sleep and prayed for it to go away.

Three years ago I moved away from that house. I stopped seeing Lucy during the moving process so hopefully she has moved on. However that was not the end of my paranormal experiences.