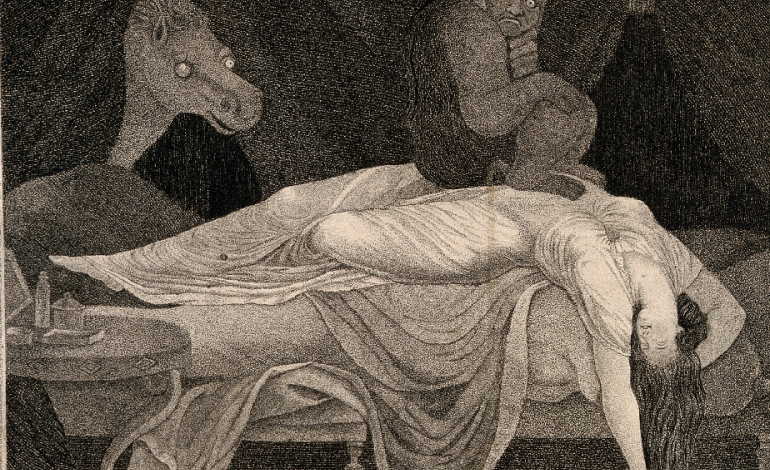 I snuggle down in my warm bed; the humming of the heater can be heard from the boiler room. The birds chirping are faint now, almost inaudible.

As I drift off into sleep, I feel like I am not alone in my room. Considering that my house was haunted this feeling was very common to me. It was not long before I was in “The land of nod”

We have all had a dream where it’s felt like we are still awake, the reality of it is so true that we question as to if we are awake or not. I open my eyes, I’m still in my bed, it feels like no time has passed at all, but the atmosphere has changed somehow. The feeling of being watched has dramatically changed.

The best way I can describe it is, it felt like a thousand eyes were on me, and they were glaring at me, so much that I felt costraphobic in my dream. I was in paralysis I couldn’t move in my dream. A tall dark figure was standing beside me; all of a sudden I was flung up into the air by an unknown force and flew across my room in an aggressive manner.

Waking up I tried to comprehend what had just happened, I would often have dreams like this, so I was used to it, But after every dream like that I was filled with a horrible feeling, which to this day I can’t describe. It’s almost like I had encountered a person who could somehow get into my dreams and who was tormenting me there.

Even after the dream I couldn’t physically move, I always woke up in a sweat. I knew the ghost was lingering in the hallway outside my room, I could sense them. I used to scream the house down until one of my family members would come to my aid. Or in a rush of panic I would brave running to their room, knowing full well that the ghost that haunted are house would chase after me.

I was experiencing a thing called ” Night Paralysis” it was very common apparently, but I felt that my dreams were linked to the haunting in my house somehow, even to this day I don’t know if they were.

Is it possible that when we dream and go to” Dreamland aka the astral plane” and that we can encounter any manner of spirits?

Night paralysis has been linked to mental health, nothing to do with the spiritual aspect of life at all. Which in some cases could be true, but in my instance I believe it was spiritually linked.