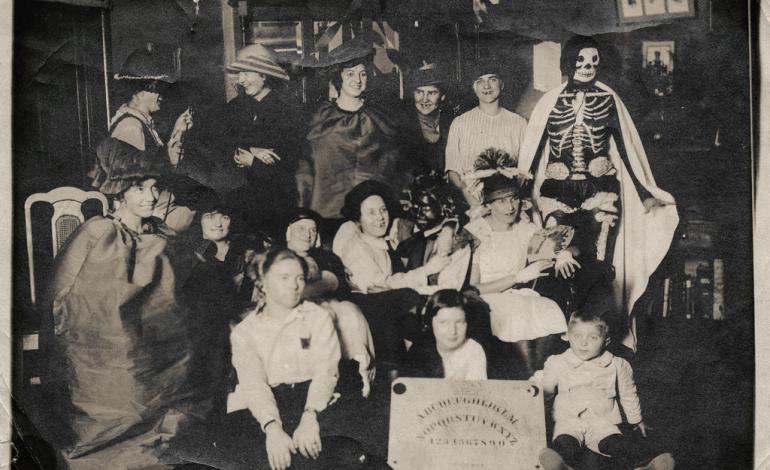 I don’t have a lot of faith in, or fear of, ouija boards. This isn’t always a popular opinion in the paranormal community and I’m sure some people are convinced that I have no understanding of the spirit world, but it is an opinion that I stand behind. Investigators often claim that spirits attach themselves to and attempt to communicate through objects important or significant to them in life. As a skeptic, I can understand and accept the logic used to form this theory but if it is correct, what kind of attachment can a spirit form with something picked up in the toy department of a discount store? I am willing to accept many possibilities when it comes to unexplained phenomena, but the idea that a commercially produced board game could create a dangerous portal to the spirit world is just too improbable for me.

Those who believe in the mystical powers of ouija boards assert that they open up portals to the world of the dead, allowing both spirits and demons to enter into our world. What paranormal investigators seem to be ignoring is that any object or tool, including digital recorders and ghost boxes, that is used to attempt to communicate with ghosts opens those same portals. Paranormal investigators swear by these and many other tools with little talk of the dangers they may present. Maybe the dangers lie more in the beliefs of the investigator and less in the tool being used.

A ouija board may be fun to play with in the midnight hours of a slumber party, but in terms of verifiable research they are of little value. With all of the tools and gadgets available to investigators and researchers today, ouija boards are arguably the least reliable and most open to manipulation by investigators. Scientists and skeptics alike will contend that any activity surrounding the use of a ouija board is merely a parlour trick instigated by one of the participants to frighten the others or a result of the groups collective desire to have a paranormal experience.

Promoting the results provided by a ouija board as evidence of the afterlife serves only to give credence to the idea that paranormal research is nothing but quackery. The scientific and skeptical communities will never accept or rely on the use of these boards. The evidence that believers claim they provide is really nothing more than someone’s personal experience, making it open to interpretation, unprovable and unreliable. This makes ouija boards essentially useless in an evidence based investigation regardless of how much a person may believe in them.

The merits and dangers of using ouija boards will likely be argued for as long as people are interested in the unknown, but it might be time to put that debate to bed. Whether you believe that they are a valid tool for talking to the dead or simply a parlour game popularized in the 19th century, the world at large is never going to look at the study of the paranormal as a serious endevour when paranormal investigators use something so outdated and unprovable in a technology and data driven world. With the plethora of new equipment and investigative techniques developed in the past ten years it might be time to put the ouija board back in the closet.