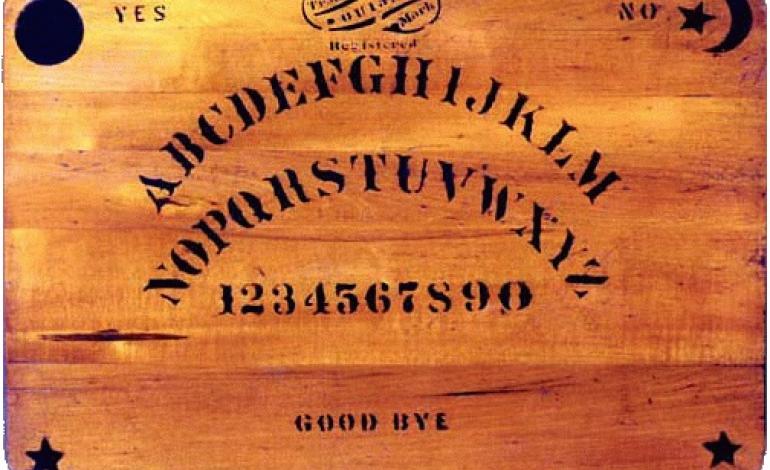 The 19th century gave birth to an era of spiritualism in America, the likes of which had not been seen before. Mediums, like the Fox sisters, went public with claims of being able to channel the deceased. This appealed not only to the masses who wanted to contact those who passed at early ages from illnesses and loved ones who went off to fight a war on their own soil, never to return home; but also those looking for answers to improving life for themselves and mankind as a whole. Séances, rapping, table-tipping and automatic writing became evening activities held, not only for answers, but as a way to entertain. Another component of these evenings was talking boards… after 1891, specifically, for the most part, Ouija Boards.

So, what takes us from family-friendly tool designed to seek answers from the unknown to the demon-summoning board of evil that it has become today? The answer is a movie that terrified its audiences by preying on their feelings of helplessness and despair.

Based on the allegedly true story of the Exorcism of Roland Doe (AKA Robbie Mannheim), though some question the veracity of whether the events were paranormal at all or simply the actions of a deeply disturbed young boy. The Exorcist tells the tale of a child who becomes possessed by a demon after experimenting with a Ouija Board. The story, to this day, is one of the most memorably frightening movies ever made and still one of my personal favourites.

Admittedly, there were a couple of murders allegedly attributed to the Ouija Board being used between its creation and 1973. While tragic, it is a comparatively low number for a nearly hundred-year span for such a supposedly evil tool. Now, suddenly, after we watch a little girl get possessed, no one should ever have one in their homes again because it is a forgone conclusion that we will be speaking perfect Latin while spewing pea soup and spinning our heads 360 degrees?

So are we to believe that this spike in alleged demonic activity just happened to coincide with the release of this film? Perhaps the infernal forces just enjoy a great horror movie as much as the rest of us? As Chris Sutton joked about on the Ectoplasm Podcast (episode #110, May 20, 2016), “…the pit has got to be empty if there is demons, cause they’re all here.” Seriously though, why did the claims in Ouija-related malicious activity escalate so dramatically?

As Franklin D. Roosevelt said in his Presidential inaugural address, “...the only thing we have to fear is…fear itself…” (Washington, D.C., March 4, 1933)

As with most things in life, you tend to get out what you put in. Going into a situation with a negative attitude will often net lesser results than approaching that same occasion with positivity. The reputation the Ouija board garnered from The Exorcist (and all the Hollywood horror movies that decided to use it as a plot device following The Exorcist’s success) gave it instant notoriety as a ‘plaything of the devil’.

It would make sense to me then, that if you go in to using the Ouija with the preconceived notion that something bad is going to happen, odds are it will. If you attempt to contact the other side with fear in your heart, you are going to reach out to something that will want to feed on that fear. In this case, I feel that those people who fear the board with such conviction are capable of manifesting their own ‘demons’. I am also very plain in my advice to people who have these opinions…DON’T USE THE BOARD!

However, if you can manage to focus genuine curiosity and pure positivity into it, it would make sense the opposite would hold true. As many beings of darkness that exist, there must be just as many beings of light to maintain the balance. It is practical to think then that we should also be able to call on angels (if that is your belief system) or at least non-evil entities.

This is important to remember…even though you put positive thoughts into using the board, you can still have interactions that you do not like or want to continue (just like with living, breathing people). That doesn’t make them evil or demonic. Just tell them that you are leaving your session and give the board a rest for a while. When you do go back, try to remain positive.

From my own experience, the Ouija can be a wonderful tool to communicate with the spirit world and even to delve into your inner self and learn about your higher consciousness.

It is a matter of semantics whether you believe we control the board subconsciously or that there is a supernatural force guiding us, for the sake of this argument. The power of our own thoughts still should affect the outcome received on the board. In my opinion, if the board is used correctly and in a positive light, the only attachment you will be talking about is the bad reputation that belongs to the Ouija…and undeservedly so.