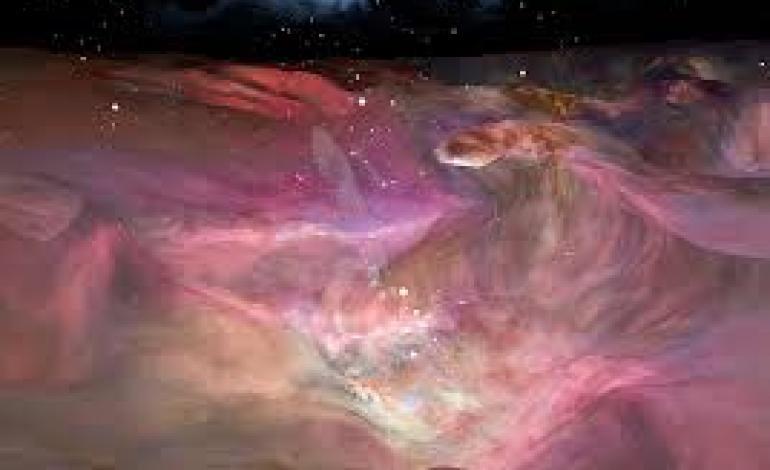 The world of the unexplained or unknown is quite large for sure. This is where the paranormal & supernatural reside. Everything in this realm can be broken down into six disciplines or categories. These categories are; Ghosts & Haunted Places, Cryptozoology, Aliens & UFOs, Metaphysics, Theology, & Conspiracy Theory.

When one looks at the bigger picture, one can see that these are all interchangeable. They can go hand in hand w/one another. And when this happens, there’s a spot in the middle where they meet. In this example, we have a case where Aliens & UFOs meet up with Metaphysics, & in the middle we have the Pleiadians. Who, or what are the Palladian’s? They are said to be an ancient race of beings that come from the Pleiadians star system. They come to this planet in UFOs to watch our progress & communicate with a select few. Simply put, that’s the Aliens & UFO part of it.

But where do the Metaphysics come in? It’s said they are in contact with a number of psychic medium chandlers who they give messages to telepathically. This is where we get our knowledge about the Pleiadians race & their agenda, which is said to be of a love & light nature overall. For many, this is hard to swallow, so to speak, as are Aliens & UFOs. But for those who believe these super psychics, there is a wealth of knowledge to gain & learn from. Here are the simple basics on the information given to us by these psychics through their channelling sessions.

The Pleiadians are from a star system called Pleiades. This star system is a small cluster of seven stars located in the Constellation of Taurus the Bull; it is 500 light years from planet Earth. They are a humanoid race who visit Earth often and whom we share a common ancestry. The Lyrans from Lyra are our common ancestors.

The names of the seven stars in the Pleiades system are as follows: 1.) Taygeta, 2.) Maya, 3.) Coela, 4.) Atlas, 5.) Merope, 6.) Electra, 7.) Alcoyne. Because of the many wars on Lyra, many peaceful Lyrans left on their spacecrafts and travelled for many years until they came upon the seven cluster stars in Pleiades. They landed on a planet now called Erra, which is located around the Pleiades star called Taygeta. Here is where they started their new civilization in the year 228,000 B.C.

The Pleiadians are a very ancient race of humanoids. They have kept a record of the complete history of Earth’s human evolution from the very beginning to our present time. Pleiadians claim our Earth is 626 billion years old.

Around 225,000 B.C., the Pleiadians discovered a small sun system with a planet called Earth on one of their scouting missions away from the Pleiades. They discovered on Earth, three groups of uncivilized people living there. The larger of these groups were light skinned and were of Lyran descent. The Lyrans had landed on Earth earlier and were forced to stay on Earth and enter into an incarnational cycle, because of their ill treatment of the original brown skinned natives. This became their karma. At this time, the Pleiadians decided to stay and create societies on Earth.

The Galactic Federation allowed the Pleiadians to enter into an incarnational cycle with humans on Earth. The places designated for them to do this were Bali, Hawaii, Samoa and India. Civilizations came and went on Earth with many wars, peaceful cycles and natural disasters, between 196,000 B.C. and 10 A.D. The Pleiadians stayed with humans on Earth until 10 A.D. trying to help develop various civilizations such as Lemuria, Maya, Inca and a civilization at Machu Picchu. They also were trying to guide humans toward a more spiritual path.

At about 10 A.D., the last Pleiadian leader called Plejas left Earth for good, because Pleiadians finally achieved peace back home in the Pleiades. They felt it was time for humans to evolve on their own. Before leaving Earth, the Pleiadians left a spiritual leader called Jmmanuel, who later was known as Jesus. Jmmanuel was a much evolved soul, whose father was Gabriel of the Pleiades system and Mary who was of Lyran descent.

Earth continued to evolve on its own without direct Pleiadian leadership till our present time. The following is a brief description of Pleiadian Culture on the home planet of Erra, which is located around the star called Taygeta. Erra is 10% smaller than Earth. The Pleiadians are a Goddess Society (which worships family, children, and women). They are on a fifth dimensional frequency, which is one of love and creativity.

About 400,000 people live on Erra, which the Pleiadians feel is the ideal amount for the welfare of their planet. The people of Erra are telepathic and therefore have no need for telephones. There means of travel around the planet is done by a tube system. The Pleiadians are primarily vegetarians, but on occasion eat some meat. They have no medical problems for they control their health by using their own mental powers. The average age of a Pleiadian is 700 years. Their skin is whiter and smoother than ours. The Pleiadians do not have blood; their memory matrix is in light.

The Pleiadians have no currency as we know it, as they share the resources of their planet with all the people. All material goods are given to the people freely, based on their contribution to their society. When children are born into the Pleiadian society, they are taught for the first ten years to understand the purpose of their lives. The children then spend the next sixty to seventy years being educated in various occupations.

Pleiadians travel in spacecraft’s called a Beam ship. They have different sizes for different usage. They are approximately 21 feet in diameter, can carry several people and have interplanetary capabilities. Beam ships can travel billions of miles in a part of a second by traveling in hyperspace. Because of this ability, the trip from Erra in Pleiades to Earth takes only seven hours.

With all this information also come pictures taken by some of the contactees who claim to have taken photos during occasional physical visits. The most famous pictures of the UFOs come from Eduard Albert Meier, whose photos can be found on line. There was damage caused by the Beamship when it landed on the ground. That was also documented. Remember, this article is comprised of comparative research we have done into other findings from psychic mediums who claim to be in contact with the Pleiadians.

It should also be noted that there are e.v.p. (electronic voice phenomena) researchers who have also claimed to be in contact with the Pleiadians through the use of audio & digital recorders, collecting evps in both real time & in reverse audio by playing the messages backwards. And they offer their recordings as evidence or proof.

Whether or not you choose believe all this, one thing is certain. More & more people believe they are in some form of contact with the Pleiadians as time goes on. And that trend is likely to continue into the future.