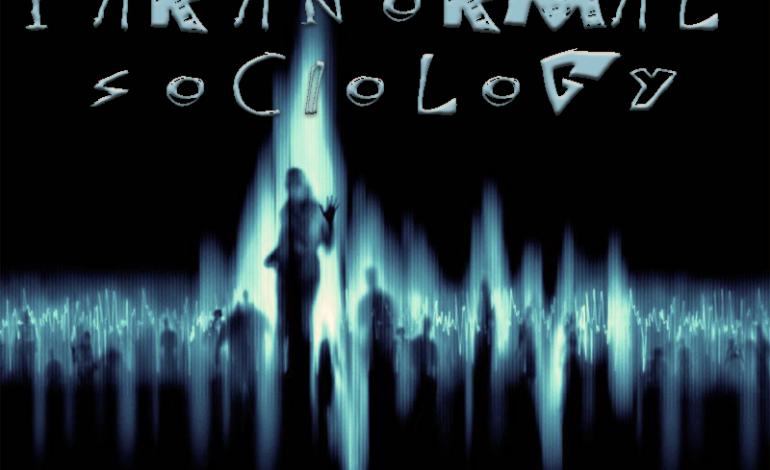 In sociology, a group is simply defined as a number of people who identify and interact with one another. The collection of individuals who consider themselves a part of the ‘paranormal community’ with no doubt share a common lingo, terminology and even passion for the unknown, but they may not be entirely sure of the deep complex psychology of the role that they play in their paranormal ‘group’. This article was inspired by a sad tragedy that recently went viral via social networking that illustrated both the kinship and fiery turmoil that usually becomes present when heated emotions, passions, relationships and anonymous communication get involved in the ‘group’. Usually going along with the flow, investigating locally within the small sub groups and then meeting regionally, nationally and even internationally for occasional conventions and trips, the paranormal community came alive when a recent murder-suicide happened in the suburbs of Reno, NV. Two well-known EVP practitioners and lecturers at paranormal events, also guests on paranormal reality TV, turned on each other and through a labyrinth of trauma, their lives ended in violent crime. Suddenly a ripple was made, a stone was dropped, in the otherwise placid pool of the paranormal community.

As outsiders, more normal folk, peered into our close-knit paranormal community they began to see perhaps the very real volatile human interaction that usually stays at bay, surface. Some close friends and family to those who passed recoiled in grief and took safety from the social chaos by simply turning off their devices and calling those who were support systems. Others, took to social networking sites to cathartically vent their grief and loss of the Reno couple who had passed and for a brief moment the threads were consumed with memes of candles and roses and photos shared between friends. Status updates and profile pictures all changed to show support of this terrible loss. However, after hours of the initial news and the shock moved to disbelief, the paranormal community began to degrade from a loyal kinship of friends and like-minds and started to separate, like a shaken salad dressing beginning to rest, into more individual personalities. The sociology of the group begins to emerge.

The psychology of forming a group is all about roles, individuation and even more self-sufficient reasons such as protest, trade, protection or even production. Many of those who flock to the paranormal community do so because they have had a life-changing experience that has thrusted their very reality into the mysteries of the unknown. Something touched them, something pushed them, a haunting from childhood or a loved one taken too soon; the yearning to lift the veil and further understand what lies on the Other Side. Outcasts and ‘normals’ alike find their favorite black t-shirt and find refuge in the exploration of the unknown and find kinship in the community that investigates paranormal phenomenon; it starts naturally and innocently enough. However, just as in every sociological group, there are also others than join into the community for different reasons. Greed, money, fame, fortune, hereditary ease or even by chance. It is usually through the natural separation facilitated by trauma that individuals stand alone and suddenly the group has a glimpse into the real personalities that make up their community.

]nterestingly enough, the paranormal community and social group of those who investigated transpersonal phenomenon didn’t used to be so eclectic. Spiritual gurus, religious leaders, political censorship occasionally made their mark but mostly the paranormal community was a conjuring of scientists who dared to be courageous. The ‘original Ghost Hunter’ in modern American culture was Hans Holzer, who died only this past 2009. He was a gifted author of the supernatural and occult phenomenon and though born in Austria, his family moved to New York City in 1938 and he began to grow the parapsychological movement in America. After investigating The Amityville Horror and working with other occult specialists (Taff, Zaffis, Warrens, Marks…) the pseudoscience of parapsychology started to gain momentum in more popular culture. A once taboo topic, something only whispered in the shadows in public or laughed over in scientific debates, had became a household name once The Ghostbusters came to the big screen in the 1980’s. Once the image of a ghostbuster, paranormal investigator or parapsychologist became ‘cool’ and accepted, rather than demonic and outcast-worthy, the popularity grew more mainstream. The community grew.

Though SyFy’s Ghost Hunters is sometimes considered the premiere of paranormal-reality TV, it was a show almost four years earlier that brought ghost hunting into the homes of America, MTV’s FEAR. As reality television gained momentum, more than 34 paranormal TV shows could be found on air by the year 2006. The uncool was now cool and the paranormal community was welcoming more than the occasional scientist, skeptic or curious adventurer… it was welcoming pre-teens, teens, young adults, bored house-wives and also people who flock to the possibility of a ‘five minutes of fame’. Cheap gadgets, glow in the dark shirts, logos, memes, radio shows and podcasts, t-shirts and merchandise, anything that could be sold was created and even phone apps are mainstream. The sociology of the paranormal community is now complex; it’s now big enough to be a sample of the human race. Sadly, the sample is also big enough to have lost the kinship we once shared and now it would seem that scientific credibility has fallen to the wayside and more entertaining motivations prevail.

In the wake of the murder-suicide, some of these individuals floated to the surface and were excited to provide a money-making opportunity to those grieving. Instead of honoring the individuals, grieving the dead or supporting those who were in pain, the paranormal community quickly lashed out at each other and opinions, rants, blocking and unfriending occurred. However, something else occurred as well, a culling. We became aware of the many roles our once small village had acquired and looked back from our large interactive and technologically advanced community and peered into ourselves. We put down our mobile devices and responded to the murder-suicide that was giving the paranormal community international news. For a moment we reflected within ourselves our own role and relationships and the optimists of our community continued to be the beacon of hope they usually are. Those who hold tight to their religion provided faith and prayers, the audio engineers behind our favorite paranormal TV shows posted memorable slideshows and the writers provided beautiful eulogies of remembrance. The popular DJ’s and radio hosts gave dedication shows and the tragedy became an opportunity to strengthen the bonds that have been stretched thin in the thick of the growing paranormal community. The Reno couple will be remembered by those who knew them closely as the individuals they were and all the rest have been given a brief opportunity to understand their role in our paranormal family and how delicate our paranormal community can be despite our courage to explore what goes bump in the night. The scientists in our community will still be nose-deep in a book exploring quantum theory and the opportunists are holding true to their role as well. I hope this article will validate the importance of our community and its sociological breakdown and perhaps alleviate the judgement but instead embrace the diversity. As most of the ‘elders’ in our community might laugh, it is too often the case that we should more afraid of the living than of the dead.

Rest in Peace to those who were taken by this tragedy and ‘thank you’ for your beacon of truth into our paranormal family.