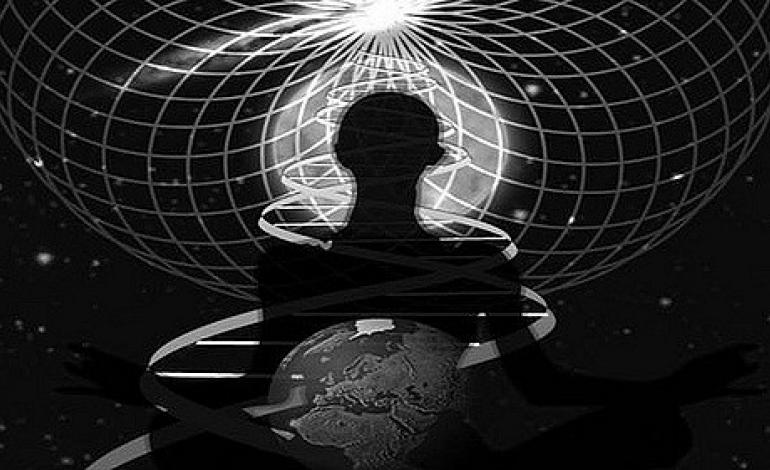 Professor Stephen Hawking was one of the greatest minds of the 20th century. He accomplished achievements in physics that made very remarkable differences in the world of science here on Earth. These accomplishments resonate in in physics research and continue to help advance the scientific discoveries that are being made today by other brilliant minds. There was a lot more to his experience here and how Earth was affected that people are not aware of that I am going to explain. I do extensive work in metaphysics; primarily the evolutionary development of planet Earth and the Cosmos. Earth is in a very powerful stage of evolution right now with the Paradigm Shift and remarkable changes will start occurring here soon. The activity contained within planet Earth with life has been helping to drive evolution here and there have been some important factors that have been key elements.

The Higgs field is attached to planet Earth and all life here and this is how evolutionary development takes place with life here. Human beings do not have very much interaction with the Higgs field this is why they age so quickly and experience death. When they experience death their consciousness and energy transfers into the Higgs field and they transfer away from planet Earth into the next stage of development which is located in the Whirlpool galaxy. They redevelop along the way through the transition through the universe and end up in the Whirlpool galaxy in a much more advanced state of evolution. Professor Hawking helped the Higgs field evolve with his work and experience here on Earth for a couple of powerful and important reasons, which I will explain.

With evolutionary development there are different degrees of resistance. Earth contains resistance within World Consciousness. This resistance is manifested in several different ways. Conflict, resentment, warfare, violence, regression, repression, different ideological structures, racism, hatred etc. These are all characteristics that Earth has had to overcome with evolutionary development in order for the Higgs field to become more concentrated here and advance Earth’s consciousness and life in its entirety here. Professor Hawking had to overcome great adversity with his physical disability where his own consciousness was concerned. His primary focus here was the Cosmos and the activity contained within the universe. All consciousness and energy are connected even though things feel separate here on Earth.

Because Professor Hawking was contained within World Consciousness and had such a brilliant mind and was working diligently in astrophysics, cosmology and quantum mechanics he was helping the Higgs field evolve here. What is also dynamic about this is he was overcoming his own resistance due to the disability he acquired. What I mean by overcoming resistance is the emotional attachment that he had with his condition. He probably didn’t speak of this very much to his colleagues but human beings cannot imagine what it would be like having a mixture of a consciousness like he did and the body that his consciousness belonged to while he was here. Stephen transferred into the 5th dimension which is located in the Whirlpool galaxy and with the help of the Higgs field he redeveloped into an extremely powerful evolutionary state and now his body is in a complete symbiotic state with his consciousness.

What he did with his achievements and experience here because he was doing such important work in physics and had to overcome such adversity with his condition is; he helped the resistance contained within World Consciousness associated with the development of subatomic activity that is necessary for the evolutionary development of the Higgs field here evolve. This is very real because a lot of people, institutions and the media were associated with his consciousness. Emotional energy is also contained within World Consciousness from the human race and certain aspects such as frustration, disappointment, discouragement and resentment exist within subatomic activity here. With Professor Hawking persevering through life with his condition and overcoming certain adversity and having his consciousness attached to so many people and institutions he was helping the consciousness and energy of Earth evolve especially on a subatomic level; which was fantastic for the development of the Higgs field.

Professor Hawking made a public statement pronouncing that there was no God. There is a reason this occurred and it just had to do with the resistance to evolution; and it wasn’t anything personal against God, and this actually helped with the shift in consciousness and Earth’s development in a very powerful way. The reason this happened with Professor Hawking is what I described before about having a consciousness like he has and having a body like he had previously. Religion states that God created human beings. Professor Hawking probably had a lot of difficulty with this particular ideology because of his condition. How could a God exist that would allow me to have a consciousness like this in a body like I have. This is the kind of adversity he was faced with. Especially in a world that claims that this is where all creation came from; when in fact what Professor Hawking was working on continuously was where did creation come from? This is why he publicly made this statement. With evolution everything works towards its greater good.

When he did this the statement he made about God angered a lot of people in the world because of their belief system about God. This also generated a lot of fear in World Consciousness about the nature of God. In the Old Testament God is associated with anger and fear. God is spoken of as being somewhat vengeful and meant to be feared because of his power. This is actually not the case; God understands why everything is happening on planet Earth with human beings and contains extremely powerful unconditional love. God’s home is located in the Whirlpool galaxy which is the 5th dimension. This is where Professor Hawking transferred into when he left Earth. The Holy Trinity is very real and understands what happened with all of this activity concerning this announcement. Because this angered a lot of religious people and generated fear this transferred out of their consciousness globally and into World Consciousness.

Because certain things were written in the Old Testament about God that were associated with fear and anger this helped God’s consciousness evolve further in World Consciousness and between here and the 5th dimension. Some people have theorized that the 3rd, 4th and 5th dimensions are collapsing in on themselves. This is not the case, what is happening is the Higgs field is becoming more concentrated and condensing due to a release of pressure contained within the first 5 dimensions of existence. This activity is connecting the 3rd and 5th dimensions through evolutionary development. This is what the shift in consciousness is about and what was predicted in the Lord’s Prayer when it states “thy kingdom come thy will be done on Earth as it is in Heaven”. Jesus said “the kingdom of Heaven is within”. With the evolutionary development of the Higgs field here everyone will advance into a much more powerful state of self-actualization and know the truth about existence in its entirety. Because the Higgs field is directly attached to Infinite Consciousness eternal life will be achieved for all life here. This is what the Apocalypse means is a revealing of knowledge and a transition into a heavenly state. This will be achieved here through the development of the Higgs field.

Something else that was extremely beneficial that came out of Professor Hawking’s statement about God happened. This helped protect God’s home during the final war between good and evil. This is happening now in existence and the reason that human beings cannot detect this activity even with the most powerful instrumentation is they don’t have much interaction with the Higgs field. Evil is being eliminated in existence now and the reason for this is for the regeneration of the Higgs field universally. What happened with the spread of evil over a long period of time is it compromised the Higgs field because evil is represented as resistance to the evolution of consciousness. With evil being eliminated through warfare the Higgs field is being restored universally and a new era of development is happening. When Professor Hawking made this announcement and it transferred into World Consciousness this was a very powerful occurrence. The shift in consciousness means that consciousness and energy are transferring and changing. Earth is connected to God’s home because all life transfers into the Whirlpool galaxy from here when death is experienced.

This consciousness and energy that were contained in World Consciousness when Professor Hawking made this announcement transferred into the 5th dimension. This was a very good thing. The reason is all of that anger and fear was associated with God. This did not adversely affect God, Jesus the Holy Spirit or any life there; it benefited the Whirlpool galaxy and helped protect life there. Warfare in existence with beings contains spiritual warfare. They war with consciousness. It is not like physical warfare here on Earth where physical contact is involved. Consciousness with beings in existence is different than here because of the way the Higgs field interacts with life. Beings were affected by evil originally from a very powerful form of resistance that transferred into their consciousness that I explain on my YouTube video The Apocalyptic Truth. They were originally created from good. When beings in existence war they transfer consciousness towards one another with equipment and ships. It is extremely powerful activity.

Beings that contain evil in existence have hatred in their consciousness that is hundreds of times more powerful than what human beings experience. With the final war happening, God’s army and other armies of good beings are warring against beings that contain evil. Beings that contain evil transfer hatred and fear that contains deception in a very powerful way. The consciousness and energy that transferred into God’s home with Professor Hawking’s statement helped defend Gods home with anger and fear associated with God. This helped everyone with stability in the 5th dimension like spiritual armor against evil warfare. Anything here that has been written or discussed about God pertaining to anger, fear, wrath or vengeance has been necessary for the protection of God’s home during the final war between good and evil because this prepared God’s home to absorb the blow from warfare from beings that contain evil that war with extreme hatred. This is why the Old Testament was written like it was. Everyone will be fine in the 5th dimension and evil will be eliminated from the universe permanently.

Professor Hawking helped with this considerably here with his experience and God, Jesus and the Holy Spirit love him very much. He has a brand new body and still has a wonderful consciousness; only it is much more powerful now. His contribution to planet Earth, evolution and existence are one of the most important and vital contributions that were necessary for evolutionary advancement. Soon this world will know the truth in its entirety about what the Paradigm Shift has in store for life here. This is what my work is based upon and I am making a lot of progress now with educating people about the nature of the Apocalypse. There is nothing to fear because planet Earth is the birthplace of recreation and is a representation of the activity that occurred when the big bang took place. Earth is the most powerful place in existence and soon everyone is going to know why. I appreciate all of the work that Professor Hawking did here very much and consider him to be a very beautiful and important part of Universal Consciousness. Sean McCleary