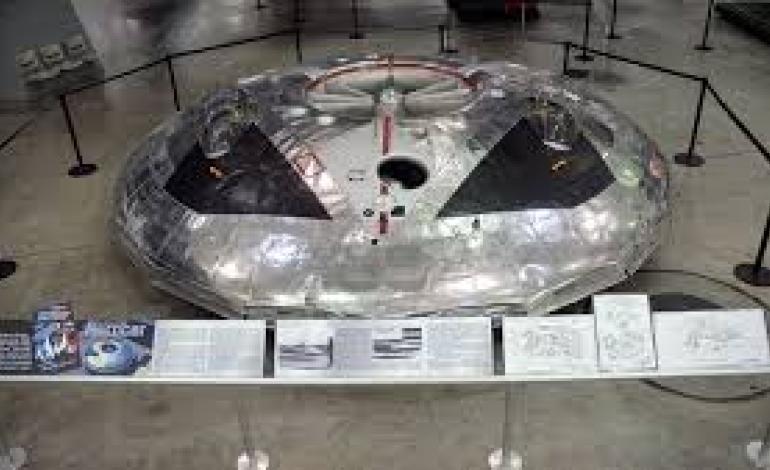 The story of what Project Magnet uncovered is a major part of this just released tome edited by publisher Tim Beckley. The book also includes updated revelations by contemporary researcher Grant Cameron (PresidentialUFO.com) as well as a bonus history of humanoid and creature sightings and close encounters throughout Canada by the late amateur astronomer John Musgrave, who worked while on a grant from Ottawa’s government. Perhaps the most exciting part of this book is the disclosure that Wilbur Smith was a UFO contactee himself and was in touch with others on a regular basis who claimed to have received communications from off-earth dwellers.

It is important, in the light of where his studies would eventually take Smith, to establish his credibility as a pragmatic scientist approaching the UFO subject in the utmost of “real world” terms. Smith explains, “If we are to rely on sightings data alone, we are bound to get a rather one-sided idea of these creatures. For example, we see saucers traveling at terrific speeds and then suddenly stop or change direction. Under our concepts of physics, no creature of flesh, blood and bone could withstand the terrific forces which would be associated with such actions. Therefore we are led to assume that the saucerians must be some manner of robot or a creature the like of which we have never encountered.”

He also points out that, in spite of their unknowably high level of technological achievement, the UFO occupants have never simply landed and announced that they were taking over the earth. This is perhaps because they regard us as in the same general category as the other flora and fauna native to this planet and believe our civilization is so primitive as to be indistinguishable from that of the lower animals and insects.

But such speculations don’t necessarily lead us to the truth, according to Smith. Fortunately the UFO occupants HAVE made contact with certain earthlings deemed to be capable of receiving the information and passing it along to others. Along with the many sightings reports Smith began collecting and analyzing claims of contact with the aliens and to assemble what he felt were the mores and ethics of the people from the flying saucers.

“It adds up to a complete and elegant philosophy,” Smith wrote. “These people tell us of a magnificent cosmic plan, of which we are a part, which transcends the lifetime of a single person or a nation or a civilization – or even a planet or solar system. We are not merely told that there is something beyond our immediate experience; we are told what it is, why it is, and our relation thereto. Many of our most vexing problems are solved with a few words; at least we are told of the solutions if we have the understanding and fortitude to apply them.

“We are told of the inadequacies of our science,” he continued, “and we have been given the basic grounding for a new science which is at once simpler and yet more embracing than the mathematical monstrosity which we have conjured up. We have been told of a way of life which is utopian beyond our dreams and the means of attaining it. Can it be that such a consistent, magnificent philosophy is the figment of the imaginations of a number of misguided morons? I do not think so.”

If such is the case and all of this is known, the reasonable person asks, then why has it not been publicized? Why aren’t we studying the sciences gifted to us by the aliens instead of atom bombs?

The answer, Smith tells us, is that it HAS been publicized. Books have been written and thousands of copies sold. There are many periodicals available containing this knowledge, which may be had for a nominal sum. Reports have been prepared by serious investigators and presented “through the proper channels.”

THE FLYING SAUCERS AND THEIR ABILITY TO CHANGE “REALITY”

“But it is truly said,” Smith acknowledged, “that one can lead a horse to water but one cannot make him drink. There are probably as many private reasons for not facing up to the facts as there are people who refuse to do so. However, it is consoling to realize that, through the humble and often criticized comic strip and science fiction stories, the younger generation is being conditioned to accept the reality of people from elsewhere, and when given the opportunity to do so avidly assimilate all they can get on flying saucers and the people who fly them.”

One is struck by the overwhelming transformative power the study of UFOs and their occupants often has on people. Smith’s interest in flying saucers began as a mild case of curiosity and over a few years became something like a religious fervor.

In a portion of Smith’s writing collected in “Project Magnet,” entitled “The Battle for Man’s Mind,” he feels called upon to warn his readers about a grave danger we are all facing, either consciously or unconsciously. Two great forces are striving to gain control of man’s mind, a struggle that has been going on from time immemorial.

“But never in the world’s history,” he wrote, “has the conflict been more intense than it is in this present era of confusion and unrest. In the old days, mankind was often made to suffer physically, unspeakable things in the name of power. But today, with man’s mind more developed and better educated, he is now facing the prospect of a refinement of even greater mental and spiritual cruelty – unless he is prepared to protect himself with right thinking.”

Smith describes one of the two great forces as positive, leading us to thoughts of harmony and the concept of the love of God and the brotherhood of man. The other force is negative, encompassing the antichrist philosophy and serving a mad lust for power. The battle takes place on both the physical and metaphysical fronts with the object being the spiritual salvation of mankind or our utter destruction.

GOOD, EVIL, AND OUR STAGE OF EVOLUTION

Man’s brain, Smith teaches, operates on the metaphysical plane like a two-way radio, transmitting and receiving messages along the airwaves of the universe. [This is a very apt metaphor, when one considers that Smith was a government expert on radio broadcasting.] Man’s brain is open to both good and bad input, which he either accepts or rejects according to his stage of evolution.

Messages received through esoteric sources, purporting to come from the Space Brothers, who take an active interest in our spiritual welfare, warn us that an even greater conflict is being fought on the metaphysical plane. The lower or negative forces that damned themselves by wrong thinking are projecting strong thoughts earthward in an attempt to bring about our spiritual downfall. On the other hand, the Space Brothers are concentrating equally hard on sending out positive thoughts of goodwill and brotherly love.

“Thus we are being bombarded from the metaphysical plane by two conflicting schools of thought,” Smith wrote. “And free will being the criterion of spiritual advancement, it is left to us which we choose to accept. However, from a purely logical point of view, if we want to save ourselves a lot of sorrow both in this life and lives to come, we should arm ourselves mentally against the onslaught of negative thoughts.”

It is no time for confused or apathetic thinking, which can lead to the exact forms of negativity Smith is warning us against.

WHAT ELSE IS INCLUDED IN ‘PROJECT MAGNET’

So “Project Magnet” is more than mere nostalgia. It demonstrates a near prescience on the part of Wilbert Smith, who clearly saw into the nature of our troubled times and the constant struggle our minds are required to muster against evil thought forms and ideas.

Publisher and editor Timothy Green Beckley talks about other aspects of the book in his introduction.

“I have added relevant material from numerous contributors, as well as from both new and archival sources” Beckley writes. “Grant Cameron (the only provider of reliable “Disclosure” updates as far as I am concerned) is a vast depository of knowledge on Smith, being a Canuck himself, and has been exceedingly helpful in my compilation. And since Smith is certainly the most important figure in Canadian UFO history, no work on Project Magnet, as far as I am concerned, would be complete without a little known manuscript I personally published in 1979 by John Musgrave, which is a chronicle of humanoid and critter encounters North of the American side of the border. I was upset to learn Musgrave went into spirit a number of years ago. His work is one of the best catalogs of UFO encounters of the third kind ever published, and it certainly should be shared with contemporary researchers of UFO lore, as it makes the subject of Project Magnet as complete as it could possibly be.”

So maybe you should choose, of your own free will, to buy a copy of “Project Magnet”? It couldn’t hurt, really, to read how Wilbert Smith’s scientific study of flying saucers grew into a spiritual devotion to his fellow man and to the God who teaches us to love one another.

PROJECT MAGNET - THE LIGHTS IN THE SKY ARE NOT STARS

DISCLOSURE: BREAKING THROUGH THE BARRIER OF GLOBAL UFO SECRECY

WALLACE: You say the Canadian official project, what do you mean by the official…?

KEYHOE: There was an official project called “Project Magnet,” and they set up an observatory at Shirley Bay to try to track these things. And…

WALLACE: What happened to the official project? You say there was a project.

KEYHOE: Yes. They ran for about a year and they had one sighting on the gravimeter, which indicated that something… a very large object had flow over there, but they finally decided that they were spending a little bit much money on that, I suppose.

WALLACE: For certain, they wouldn’t have thought that they were spending too much money on it, if they believed that that kind of phenomena existed.

KEYHOE: A lot of people on the project are still working up there on their own time and certain government officials have still kept the lid on the reports in Canada, just as they do down here.