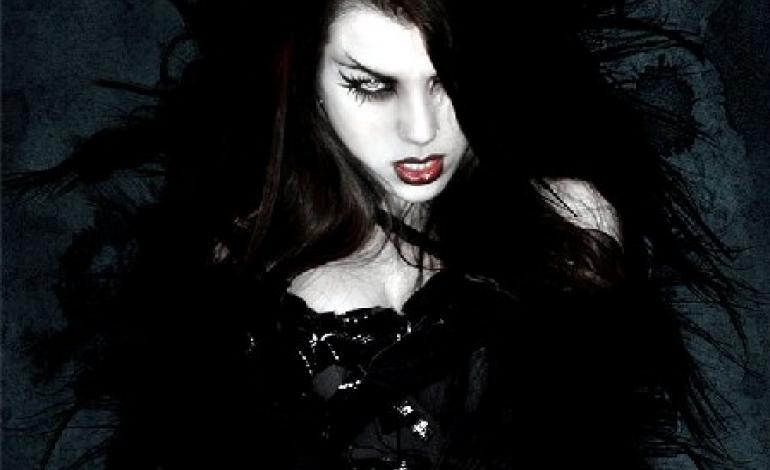 One of the most beloved monsters in horror literature is the vampire. These misunderstood creatures have been idealized and romanticized for over two centuries. We fear them but we love them! We want to be them! And who wouldn’t? Vampires are eternal, they never suffer death. Vampires never wither and grow old. Vampires never get ill. Depending on what novel you are reading, some vampires even sparkle! For certain, the vampires we read about today or see on the movie screen are a far cry from the original vampires of European folklore.

During the Inquisition, the Catholic Church ventured into Eastern European countries, like Romania. It was there that they found large populations of gypsies. The gypsies of Eastern Europe had the most documentation of vampire folklore. There were many ways that one could become a vampire. Some were born predisposed to vampirism. If a pregnant woman was stared at by a vampire, the child was doom to become one. If the baby was born with red hair, teeth, or born with a caul, this too would indicate possible predisposition. Others could attain predisposition by being a murderer, rapist, or thief; or living one’s life as an alcoholic. Those who were excommunicated by the church or committed suicide were also candidates. But it was not during the life, however, but after the death that the departed family member could return as a vampire.

For decades, the Catholic Church believed in a physical, bloodsucking immortal creature that rose from the grave and fed upon the blood of the living. The Church even hired vampire hunters who scoured cemeteries desecrating graves in search of the bloodsuckers. They believed that this phenomenon was the work of devil himself. Thus began the vampire hunts of the Inquisition that lasted hundreds of years all across Western Europe. In 1900, the Church decided that the physical vampire was merely a myth but to this day believe in the psychic vampire.

The truth of the matter is that vampires do indeed exist, just not as we imagine them. Early accounts of psychic vampire attacks that were recorded in Eastern Europe usually involved a person being visited in their sleep by a deceased family member. More times than not, the spirit appeared in a dream. The victim reported feeling the sensation of them bearing down on top of him/her and then described some form of an attack. Very rarely, if ever, is a physical attack involving the drawing of blood mentioned. Clearly it is a spiritual or psychic attack of some kind that is being described. Subsequent attacks usually resulted in the victim losing vitality, becoming sick, weak, and eventually dying.

Much of the vampire hysteria that spread through Europe from the 1400s until 1900, were based on ignorance of the decomposition process. A hysterical victim would describe an attack by the ghost of a deceased family member. The townspeople would exhume the body of that person, and make a determination on the condition of the physical body. If the body was not in the expected phase of decomposition, it would be presumed that the person was a vampire.

During decomposition the skin shrinks giving the illusion that hair and nails have grown. The body is bloated with gasses making it appear engorged, presumably with blood. When a stake was surged into the heart of the corpse, the mouth would open and the gasses made a noise, as if the “creature moaned.” Fluids oozed from its orifices as if the blood it had just consumed was overflowing out of it. Misunderstanding of these normal phases of decomposition gave rise to legends of a physical creature rising from the grave drinking the blood of the living.

Certain diseases reinforced this belief. In porphyria, the individual has a shortage of platelets in the blood. Caused by a recessive gene, it was often seen in royalty as they commonly inbred. The symptoms of this disease include receding gums, which make the canines appear elongated. The skin is thin and pale and the patients show signs of photophobia. Eventually, dementia set in and these patients were known to physically attack others. Drinking blood would lessen the severity of the disease but gave way to it being confused with a physical vampire.

Tuberculosis was another disease blamed on vampirism. One of the most famous American vampire stories is based on a tuberculosis outbreak in Rhode Island in the late 1800s. Mercy Brown was a young girl when various members of her family began to die from what was then called consumption, wasting away.

During these epidemics, entire families contracted the disease. One family member would die. Other members of the family would run high fevers, which led to hallucinations. This could explain seeing the recently deceased member visiting in a dream. Victims of tuberculosis feel heaviness in the chest especially upon lying down. This could appear to someone hallucinating with fever that the ghost of another is attacking or smothering the victim. Late stages of the disease include coughing up copious amounts of blood.

In the case of the Brown family, Mr. Brown had lost his wife and several children to the illness. Mercy and her brother were all that was left of his family. When Mercy died, it was winter. Her body was originally placed in a temporary crypt to be buried at a later time when the ground had thawed.

When Mr. Brown’s son began to show signs of the disease, he ordered that Mercy’s body be exhumed. Needless to say, she was hardly in the state of decomposition anyone of the time would expect. Because she remained preserved so long by the cold, her body appeared to be untainted by decomposition. Seeing what appeared to be hair and nail growth, and elongated canines, Mr. Brown cut Mercy’s heart out of her body. He burned the heart to ashes on a nearby stone, which still sits next to her gravesite. He then fed the ashes to his sick son believing it would save him. It did not. It was not until much later that it was determined the vampire hysteria of New England was based on a mysterious disease that no one understood at the time.

This is the real immortal vampire. Throughout time has been called the mara (Sanskrit for demon). It is where the word nightmare originated. These phantom creatures feed on the living usually in their sleep. During the attack, the victim is fully aware that he or she is pinned down with something invisible on top of their chest. Unable to move or scream, the victim is helpless against the paralyzing grip of the vampire.

There are many types of spirits that feed on the living. Some steal vitality in the middle of the night others feed on emotions. Often, these are the very same spirits that can become walk-ins, if given the opportunity. A walk-in is a spirit that possesses an individual. Some psychologists believe that many multiple personality disorder patients are actually people who have different walk-in spirits possessing them. The walk-in drives the living individual to behave in ways that he/she might not have prior to the attachment. Excessive alcohol or drug consumption often accompanies this type of possession. These parasitic spirits consume what they can off of their host then at the point of death of the victim; the spirit jumps onto another healthier specimen to repeat the cycle.

Most victims are unaware of what is happening. Often, the victim is someone who is already weak, has low self-esteem, a substance abuse problem, or is depressed. As the walk-in takes over, the victim usually distances himself from others. Substance abuse increases but rather than in social settings, the victim begins to indulge alone. Many of them begin to have a strange attraction to death and cemeteries. Others become more social. Depending on the spirit that is in control, some people become driven to seek out others and create drama, are emotionally needy, and attention-seekers. They prey upon the energy of those around them; it keeps them strong.

Other forms of immortal vampires are the incubus and succubus. These varieties of psychic vampire attack human victims sexually and drain them of energy. The incubus is the male, the succubus female. These types of vampires are notorious for becoming walk-ins. They drive the human host to risky sexual situations for the sole purpose of draining life force from their partners. Telltale signs of this type of possession are individuals who are constantly in search of sexual conquests. Often viewed as sex addicts, these victims are insatiable. Completely unaware that their desires are stemming from spirit possession, they become sexual slaves to the spirit. They usually bounce from partner to partner with little or no concern for discretion or personal safety. The force within them pushes them further into the addiction. When the victim becomes sick or too weak to serve the spirit any longer, it leaves in search of new host, someone stronger. The former host is nothing more of a shell of his/her former self. The mind and body has been destroyed; the spirit left them shattered. They wander about aimlessly like zombies, unable to make sense of what happened to them.