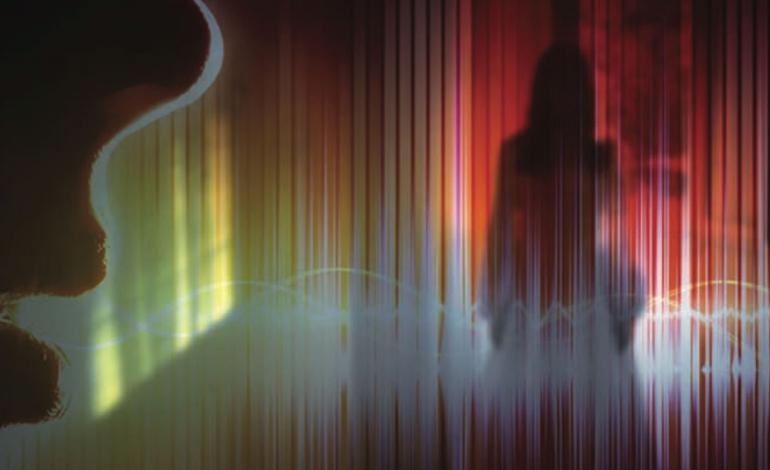 Recent chatter about “Rorschach Audio” criticizes the book for failing to take into account the work of Imants Barušs, a Professor of Psychology at King’s University College – a Catholic college affiliated to Saint Peter’s Seminary in Western Ontario. Checking on-line reveals that books by Professor Barušs include “Science as a Spiritual Practice” (2007) – a book which “argues that there are problems with materialism and that self-transformation could lead individual scientists to more comprehensive ways of understanding reality”; and “Authentic Knowing” (1996) – a book which “tries to show how science and spiritual aspiration converge on fundamental questions about the nature of consciousness and reality when authentically pursued”. “Authentic Knowing” includes “chapters about authenticity (what it means to be true to oneself), science (what happens when science encounters the sublime), transcendence (the promise of enlightenment), theory (a theosophical model of reality), and self-transformation (adventures and misadventures of a spiritual aspirant)” (emphasis added). Maybe the problem with materialists is that we’re “inauthentic”? Either way, in terms of perspective, anyone who’s interested in Martin Heidegger’s concept of “authenticity” would be well advised to examine the context of Heidegger’s treatment of the phenomenologist Edmund Husserl.

The later paper refers back to the results of the earlier study, in which Professor Barušs conducted 81 EVP recording sessions between 1997 and 1998. The later paper describes the earlier EVP experiments as producing “no anomalous sounds”, and describes how (citing work by BF Skinner first referred to by “Rorschach Audio” publications in 2004) Imants Barušs “realized that seeking communication with beings in other dimensions through the generation of EVP was unlikely to yield convincing results… because acoustic sensory data are too perceptually malleable”. That’s certainly true, but the additional possibility is that EVP experiments are unlikely to yield convincing results because ghosts and beings from other dimensions simply don’t exist? That question is never even asked. Either way, if, as described, any EVP experiment failed because “no anomalous sounds were heard”, then the issue of whether sounds are “perceptually malleable” or not is irrelevant, because the experiment produced “no anomalous sounds”. Nonetheless, as a result of the failure of his EVP experiments, Barušs moved on to the subject of the later paper – the use of “computerized pseudorandom text… to see whether anomalous meaningful phrases would occur in printed text…” with “a medium present during the ITC sessions”.

Imants Barušs states that although “there is no consensus as to whether or not someone with such (mediumistic) abilities would enhance the production of ITC… if anyone could be helpful, it seems to me that it would be a poltergeist, as in the case of William O’Neill”. Since the existence of both poltergeists and genuine mediumship have never been conclusively proven, such assumptions are contentious enough in themselves, but (as described in the “Rorschach Audio” book, pages 137 to 138) the William O’Neill mentioned was an electronic technician and alleged psychic who devised an EVP technology called Spiricom, marketed by a millionaire industrialist called George Meek, which was allegedly designed in consultation with the ghost of a scientist called George Mueller! The Spiricom technology allegedly enabled users to engage in real-time conversations with ghosts, but is widely regarded, even by hard-line EVP supporters, to have been a complete fake, so why William O’Neill is being cited in this paper is a bit of a mystery.

The King’s University College experiment involved putting questions to alleged ghosts out loud, which it was thought might then be “answered” by text produced by ghosts influencing subsequent activations of the computer system – thereby, so-to-speak, “updating” the working-methods of a traditional séance. Readers are asked to accept the claim that the medium involved in this experiment has “a reputation for obtaining correct anomalous information about the deceased” on the basis of zero evidence.

Unsurprisingly “the random character generator did not produce any identifiable anomalous text”, so what’s described as the “random word generator” was then used, to choose items from “a set number of words, ranging from 1 to 500, from a pool” which were “printed… as a block”. In fact “the pool contained 176 words” which the experimenter had “thought to be useful”. So, in reality the “random word generator” was neither a generator nor strictly random, since the system chose rather than generated words, from an extremely small, pre-selected (therefore non-random) source pool – a pool which is not made available to readers of the research paper, but which just happens to have included terms like “ITC”.

Nonetheless, despite the experimenters asking questions to the putative ghosts like “what would you have us do to make this work better?” and receiving “answers” like “we ITC dimension fortunate when irreparable continue… feel acquire light figure logical people continue… equipment are underlie add for coming giant”, Professor Barušs should be congratulated for honestly acknowledging that such a reply “does not have a single obvious meaning, nor is there any evidence that such a ‘sentence’ is any less random than the apparently random character strings”. During these sessions EVP recordings were also made, but “the results of analyzing the audio recordings were inconclusive at best, as they had been in the previous study”.

Looking at some of the on-line trolling, I get the impression that someone feels it’s important to show that other researchers beat “Rorschach Audio” to it, in terms of debunking EVP. If that’s the case, or if it isn’t, fine either way. As a case in point it’s interesting that Imants Barušs tried, many times, to replicate EVP, but, even though his work on EVP was published after the early “Rorschach Audio” articles, the challenge that “Rorschach Audio” set itself was not so much to “prove” that beliefs based on self-evidently ridiculous experiments stem from results that may prove hard to replicate. Like the audience members who laugh out loud when I play-back excerpts from Konstantin Raudive’s EVP recordings at lecture-demonstrations, by way of an example, “Rorschach Audio” takes the factual false-hood of Raudive’s claims as a given. “Rorschach Audio” does not so much focus on the mechanisms of Raudive’s experiments, as on the mechanisms of Raudive’s self-deception, and, having done so, the book goes on to explore dozens of other subjects and in some cases to debunk other beliefs.

Going back to the paper in question however, with regard to what one might in this context call the politics of listening, Imants Barušs concludes that “any obvious establishment of electronic access to the deceased, should such access become possible, could upset various individuals who have a vested interest in the retention of particular materialist or religious ideologies. It is certainly the case, for example, that there is little tolerance for ITC research among mainstream scientists. This could also be a reason why stronger results are not possible at this time”. It is interesting that Professor Barušs seems to imply he doesn’t consider himself to be a mainstream scientist, and it is equally the case that failure to establish electronic access to the dead also upsets individuals who have a vested interest in anti-materialist ideology. What’s more debatable is whether “intolerance” to such research is a cause or instead a product of results obtained by investigations like these?