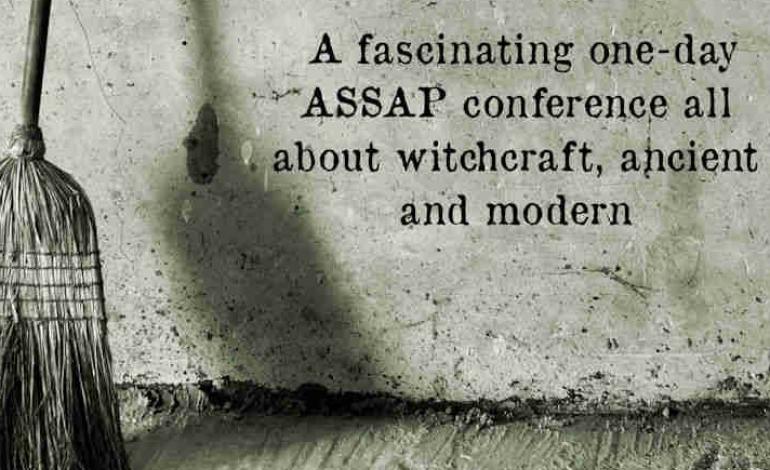 Belief in magical practices is prevalent in most human cultures, from the dawn of recorded history up to modern times. Such figures are represented by the shaman of tribal societies, the Druids of Iron Age Europe up to the “cunning man” and “wise woman” of the Early Modern era. All represent the belief that health, wealth, love and good fortune (along with darker intentions) can be evoked by petitioning higher powers. The term “pagan”, whatever its origins, came to be associated with such individuals from the Post Classical era onwards.

The witch hunting hysteria of the 15th through 17th centuries (triggered by social change and fears of heresy) effectively created the modern image of “the witch” that remains influential up to the present. In the early 21st century Wicca, along with Druidism, Heathenism and other lesser known practices such as Goetia represents the most notable contemporary expressions of such beliefs. For those with an interest in the paranormal, the use of magical rituals to reputedly evoke paranormal effects and entities is of relevance. Equally valid for our field of study is a comprehension of the cultural factors that have preserved such “occult” practices in our largely scientific and secular world.

Seriously Bewitched examines the subject of witchcraft, both ancient and modern, from a range of perspectives.

Don’t miss this fascinating day about the enduring idea of witchcraft and magic.

ASSAP is a scientifically-orientated educational and research charity and learned society dedicated to reaching a better understanding of anomalous phenomena. Our events are great. Attend them. http://assap.ac.uk/

The Conference will be on the 28th November at Goldsmiths, University of London, New Cross, London http://www.gold.ac.uk/find-us/

Tickets are available at the special reduced price of 50% off making them £15.00 for a limited time only http://assap.ac.uk/bewitched/tickets.html#HELP

If your a Student their are a number of free tickets available until 4th November at http://assap.ac.uk/bewitched/tickets.html#HELP

SOME OF THE SPEAKERS ON THE DAY

Dr Helen Cornish is a lecturer at the Goldsmiths anthropology department: I carried out my doctoral fieldwork amongst British Pagan Witches, studying the politics of historical knowledge. Much of my research was located at the Museum of Witchcraft in Cornwall. My research explores how historicity is negotiated in everyday ways and is informed through myth, ritual, temporality, the landscape and material culture, as well as through the authoritative work of expert historians and archival sources. I continue working towards a longitudinal ethnographic study.

Much of my research has taken place in Cornwall. I am interested in how ideas about Cornishness and belonging are produced through folklore, festivals and material culture, deploying the past towards dynamic agendas in the present.

TRADITIONAL WITCHCRAFT THEN AND NOW. In years gone by the role of the wise woman, cunning man or pellar was central to the beliefs of many in the community. Times have changed, but the wayside witch still continues their craft in many places. Through conversation with a modern day pellar, this talk examines how this role can still exist in the 21st century and whether today’s belief systems are at odds with the tradition.

Mark Norman is a folklore writer and researcher based in Devon. He works with all aspects of local tradition and additionally specialises in Black Dog folklore. He holds what is probably the country’s largest archive of Black Dog eyewitness accounts and traditions, which includes the donated research of Janet Bord and transcriptions of the archive of the late folklorist Theo Brown. His book on Black Dog Folklore is about to be published by Troy Books. Mark is also closely associated with the Boscastle Witchcraft Museum.

I am a 48-year-old mother of three, grandmother of one (soon to be two) and nana of four cats! I have been a practising witch my entire life, but only comparatively recently bit the bullet and became a priestess within a Wiccan Coven. Prior to this I worked as a solitary witch, read everything within my grasp, and so I have a very eclectic view of witchcraft generally. I owned a witchcraft shop in my hometown for 6 years, and sold all manner of paraphernalia. The wider the variety of stock I carried, the broader my interests became – heaven!

Charmaine is a PhD candidate and associate lecturer in Psychology at the University of Northampton. She is a member of CSAPP; the centre for the study of anomalous psychological processes at the University, and her research interests include transpersonal and parapsychology. More specifically, her PhD thesis examines the effect of Neo-pagan healing spells on health and wellbeing. Charmaine’s paper introduces the various features practitioners feel are vital for spells to work. Interviews were conducted with eight neo-pagan practitioners, focusing on spell work and ritual practices. From these interviews it was possible to establish the three key components for successful spell work: Specificity, Belief, and the Psychoactive nature of Rituals. These three components will be discussed in detail.

The New Witches of the West: Throughout Europe’s history – and indeed in many parts of the world today – social ostracism, imprisonment, and even execution remain the punishments faced by those unlucky enough to be labelled a witch. Even within the modern liberal democracies of the West there is still a widespread social unease regarding the idea of the witch, with those who actively self-identifying as such facing a range of hostile reactions, from mockery and ridicule on the one hand to violence and death threats on the other. Yet, despite the very real obstacles that anyone proclaiming themselves to be a witch faces, there are literally hundreds of thousands of individuals throughout the West who choose to do so. Who are these modern “witches” and why on Earth would anyone want to emblazon themselves under such a contentious and emotive term knowing that the potential risks are so high? In this paper, Ethan Doyle White will provide an overview of the various different new religious movements – from feminist Pagans to atheistic Satanists – to have adopted the term “witchcraft” over the past century and seeks to answer the question as to exactly why they have done so.

Ethan Doyle White is an MPhil/PhD candidate at University College London (UCL) with a research interest in the pre-Christian belief systems of Europe and the manner in which they have been reinterpreted for use in modern contexts, particularly within the contemporary Pagan movement. Having published in such peer-reviewed journals as Folklore, Nova Religio, and Magic, Ritual and Witchcraft, he is the author of the forthcoming Wicca: History, Belief and Community in Modern Pagan Witchcraft (Sussex Academic Press, 2016), and also runs the blog Albion Calling (http://ethandoylewhite.blogspot.co.uk/).

Witchcraft became big news in the sixteenth and seventeenth centuries. Torrents of learned discussion turned to action, and the corpses piled high. But where did the infrastructure - social and legal - for such a mass persecution arise? Had the political power of constraining beliefs already been tested and employed? Deborah will discuss totalitarianism, paranoia and yearnings for empire in the making of a very bloody delusion.

Deborah Hyde is editor-in-chief of The Skeptic magazine (skeptic.org.uk). She writes and appears on broadcast media discussing religion and superstition. http://www.jourdemayne.com/