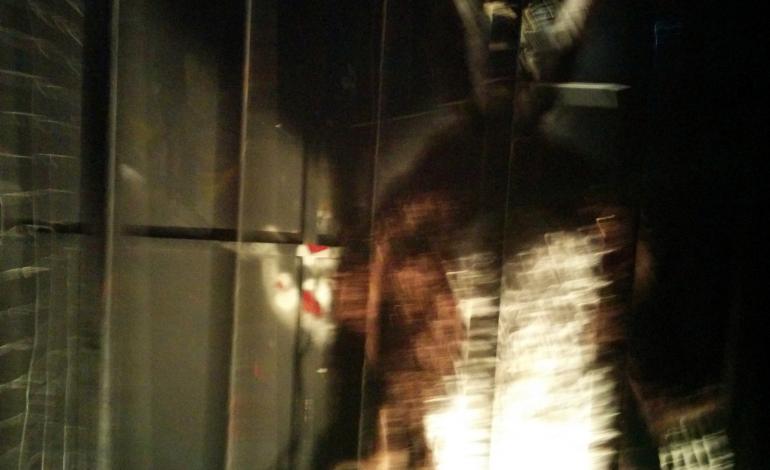 Today while I was at a photo shoot, I was telling the photographer what sort of experiences I have had with my work. I started to tell her about the time my youngest son went to hospital for a tonsillectomy. It was the day after his eighth birthday. The poor little soul had non-stop tonsillitis for weeks, and finally the day came to have them removed. We were getting him settled into his room when I became aware of

It was quite strong and I said to my husband, I can smell cigarette smoke and he said, you can’t smoke in a hospital. I replied, I know that, someone is smoking though. I went to investigate but no one was around. The smell had gone too. So I didn’t think any more if it. Next in came a nurse to tell us it was time for surgery. I walked down to the OR with my son who was being wheeled there in his bed.

My heart in my mouth worried about my baby. I stayed with him until it was time for the surgery to start. I went back to his room to wait with my husband for what felt like ages. Again I could smell cigarette smoke and told my husband. He couldn’t smell anything. Again I had a look around. But then suddenly I started to be aware of my late aunt being present. She passed away at the age of 40, many years ago. My aunt was born deaf and mute. She had been through several ear, nose and throat operations in her youth, and she was a smoker. Bingo! I had a light bulb moment, lol.

My aunt had come to watch over my son during the surgery. He is named after her. I had always intended to name one of my children after her. So I have no doubt what so ever that she was keeping an eye on him and for that I am most grateful.

Many years later I had to take both of my sons to a periodontist for oral surgery. The doctor was quite open minded and was a believer in the paranormal. When we walked in to his room the first thing he asked was, are we alone or do we have company.

So, I was able to tell him my relatives were watching over the surgery. I was able to tell him step by step what I could see and here. You can’t keep a secret from them in spirit, lol. They like to be in on the act, just as long as they don’t stick their 2 cents worth in, and tell him how to do his job. Funnily enough my grandmother was able to tell me when the surgery was coming to a close. I would love to know how she knew that, but that is a secret she ain’t telling me. I just have to put it down to secret spooks business.

I have many experiences with relatives in spirit, turning up for visits to the doctor, trips to hospital and assisting in healing. Then there is good old Dr Gillespie, a well-respected Canberra doctor, who passed away back in the early 2000’s. He is one of my main healing guides. Two years ago Dr Gillespie came to assist a psychic friend of mine. Whilst being very ill in hospital, I visited him a few times and gave him spiritual healing with the assistance of Dr Gillespie. I could see inside my friend’s leg to locate a blood clot and let him know where it was. The whole leg looked like a fluro green as I looked inside via my third eye. It was like looking with night vision.

Now at the same time my friend was in hospital, I had been reconnected with a friend from my youth, who passes away back in 2005. My friend Terry, came to comfort me. He sat in the car next to me each time I went into the hospital to visit my sick friend, and put his hand on my shoulder support me emotionally.

Terry was very ill for years, before he passed on around the age of 45. I had lost touch with him and other friends many years ago, and had been reunited with my old friends, only to find out that, Terry was very ill and my other friends had not seen him for a few years. During this time I kept having visions of him, and I would see yellow cars on the road similar to the one that he had years before. This was his way of letting me know that he was around.

Terry had such strong energy when he came through, it felt like he was still alive. A psychic friend of mine even felt that Terry was alive because his energy was so strong. That is not unusual though, it is just a very powerful connection. The person does not have to be dead for a psychic to tune into them and even see them. Amazing stuff, when you experience these psychic phenomenon.

At present I have an old work colleague and friend appearing in my dreams and I keep seeing him through my third eye. I feel that he has passed on young too. I have asked people that we both used to work with years ago and no one seems to know where he is. That is strange given the Internet is great for finding people. I have reconnected with family and old friends via the net, so I am of the opinion that this man has also passed on at a young age.

I feel very sad about that, people leaving this earth without having a chance to live upsets me very much, it is something that I care deeply about, and on a personal level, losing loved ones at a young age is most distressing.