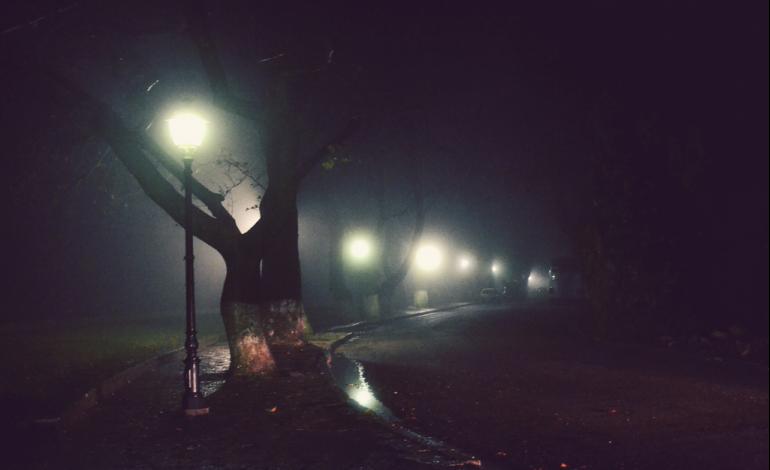 Have you ever walked along a street and as you approach a lamppost it goes off? Only to walk by and it comes back on, this is not as uncommon as you thought! It’s called Street Light Interference or (SLI) for short. Here are some theories into why this can happen, but as of yet no logical explanation has been found for this phenomenon

In some case studies people that this has happened to have stated that they have been emotional at the time of this happening either stressed, tired, angry but yet scientists cannot prove that the emotional state of people is the cause of this phenomenon.

Scientists say that they are not sure that this even happens and that people may be deluding themselves in to thinking that faulty wiring is somehow connected to SLI, but on the other hand scientists cannot prove how the humans electrical system reacts with the physical world In 1993 Hillary Evans set up a study group called SLIDE, SLIDE was set up initially for people who say they have witnessed this to get together and compare notes

Because the only energy the body produces is that which is to make you breathe and walk and this is an internal energy and stays within the body, a popular belief is that the body can produce static electricity is a myth, certain clothing in a dry environment could cause static electricity but not enough to effect street lights! So why this does happen and why is it more common than people think? It doesn’t give you any more powers, and does not have the same appeal as say being a witch or a psychic, it will not make you money and I feel that’s why not many people have heard of this subject.

Paranormal phenomenon? Paranormal phenomenon is the least likely possibility. Science has never confirmed that the human mind can cause physical effects at a distance, which is what seems to be occurring in SLI. “However,” says Evans, “SLI does have one great advantage over most psychokinetic experiments: the subjects of the effect—the street lamps— are not easily manipulated.” The only problem is that experiments to test SLI are not easy to conduct since this appears to be a phenomenon that just happens at random and is not produced by one willing for it to happen.

Some people in the scientific and electrical engineering areas say that depending when the bulb was made can also have an effect, some street lamps run off a low voltage and some run off of high and this can have an effect, the age can also come into play, if a street had all it bulbs changed on a specific day they would all degrade at the same rate so you could have a whole street with flickery lights

In order to answer this, we need first of all to determine what kind of lamps we are talking about. Mario Bonomo, professor of illuminating engineering at the University of Milano, to illuminate me. “The most common ones, almost all over the world, are sodium vapour lamps. These are gas-discharge lamps that use sodium in an excited state to produce light.” There are two varieties of such lamps: low pressure and high pressure. Low pressure are those that produce the characteristic yellow light, while high pressure give a whiter light that allows colours to be recognised. Street lamps usually have low pressure bulbs.

“These bulbs take three to four minutes to light up and have a lifespan of 8,000 hours, two years approximately,” continues Bonomo. “When a bulb reaches the end of its life it shows a behaviour that could explain SLI. Older lamps need a higher tension than the one they receive. This means that when they are turned on, the tension is sufficient. But when they reach their maximum luminosity, the tension required is more than what is received. This causes the lamp to turn off. Now, in order for it to light up again, the bulb needs to cool off first. And this takes a few minutes. After this, the process, known as cycling, starts again from the beginning until the bulb is substituted with a new one.”

This could explain the repeated turning on and off of the lamps. But how can we explain it when it is not just one lamp turning off but all the lamps on a street?

“There are two possible causes,” says Bonomo. “The first one is that the bulbs on that specific street are all the same age and, thus, they all get old at the same time, producing clustered but random on and off cycles. However, if street lamps in a specific street turn off all at once, then the problem lies in the central electric-control panel. There usually is one that controls all the lights in a specific block, or one every 200 square meters. A power failure or a short circuit can cause all the lamps controlled by that panel to turn off.”

Finally, if the connection between the lamp and its socket is faulty and gets interrupted for some reason, even for a fraction of a second, the bulb turns off and then it will need a few minutes to turn on again. A contact, especially if already faulty, can be interrupted even by some minor vibration, like a kid kicking the lamp post, a large truck passing in the street, wind rocking the bulb, and so on.

The Power of Suggestion

This is all very interesting and could actually explain much of the SLI phenomenon. However, in order to understand fully what might be taking place here, it is important to consider the observer bias as well. Our mind is drawn by significant coincidences, and so we are much more likely to notice when a street light near us turns on or off than when a street light is in a steady state.

It could just be, then, that SLI is a mix of different natural factors. The normal behaviour of bulbs getting older, observer bias, and maybe something else, like the fact that some specific lamps, such as those in gardens or on patios, have infrared sensors that can turn them on or off when something is moving within range. Other lamps are programmed with a timer that turns them on or off at specific hours. Some people realise this is the cause of such changes in the lights.

Evans, however, feels that there is something more in SLI and, thus, says we should proceed as though the phenomenon exists. “For one very good reason, the fact [is that a good many people are reporting the experience as though an actual phenomenon is involved. Certainly, people can be mistaken or deluded, and we must keep this possibility in mind. But that, too, is something that would have to be proved before we would accept it; and until such time as it is proved, it is right to respect the testimony of people who claim these experiences at first hand.”

The whole thing, however, could become really significant when the same person, at different times and with different lamps, over a consistent period of time, keeps on noticing anomalous behaviour of street lamps. So far, however, nobody seems to have had this experience.

So next time you walk under a lamppost and the light goes off then comes back on when you have walked past you at least now know what is called and it is more common than you think, but if you walk past lampposts and they start to explode….. Run and get the salt be blessed and have a great day Simon