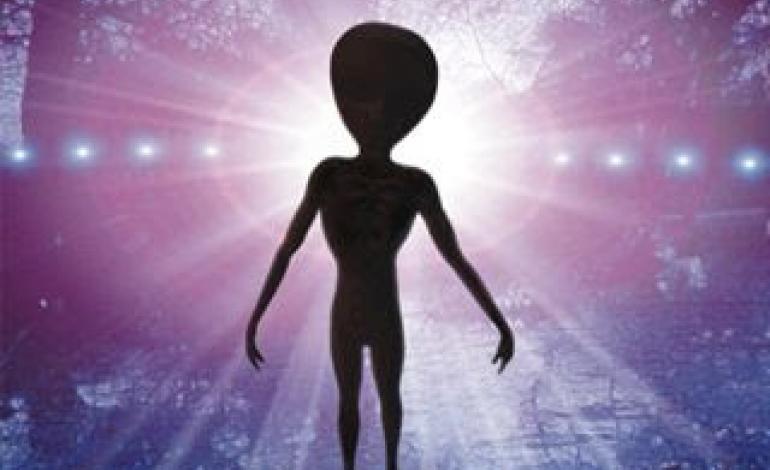 As the skies opened up into Night over the desert and the last hue of purple descended below the horizon the heavens opened her curtains as if in a grand theater to a panoramic view of the milky- way, it was a cool Night in late October and as every night I was there to greet the heaven’s with open anticipation to what would come in the twilight hours ahead.

You see; It was not long ago to me that a series of events in my life convinced me that the UFO phenomenon is as real and as tangible as the moon and stars above, Over a short period of time I had witnessed not only multiple UFO sightings but as well around the same time of my first experiences with these siting’s, what is known as shadow people, star beings and grays began to make themselves known to me.

I will spare you the long and drawn out details of what I felt at the time this all began and as it has progressed into what I know today as an all-out invasion by multiple species of off world visitors.

Now; I cannot tell you if all the species I have encountered are physical to this dimensional space, what I can say about some observations is that on more than one occasion I have witnessed nonphysical events take place with not only what I perceive to be extra-terrestrial space craft but also the beings that inhabit them, leaving me with little understanding about their origin or physical makeup.

At close inspection it would seem that some of them are from some point in physical space, they have a body and move about much like you or I would, there ships use locomotion although human kind cannot understand this type of propulsion, however on the flip side of the coin I have on many occasions witnessed seemingly non-physical beings that just appear and disappear into thin air and in addition I have also witnessed beings that seem to be both physical and non-physical in nature, wither they are all the same manifestation of being appearing at different times with considerably different traits I do not know and cannot understand, what I can say about them is that they are as real as the nose on your face and have been visiting the earth for an untold number of years.

Light and Time are things some of the visitors have the ability to control or at least from what I know, many of them can manipulate light and bend time, not time as we humans understand it, time is not mechanical as we have developed it to suite our understanding of cycles of nature but the parts of time that manage the very fabric of some elements of matter not yet understood by Human kind, In some circumstances it allows them to project as physical across vast expanses of space, space not as we humans perceive it but space as any dimensional realm Point to point, as light is to gravity the parts of matter can be manipulated to achieve reactions as I understand it with my limited almost childlike intellect in comparison.

This is how their ships and body’s appear to maneuver outside physical limitations of our present abilities, and in some cases are able to manipulate light as a blind or cloak if you will and as well move through physical objects we understand to be a solid, they can as I have witnessed utilize parts of light to transport a physical object from one point in space to another point, from a foot away to hundreds of miles away and possibly more.

The beings I have contact with most often operate in quite a different way they move with more of a flow of existence than a manipulation of elements and tell me they are here to gather the genetic makeup of every pure indigenous species on the planet and as they tell me it is for the sole purpose of replenishing the earth, In clear understanding they communicate this message, the Planet you inhabit is going to suffer an extinction and every living thing on the planet is going to perish and when the planet re-establishes its ability to support life they will return with what they took and re-establish life on earth, there are no details as to how, why or when such events will take place only that this is a natural process to what we understand as a cycle.

They have semi-physical body’s and they don’t use mechanical ships as I understand it, everything and I do mean everything is available to them, the things they have shown me are just beyond belief in any sense of the term or imagination, if you have never seen the sight you would never know such things could exist, there are no fantasies of the human intellect that could or would ever express or compare.

I will Try and give you a rudimentary explanation and example of what I mean that nothing is withheld from them, as I have seen and understood with my limited intellect, life is a constant that has nether beginning or end and the manifestation of a thing in existence has no boundaries physical or mental, All things in self exist in levels of awareness. For example: A drop of water in itself is all things or nothing. To illustrate this; I was brought into a drop of water and was aware; I was as is the drop of water. The same is true of a spec of sand or a shimmer of light or a body. I tried to tell you it is un-explainable in human terms, this is the best I have.

I have asked questions like will we remember or be aware of our lives here after the events you say will happen; happens? Do we die? They answer: too establish awareness is to understand life eternal.

Will you document human history for the peoples that are re-established on earth? Answer: history is an illusion from whence one is born, can that which is born return to the mother’s womb!

Is human activity what’s going to cause this event? Answer: Your species has suffered a natural expanse, your misuse of awareness will not reflect upon events.

These visitors are fairly responsive to my inquiries and are always respectful to my fear as well take great care with my safety. I have never been taken only asked if I would like to see.

There are others that are not so respectful to human well-being at all and care nothing about fear, they only respond with, “we mean you no harm, calm, be calm and will you help calm the others”, they don’t ask they just take, they can make a painful experience or if one is not aggressive or combative they make what they are doing painless, either way they get what they come for, I don’t know what they use the human tissues for or any of the samples they take but I can tell you this, they know mankind our biology the planet and from what I can gather they have been doing this for countless hundreds of years, these guys are using ships and have a physical body and there is a sense of urgency to their demeanor and mannerisms.

As far as I can tell there are several spices of these guys that are from the same planet or body of planets and much like us developed parallel technology’s allowing them to traverse space and conduct off world experiments, however their agendas differ, again much like the human species, war, suspicion , ambition and competition drives there purpose here, And as my friends tell me, the beings I explained are; well for a lack of a better term angelic, that these latter beings are not much different than humans other than there awareness is much broader making them a possible threat just like us to other developing species in the region less aware than themselves.

To continue, there are even more species that have discovered earth some malevolent and some relatively harmless some with the technology’s to reach us and some who can’t, There are living (aware) beings that exist in what we know as space much like a fish in the great expanse of the oceans, I have been shown worlds of magnificent structure and unspeakably terrifying beauty.