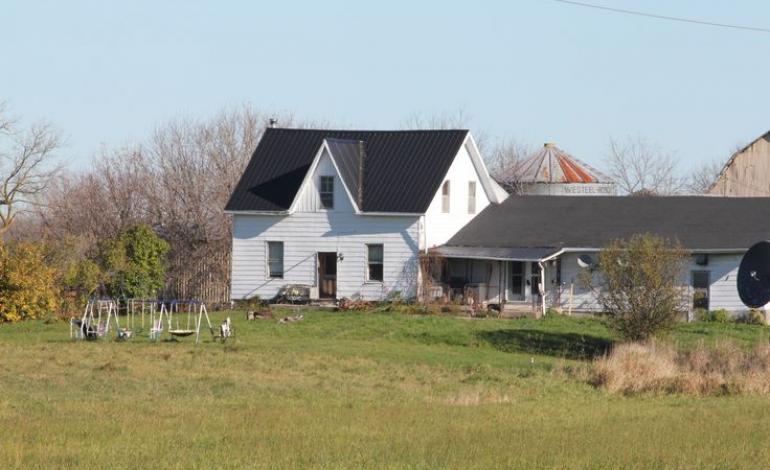 Since the advent of modern Psychical Research in the latter years of the 19th century, the poltergeist has always been at the top of the list as the most elusive of hauntings. Not to mention the most controversial. For the most part, researchers agree that the destructive activities of this mysterious force are not caused by a discarnate human spirit or the work of the devil. It would appear these phenomena may very well be caused by a human agent experiencing psychic turmoil. But rather than dealing with that turmoil in a constructive manner, the person internalizes the stress and unwittingly pushes it outward, resulting in a series of terrifying phenomena that has sent many families fleeing their homes in terror.

Generally I agree with esteemed men and women in their assertion, I have always maintained a belief that this psycho-kinetic energy when expended is capable of attracting transient spirits or fuelling existing spirit phenomena. While there are a few cases in the annals of Psychical Research the jury is still out with many researchers.

To illustrate my belief I wanted to examine a lesser known poltergeist case from 1899, which took place at a farm in Quebec, Canada. Where a poltergeist ruthlessly attacked a family, and may or may not have caused by a spirit fuelled by Recurrent Spontaneous Psychokinesis causing a family to teeter on the brink of madness.

On a cool spring morning in 1899, the lady of the house, Mrs. Dagg awoke to begin her normal routine of chores. Mrs. Dagg, kept a spotless house believing the old saying, “Cleanliness is next to godliness.” However what greeted her was the beginning of a mystery and disgusting one that.

When Mrs Dagg entered the living room, her sense of smell and propriety was assaulted by animal faeces smeared across the floor. If you know anything about 19th century women, you would understand that such an offense was an unforgivable sin. At first, a young farmhand, Dean, was blamed for the mischief because he worked with the hogs. Dean had a tendency to not remove his shoes when he entered the house leaving a similar mess. Dean had been warned several times in the past about taking his dirty shoes off on the porch. Dean was further warned that he would be fired if he didn’t change his behaviour. When questioned, Dean, denied coming into the house that morning. Unfortunately no one believed him and Dean was fired.

As the days passed, other strange and frightening activity began to happen. The farmer and his family were awoken in the middle of the night by loud bangs on the wall. During the day large rocks came crashing through the windows and plates were thrown about the house by unseen hands. Gentleman Farmer, George Dagg and his employees searched the property believing Dean might be retaliating for being terminated. No matter how hard they searched they could find no rational explanation for the strange goings on. Mrs Dagg, a firm believer in Spiritualism, came to the conclusion that the farm was under attack by some nasty spirit that meant them harm.

Shortly after arriving at the Dagg farm, Woodstock set up a laboratory and began investigating the curious phenomena that plagued the Dagg farm. Woodstock came to the conclusion that the family was not under siege by some demon or a human spirit, but the activity was being caused by unchecked psychic turbulence. After coming to this conclusion, Woodstock believed that Dinah, an 11 year old adopted daughter was an unconscious medium causing her to be the reason for the Dagg family troubles. Woodstock, and all involved would soon discover that there was more to this case than anyone could have suspected.

When Woodstock questioned the young girl about being a medium, the girl proved his theory correct; however, he also learned she was in contact with a truly unpleasant spirit that had taken up residence in an old shed. Woodstock Dinah show him this old shed and Woodstock received the scare of his life.

When Woodstock entered the shed he became intensely aware that he was not alone. He could feel that there was some unseen entity watching his every move. He also felt an undeniable sense of dread. Woodstock called out to the spirit and was greeted by a deep gravelly laugh. Woodstock demanded the spirit reveal itself and its name. The spirit growled its response, “I am the devil. If you do not leave this place now I will break your neck.” Woodstock was so overcome by fear he gathered his belongings and promptly left the farm.

As the months passed since Percy Woodstock’s visit the phenomena took a violent turn. Smalls fires broke out around the house. Thunderous banging could be heard at all hours of the day. And jugs of water were thrown into the faces of the Dagg and their guests. One brave witness challenged the entity demanding it tell them its name. The entity blasted back in a loud voice, “I am the spirit of an 80 year old man who died on the property. I do not approve of the Dagg family.” When asked to reveal its name the spirit whispered its name it into George Dagg’s ear. The spirit told Dagg that if he told anyone the name he would die a horrible death. No one ever learned its name.

Dinah and the other Dagg children reported seeing the entity and were terrified by it. The entity appeared in many guises to the children. The first time they managed to get a good look at the entity, it appeared as a demonic man with a cow head and cloven feet. The children claimed this devilish creature would chase them around the farm. At other times it would manifest as a large black dog with glowing red eyes.

As the haunting was coming to a close the entity began showing another side to it. The entity dropped its demonic visage and appeared as a tall, beautiful man with long flowing white hair. The further described a brilliant crown studded with shining stars it wore on its head. No one was ever sure what the exact nature of this entity was.

One day the children ran to their parents and said that the angelic entity told them he was departing and would trouble the Daggs no more. The children then watched as the entity raised into the sky singings hymns to god. Six months of terror was now over and everything returned to normal in the Dagg farm.

The Bible says that Satan can appear as an angel of light and whatever this spirit was did just that. Undouble, the haunting started out as mere poltergeist phenomena but progressed into something very, very strange.