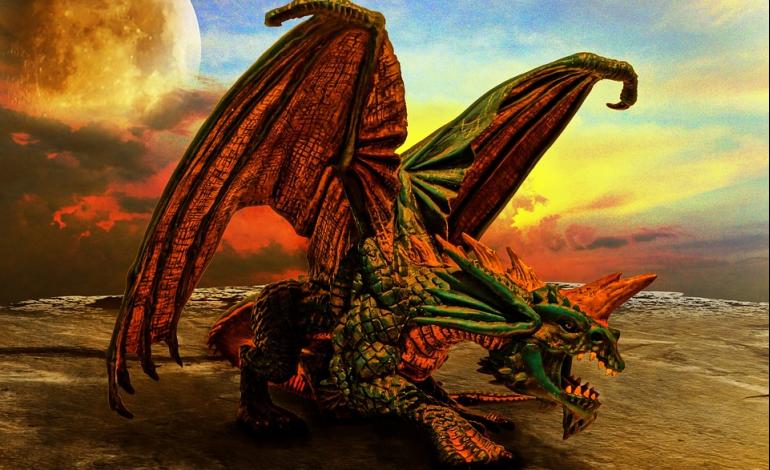 I should howl outright to tell of the rest,

How this poor a maid was over prest;

Therefore quickly come, and read for your penny.

Come, my hearts. ‘tis as good a bargain as e’re you had any.

Here’s no Sussex Serpent to fright you here in my Bundle,

Nor was it ever printed for the Widow Trundle.”

Horsham in West Sussex is renowned for its breath-taking countryside, as well as its beautiful historical buildings, one of which is the infamous Horsham Museum (Which is haunted!)

There are many good walking routes around this area, and I often walk in St Leonards Forest. The forest is vast and in autumn full of Bluebells! It seemed as though leaves never rotted but remained on the Forest floor. Squirrels chased one another up barks of numerous oak trees and sycamores, as Blackbirds chirped from above as they greeted one another.

But the Forest had a history of its own, as I had not realised until recently. The forest is named after Saint Leonard, The dragon slayer who according to Folk law slayed the last Dragon which inhabited England. After an arduous fight with a Dragon he was injured, It is said that God made White Lilies spring forth from the ground where the Saints blood fell in the Forest.

Dragons are usually associated with the elements of Earth, Air, Fire, and Water. We are used to only seeing these mythological beings in such Television programmes as Game of Thrones or films like Dragon Heart etc… Whilst doing research for this article I stumbled across another eye witness account of the supposed Dragon of Horsham.

““In Sussex, there is a pretty market-town, called Horsham, near unto it a forest, called St. Leonard’s Forrest, and there, in a vast and unfrequented place, heathie, vaultie, full of unwholesome shades, and over-grown hollows, where this serpent is thought to be bred; but, whosesoever bred, certain and too true it is, that there it yet lives. Within three or four miles compass, are its usual haunts, oftentimes at a place called Faygate, and it hath been seen within half a mile of Horsham; a wonder, no doubt, most terrible and noisome to the inhabitants thereabouts.

There is always in his track or path left a glutinous and slimy matter (as by a small similitude we may perceive in a snail’s) which is very corrupt and offensive to the scent; insomuch that they perceive the air to be putrefied withal, which must needs be very dangerous. For though the corruption of it cannot strike the outward part of a man, unless heated into his blood; yet by receiving it in at any of our breathing organs (the mouth or nose) it is by authorities of all authors, writing in that kind, mortal and deadly, as one thus saith : “

So what do you think about the legends? Are they true or a bunch of Hocus Pocus?