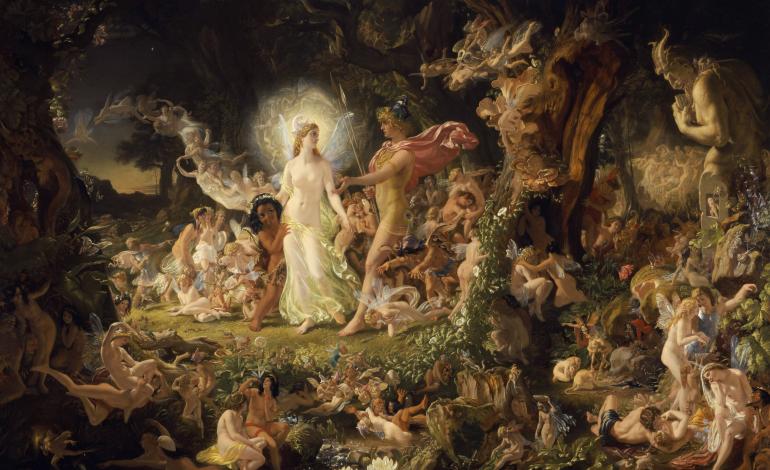 The truth is there is much to this world that remains unseen by mortal men and woman; yet, that does not make it any less real. There are a few people, like myself, that can perceive the unseen and others that get glimpses.

The Fae, are supernatural beings, from the very small to the very tall, and once inhabited this world without the need to do so in secrecy. More to the point, there was even a time when mortals co-existed with them; before the dawning of Christianity drove them into the unseen world. Now, society is more familiar with these beings when they pick up a book of “Fairy Tales” or watch a movie or television show. However, to that end, they are often portrayed incorrectly but that is what we have come to expect from Hollywood.

Fae is actually genus which encompasses a wide variety of species; Pixies, Elves, Leprechauns, Brownies, Dwarves, Gnomes, Spriggans, Sidhees, Dryads, and many more. Some are extremely beautiful and sight to behold while others are nasty and vile looking. Fae often use glamour to enchant a human if need be, and often as a means to protect the Fae.

Mostly known for their mischievous ticks and pranks there are some species of Fae that are more malevolent in nature – so you have the balance of Light and Dark Fae. Hollywood, nailed this in the hit TV Show, “Lost Girl”, and I have to say they did a fair amount of research in putting together the show.

Now, when many people imagine a “fairy” they see a small human-like being fluttering around like Tinker Bell. However, most of the Fae folk don’t actually fly – at least not with wings—or remotely match this description; yet, it remains the most common image of faery that people have come to know. In many case, the Fae, are more diverse in looks and associations than humans.

In human society, we have Governments, and in the Fae community they have courts – mostly people clump the courts of Fae into two major categories; Seelie associated with Summer and Spring (“Holy”) and UnSeelie associated with Winter and Autumn (“Unholy”). The Seelie courts are very often human friendly and have been known to seek out those who have offended the Fae to warn them and also are more inclined to bestow favors. The Unseelie need not be offended in order to wreak havoc and thus if their hand is forced they will prefer to harm rather than help. That said, there are members within both courts that seem, through actions, that they really should belong to the opposite court.

The role of the courts are very similar to that of human governmental structures in that they build armies, enforce order and law, recruit members, and during the seasons associated with the courts they have say … sort of law of the land.

However, just as we humans have an independent party, the Fae can be Solitary – whereby, the Fae swear no allegiance to a particular court and because of this are often deemed by the Fae community the most dangerous. Solitary Fae, are cut off from support by the courts but often are intermediaries between the Fae and other Earth dwelling folk like Mankind. Solitaries are often deemed social outcasts but usually enjoy the freedoms of being without a court.

Part of the mischievous nature of the Fae is their ability to manipulate language in such a way that the adage “twisting your words” pales in comparison to the ability and the command of any language that the Fae need to utilize. While their manipulation of language is more protective in nature, it is wise to be careful how you ask for favors or help from any Fae. They are masters and manipulation and loopholes and the best attorneys and politicians in our world can’t hold a candle to the abilities of the Fae in this regard.

Should you desire to interact with or find yourself in an earthy area highly active with Fae the following are Rules of Engagement;

1. Be Polite – do not insult, interrupt, or say anything to anger or offend a Fae – you don’t want that kind of trouble. (This should extend even with human interaction.)

2. Iron is both poisonous to the Fae and shaped iron is offensive. You are best to leave iron out of your gardens and areas of your home you wish to have Fae interaction with. The old horseshoe over the door trick was to keep the Fae out.

3. The Fae love gifts, but make sure they are sweet (HONEY IS A FAVORITE BUT NO CANDY OR JUNK FOOD), shiny (gems, crystals, etc.), natural (food and other things non-toxic to Fae)

4. Time spent with the Fae is different than earthly time. Think Rip Van Winkle to give you an idea.

7. When the Fae speak … listen very carefully because often there is much they are saying that is unsaid.

8. It’s best to leave Faery food alone unless offered by a Fae you trust implicitly and even then best to refrain.

9. The Fae are protectors of the earth so – make sure you do your part to keep the earth healthy and clean. Have a low carbon foot print, so to speak.

10. If ever you find yourself on a walkabout and have a foreboding sense of being watched or unwelcome – leave, quickly.

11. A Faery always keeps its promise, though very rarely is a Fae promise given, but if it is they will keep their word even if it means their own death.

12. Be wary of any agreement made with the Fae – as I said, they are masters of manipulation and loopholes.

Certain areas of our world are claimed by the Fae. Some of these areas you are welcome in and can enjoy, but others are strictly off limits. In ancient times, the people shunned these areas associated with Fae and Magick. It was wise then and is wise now – some place are simply not for mankind and are meant to be sacred. Most of what mankind has touched in nature it was done to claim ownership of and not to respect, revere, or even remotely seen as being sacred.

Tír na nÓg, the Faery Realm, can only be visited by invitation only. It’s one of my favorite places to visit, but it’s not without rules – in fact, it’s loaded with them. Unless you are ultimately familiar with dealing with the Fae it’s best not to find yourself in Tír na nÓg as you may never return from it. If you do find yourself with an invitation to Tír na nÓg keep your wits about you. It is rare that a human is invited to the realm as the relationship between human and Fae has dwindled and our treatment of the land has not gone unnoticed by the Fae.