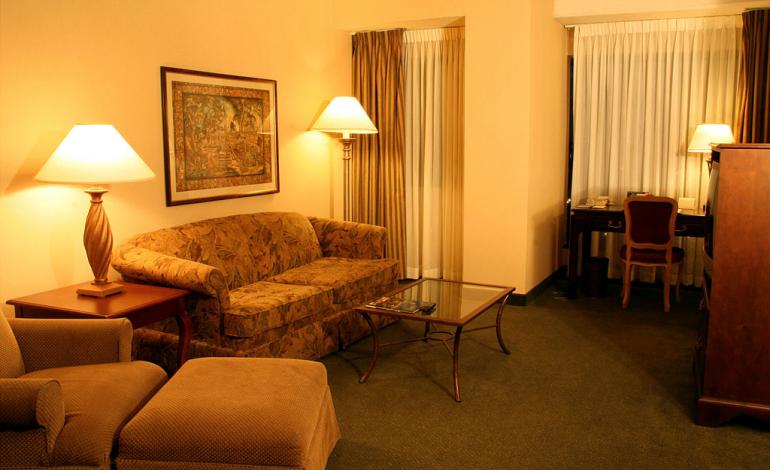 In our concluding part of this disturbing poltergeist case we learn how the case came to its conclusion and how it’s sometimes better ‘not’ to be a paranormal Investigator!

Having convinced the Alloa Christian Spiritualist Church of the seriousness of this case, some church members along with some SPI members attended the Hope house to see what they could do (16th February 1987) The following information is taken from notes that I took of this Investigation at that time.

After some brief introductions as to what the Alloa Church did and what we hoped to achieve by them being there, we separated into groups, some went upstairs and some downstairs. Prayers were said in each of these rooms by mediums of the church. Audio recordings were taken by me of these prayers John Allardice a local medium, stated that he felt extreme heaviness in his head and also heat throughout his body. Mr Allardice then said that he perceived a voice which was asking for love. He then got two spirit people come through saying that they ‘didn’t want to be sent away’! Now I was at this time in Marie’s bedroom in which local Alloa medium Emily Manini was saying some prayers. I remember that the whole room was bitterly cold, but it was February after all. But I do recall that my teeth were clattering quite loudly as I shivered in this room, (which was a wee bit embarrassing) Anyway, after Emily had finished saying her prayer, the silence in the room was broken by the sound of a woman bounding up the stairs shouting at the top of her voice that Cindy had been pushed off a wooden bench in the living room with nobody hear her.

Elaine Peters who was in the bedroom with me, stated that just before this woman came bounding up the stairs; she felt that the room was getting warmer as if whatever might have been in the room with us, had left and went elsewhere, downstairs perhaps! We all at once quickly abandoned the bedroom and rushed downstairs. After the excitement of what previously had happened, a church member administered psychic healing to Cindy, Elaine and the other neighbour. All was quite for now and the relaxed psychic healing seemed to ease the tense situation. Now this is where I made a big mistake. I stupidly turned off the audio tape recorder. For some minutes later the most strange and alarming look came over Elaine Peters face. A menacing piercing look in which one felt they had to turn away from, I know I certainly did? Suddenly, Elaine stood up and started speaking out in the most strangest voice. Definitely unlike her own. From my notes, and sadly not from my audio tape, this is what Elaine said.

“They took Lawrence away, they threw him down a hole, threw logs over him”. “I like it here, I don’t want to go”. “They keep taking away my friends, my mum’s name is Victoria, men are going to get me, the men that threw Lawrence down the hole”. “They said that he was dead, we are not dead”. “Elona is the name of the baby, Lawrence is 30 now, I’m 25, I can’t look around the room because the men will get me. Please don’t let me go away” “If mummy comes they’ll put her down the hole” “I’ve got spots but she and Lawrence can’t be dead because of this baby”.

I would point out to you the reader that the name Elona was the name of a baby that Elaine had lost in childbirth some four years previously. Incidentally, the girl’s name Elona \e-lo-na\ is a variant of Alona (Hebrew) and Ilona (Hungarian, Greek), and the meaning of Elona is “oak tree; light”. All eyes were fixed on Elaine as she continued to whirl about the room and speak out in this strange manner; it surely was one of the strangest sights that I’ve seen in all my years of ‘ghost busting’. Eventually, after about five minutes, Elaine slumped down into a nearby chair. Wow, this was something else and totally unexpected too. All of which not captured on audio tape, I could have kicked myself. The hole that Elaine spoke about bothered me. I was aware that quite near this housing scheme was a number of old mine shafts (now bricked up) At a later date myself and a fellow investigator visited some of these mine shafts, and although we couldn’t gain access, we took a number of photographs of them. Of course, these mine shafts might have had nothing at all to do with what Elaine was speaking about when she was ‘taken over’ (if indeed taken over she was!) Could these ‘holes’ that Elaine referred to be anything to do with plague pits? A number of plagues spread throughout Central Scotland hundreds of years ago could this have a bearing on what she was referring to?

The following day SPI secured the services of a well know Stirling medium, Mrs Jean Glenn. Jean visited the homes of the families concerned but other that her picking up some strong psychic impressions from the homes, nothing else was ascertained. On the 18th of February a colleague and I were again given permission to spend the night in the house. We did all the usual checks from the loft through to every room in the house, all seemed in proper order. I recall sitting on the top stair of the stairs in the house in total darkness that is for a faint moonlight beam which tumbled through a chink in the curtain of the top landing window casting its soft glow at the bottom of the stairs. Dust particles caught in the beam danced around and all was quiet in the house. It was at this point that I thought to myself, “why do I do this, I very rarely see anything in haunted houses it always happens when I’m not there”. I moved the quilt which was around my shoulders closer to my face as the cold still air bit all around me. For the second time SPI had experienced nothing in the house, to which again all family members couldn’t believe, indeed they were quite angry that we hadn’t experienced anything, I couldn’t believe it. None the less, we kept our eyes and ears on the situation as the days rolled by.

One amusing incident that occurred during this Investigation (well its amusing now it certainly wasn’t at the time) was the following.

ASSAULTED ON AN INVESTIGATION!

I was sitting having a quite drink with a friend in the Royal Oak bar in Alloa when this bloke comes up to me and grabs me by the throat. Now he was seriously pissed off BIG TIME. I hadn’t a clue who this guy was, I had never seen him before in my life, and by way of introducing himself, he had me by the throat, pinned to the wall, and honestly my feet were dangling in mid air. It was seriously like a Tom & Jerry cartoon. I tried to speak but I couldn’t, he was compressing my wind pipe. He then said, (And I’m being extremely conservative here) “I’m going to kill you you, you’re the guy that’s seeing my girl”. Not quite what he said, but this is a family book! Now, like I say, I don’t know who this chap was but he’s angrier than a grizzly bear whose meal has been taken away from him. Eventually I managed to ease out a few words in my mid air dilemma. I asked him who he was on about and he stated that I had been seeing Cindy Hope his ex girlfriend who lives (He gave me the house number and street at this point) Gartmorn Road Sauchie.

Now this was beginning to make sense but he clearly had the wrong end of the stick. I said that I was a paranormal researcher and I was Investigating the claims made to us by Mrs Harrison and that I was attending her house in a research capacity, he thundered by saying, “Well I’ve heard a lot of good lines in my time but you mate take the biscuit, a paranormal researcher, are you taking the mick” ? I informed him that I wasn’t taking the mick and I could prove who I was with my SPI card and he could also check it with his. Eventually as I told him more about myself and the other people who were involved in the case, he released his grip. I fell to the floor like a sack of potatoes. If I had have been watching this I would have been in hysterics, but there you are, that’s a true story of my one and only time (so far!) of almost getting beaten up in the line of his paranormal duties. As I say, I can laugh about it now, but I Certainly couldn’t at the time.

The outcome of this Investigation was that we later on conducted a ‘cleansing ceremony’ in the house where our resident psychic Helen Walters and other members of SPI made contact with those spirit entities that were ‘occupying’ the house and made sure that they went to the light. We hope that it worked. All families moved away from the district soon after and I couldn’t really knock on the new tenants door and say, “Excuse me, but your house used to be haunted, can you tell me if it still is”? I don’t think that would have gone down so well. All in all then, this was a most interesting case, and although we researchers never saw or heard anything unusual ourselves, (Apart from Elaine’s strange trance like state) it was nonetheless an interesting experience for us all.