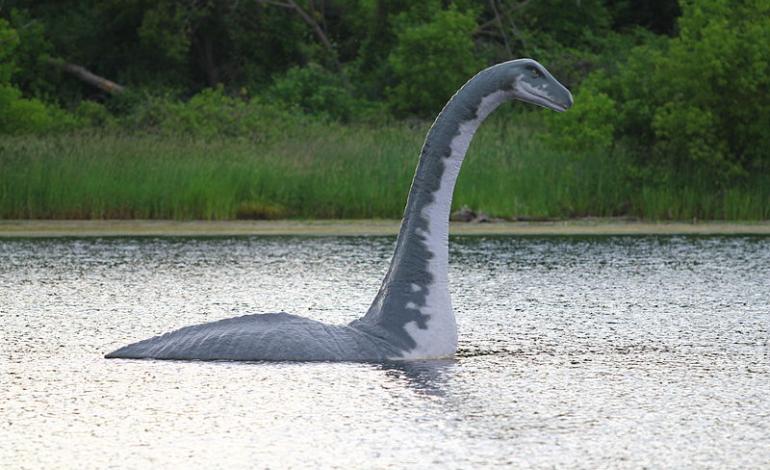 In previous articles we have looked at ghosts, UFOs and touched on the subject of Cellular Memory. In the following articles, we turn our attention to another one of the world’s most elusive mysteries, one of which can be found right here in the British Isles. It has done wonders for the Scottish tourist industry ad thousands of people come to visit the area from all around the world. I am of course referring to Scotland’s Loch Ness Monster. Doing well from the tourists is all well and good but the fact remains, is the Loch Ness Monster really real in so far as whatever is in Loch Ness is as yet unrecognised (to science) as a living creature, or are all the sightings of ‘Nessie’ throughout the centuries all misinterpretations ? Well in the following articles we’ll take a look and journey through the mystery that is the Loch Ness Monster.

Sightings of ‘Nessie’ go well back into antiquity, indeed the first official recorded observation of a strange creature in the loch was made by St Columba way back in 565AD. St Columba was a Christian Missionary who was visiting Scotland from Ireland and Columba’s biographer, St Adamnan wrote that one of Columba’s followers was attacked as he swam across Loch Ness to collect a boat from the other side of the loch. St Columba formed the sign of the cross in the empty air saying “Think not to go further nor touch thou that man. Quick! Go back!” Whereupon the creature disappeared back into the murky depths. Since then thousands of reported sightings of strange creatures have been sighted on the Loch’s surface. Most sightings last only seconds, whilst others have lasted minutes. Because of the short duration of sightings, people have speculated that it is an accidental breaking of the loch’s surface by this creature as this creature is feeding off fish close to the surface of the loch. There are many theories as to what ‘Nessie’ could be, from swimming elephants! (yes that has been given by sceptics!) to otters, boat wakes, submerged tree trunks rising to the surface (due to the release of gas within the decaying tree forcing it to the surface), all of which could be true. But like I have always said, one should never throw the baby out with the bathwater. In other words, just because something sounds and looks ridiculous, doesn’t necessarily mean to say that it is so. Science must look at everything from all angles as we, that is mankind, certainly don’t know all there is to know about ourselves and the universe we live in, there are many more wonders to discover I’m sure. As a researcher into most aspect of strange phenomena (and of course being a Scot myself) I have travelled up to Loch Ness on many occasions. I have camped around the Loch, and I have also interviewed a good number of ‘Nessie’ witnesses all of whom have had a tale to tell.

Out of all the interviews that I have conducted at Loch Ness, one of the more interesting ones concerned Englishman Frank Searle who came to Loch Ness in 1969 in the hope of capturing ‘Nessie’ on photograph. Whilst there are indeed quite a number of photographs taken by others claiming to show ‘Nessie’, Frank literally managed to photograph ‘Nessie’ nearly every time that he went out looking for her, and as such, drew the world’s attention not only to his photographs, but to him as a person. Sadly Frank passed away some years ago but his legacy and photographs remain. I’d now like to present you with an interview that I conducted with Frank Searle at his base camp near the village of Foyers on the shores of Loch Ness.

(MR) Firstly Frank what captivated your interest in the Loch Ness Monster?

(FS) I came here purely and deliberately to find out for myself, because I was not satisfied about what I was reading about Loch Ness.

(MR) Now during this period of time that you have been at Loch Ness, just over 13 years, how many sightings of Nessie have you

(FS) Oh, at least half of my sightings I’ve had someone with me at the time. On several occasions more than one person.

(MR) could you relate to me what has been your best sighting?

(MR) Now, do you think you could have been mistaken with any of these sightings, and that they may have been due to natural explanations?

(FS) No, that is rubbish. I was a professional soldier in a specialised regiment for 18 years; the government spent a lot of time and money training me. I’ve been all around the world, when I’ve seen an animal I know I’ve seen an animal.

(MR) Have you ever seen more than one animal on the loch at the same time?

(MR) How close have you been to one of these animals?

(FS) Apart from the small ones which we were very close to, it’s usually about 200 metres.

(MR) Are there any particular months of the year in which sightings of Nessie are more frequent or is it sporadic?

(FS) No. You are talking about an accidental breaking of the surface, the animals are not air breathing, they break the surface by accident, probably when they are feeding. There is no pattern what so ever, it’s just a matter of somebody being lucky enough to be in the right spot at the right few seconds, and we can emphasise few seconds because you’ll never see Nessie for more than about six seconds.

(MR) Have there ever been any reported sightings of Nessie during any rain storms, or for that matter snow storms?

(FS) There have been sightings of Nessie from every month of the year and at all times of the day. You see, once again I must state that we are dealing with an accidental breaking of the surface.

(MR) Some authors who have written books about the Loch Ness Monster’s record more sightings of Nessie in the Urquhart Bay area, would you go along with their findings?

(FS) Well I’m afraid without any kind of boasting, I’m the only person in the world who has written a book about Loch Ness based on his own experiences. Most of the authors of these Loch Ness books have never spent any time investigating Loch Ness. The story about Urquhart Castle being the best place for sightings, was deliberately spread by a past custodian of the castle to induce tourists to go down and pay their money to see the castle ruins, and the man told me that himself!

(MR) To your knowledge Frank, what has been the most number of people to have witnessed Nessie at the same time?

(FS) Well I record sightings for my own information service, and I only record them when I can interview the people involved within 24 hours, which doesn’t give them time to go away and read books and jazz up a story. I have to be impressed by the people themselves, so I am very strict with what I accept. I think the most people I had on one sighting was 11, and these 11 people were made up of three different groups, a family of 5 from one part of England, a family of 3 from another part of England, and 3 American girls in a hired car who all happened to be in the same lay-by at the same few seconds.

(MR) Talking to these witnesses collectively can you really believe that they are telling you the truth and are just not leading you up the garden path?

Malcolm Robinson is the former assistant editor of UFO MATRIX magazine and is the author of three books, UFO Case Files of Scotland (Volumes 1 and 2) and Paranormal Case Files of Great Britain (Volume 1) both books are available from www.amazon.co.uk Malcolm’s fourth book, ‘The Monsters of Loch Ness’ (The history and the mystery) will be published summer 2015. Malcolm has lectured extensively on UFOs and the paranormal all over the UK and internationally and has appeared regularly on TV. He is one of the few people on the planet to have been down in the Loch Ness submarine.