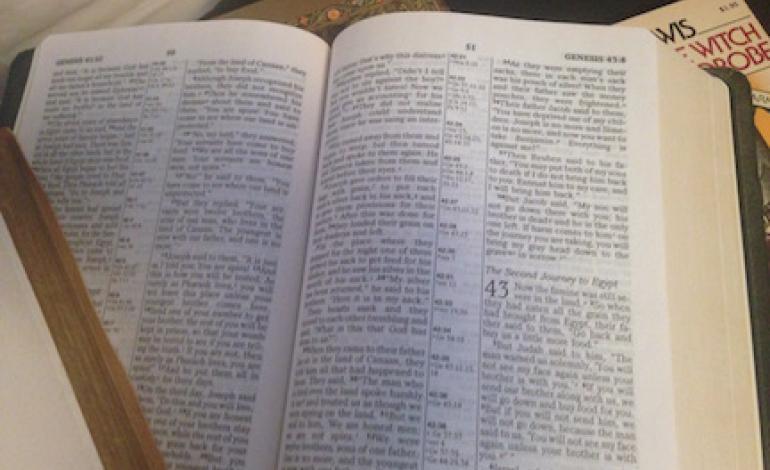 The Mandela Effect refers to memories of a history that doesn’t match with documented or previously remembered history of an event, place, person, or thing.

Well, he is, or he was. So, I tell myself, my memory is, obviously, wrong. This never happened as I recall it. I am sane enough to admit that my memory is not perfect, and I move on.

The Mandela Effect suggests (to those who’s memory is very, very slippery) that we have slipped into an alternate reality where, in this other place and time, Nelson Mandela is alive, or is it dead? Whatever.

The suggested cause of this experience is either a slide into an alternate reality, or we are living in a Holodeck which is glitching on us. For those of you who are not Trekkies, a Holodeck is a fictional, virtual reality featured on Star Trek. It is a lot like the movie, The Matrix.

Have I already lost some of you?

I first came upon this thing called the Mandela Effect from a friend who forwarded a post from a website run by a renowned demonologist / exorcist. This person warned about changes in the Bible text, and suggested that demons are to blame and that it is somehow a forewarning of the end times and the Rapture. Text, certain words and verses of the King James Bible, had been observed to have changed recently within the actual printed pages of the Bible; magically, mysteriously, suddenly. There were very alarming warnings to watch your Bible text for changes. Try to remember what you used to know and see if it has changed.

I admit, I had a split second of intense paranoia, and I actually picked up the Bible, which is a permanent fixture on my bedside table, and checked the listed “changed” text, and yes! OMG!

Then I took a deep breath and said to myself, “What a minute. You are a sane, rational, reasonable person. This is wacky, this is nonsense, and this is insane paranoia born from conspiracy theory and lunacy.”

No, this was born from the mind of a person with a website, who shall remain nameless, because it is out there on the web now. And, like Slender Man, it doesn’t matter how crazy this sounds, or where it came from, it has taken on a life of it’s own and certain people will not be reasoned with or consoled. So be it.

To me, it is just one more spark of evidence that the Marching Morons have taken over our culture. Like the belief that we never went to the moon, or the whole world is really run by the Illuminati, or Aliens, or the Capitalist Industrial Complex, or we are living in a Holodeck created by some insane deity for his recreational pleasure.

One of my own, personal, recurring nightmares is that The USA is not really a free, democratic society. It is really a fascist country run by a secret society of demagogues and I don’t really have free speech, or free will, or any freedom at all. I’m really living in a place where my Internet is controlled, what I read and hear are all controlled, and I am watched on Cam 24-7. Like the movie, The Truman Show, I have been duped since birth to believe a pack of lies called “freedom”.

Do I know this is nuts? Yes, I do. Do I sometimes believe it, especially at times such as this presidential campaign? Yup. But, when my paranoia returns, I pet my dog, text my best friend for a reality check, take a great big cleansing breath, and move on.

Is this the result of pseudo-science? (Read my article on Pseudo-Science vs Science for more information.) Do people who think they understand the physics of string theory, or the time-space continuum, or quantum mechanics, think they have discovered proof of an alternate reality?

I have vivid memories of having long discussions with friends while sitting on pillows on the floor, burning incense and other aromatic delights, and batting around theories about “life, the universe and everything”, and quoting from Hitch Hiker’s Guide to the Galaxy. Are we all figments of our own imaginations? What is reality? Are we all sitting on the head of a pin in some philosopher’s study? Are we all fictitious characters in a novel? Are there alternate universes that we can listen in on when we are sleeping? Or meditating? Or tripping? Have we all watched too many episodes of “The Twilight Zone”? Am I living in Narnia and I can go back through the spare-oom, through the wardrobe and back to England, where no time has lapsed and I have not aged? Was C. S. Lewis a traveler between alternate realities?

Such was college life in the 70’s; too much Ripple wine, smoke, Doritos, J. R. R. Tolkien and rock music by Yes.

The Bible has gone through a lot of translation changes in the past 50 years. The King James version is not the most accurate translation, according to Bible scholars. There are a lot of different translations out there that have changed wording, or spelling, or the order of words to more accurately reflect original texts. We may remember certain verses from the King James but a newer version has changed the verses.

Another explanation for our memories is if we attended a liturgical church that uses the Book of Common Prayer, recitations from that book were often different from the Bible, but they have stuck in our childhood memories. When we hear or read a Bible verse that contradicts that memory we think it has changed. It hasn’t. Our memories are of a different text. Our memories are always in flux, vague, changing, susceptible to stress, age, and selection. Calm down.

By the way, according to the Mandela Effect theorists, this phenomenon is not exclusive to Bible verses. Your calendar could change. Your keys could be found in a different location than you recall placing them. The Mandela Effect could explain weird occurrences anywhere on the planet. It’s wide open.

Walk through your precious days enjoying the mystery and madness of it all. Honestly, you are not slipping into an alternate reality, or time tripping, or hallucinating, or playing on a Holodeck or on a stage set in an episode of Supernatural, although that would be awesome.

Oh no. I was just editing my text and it has CHANGED…

I couldn’t have written anything this bad.