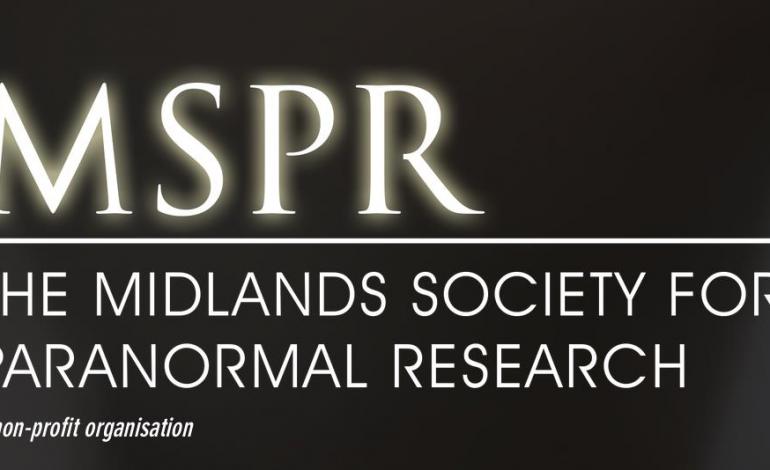 What’s it all about?

The world has never been so fast paced. Technology is ever evolving and science is more open to the study and exploration of metaphysical theories than ever before, with ongoing technological advances making connecting to whatever lies beyond our physical realm more and more possible, for more and more people!

Living in the Midlands all my life I am incredibly proud and excited by the wealth of paranormal resources we have around us. Whether in the fabric of places like

We all know the Midlands are teaming with haunted hot-spots. But what’s arguably more exciting, is the high concentration of paranormal enthusiasts, individuals, teams and organizations all busily searching for proof of the afterlife night after night. A lot of this work goes unnoticed, but having had the briefest of conversations with people over the last few years, I have been struck by the genuine passion and enthusiasm for experiencing something paranormal. I guess that planted the seed in my mind in late 2014 which has now grown into the formation of the MSPR. I very much wanted to create something which members felt was theirs. Not a borderline dictatorship setting out guidelines for how and why people should do things, but a supportive, cohesive coming together of minds!

Paranormal investigation has always been within anyone’s reach but as someone who has spent almost two thirds of their 33 years on this planet looking for answers and proof, I know only too well the barriers most of us face when not only taking that first step, but also when wanting to be taken seriously. As a member of ASSAP (the Association for the Scientific Study for Anomalous Phenomenon) and other established organizations I have the upmost respect for a unified and controlled approach to presenting research and findings. However, I am constantly reminded as I rotate between the various paranormal circles, just how difficult it can be to get a project off the ground. As with all things, the field of paranormal research has a peppering of snobbery and far too often I speak to people who have their ideas for trials and experiments rubbished by the wider community simply because they are ‘unknown’ or they don’t already have a series of papers or projects under their belt. It’s a shame as often this is precisely what makes most would-be researchers disillusioned with the whole idea. I wonder how many great discoveries we may have made over the years if we’d came together in a practical way, rather than under the wishy-washy guise of para-unity. Before I get shot down in flames, I do believe there is para-unity out there amongst small pockets of the wider community, but generally speaking, it’s every man (or woman!) for themselves. Again it’s a shame but unsurprising.

We are in no way claiming or hoping to change the world of the paranormal.

We don’t have overinflated ideals, but the MSPR does have some simple aims.

• To create a fresh and motivated community genuinely willing to combine and share intelligence.

• To lay solid foundations for ongoing research into the unknown.

• To ultimately play a role, however small, in providing strong evidence that there is more to existence than our physical world.

Some may say these are unachievable. But we don’t think so.

The MSPR exists so that groups and individuals based in any of the Midlands counties can potentially put a paranormal trial or experiment into practice knowing they have support and backing from other members, whether that be gaining teamwork, resources, the use of premises…whatever is needed!

We ourselves have ideas we’d like to put into practice and currently have 3 research projects underway which we hope to be able to report back on in September 2016. One of these focuses on the validity of Psychometry and the ‘Energy to Object’ relationship, which is proving very interesting! Long term we would very much like to reach a point at which the society can offer funding for projects which really capture the imagination of members!

Having said that, no man (woman or society) is an island. We all need guidance and the opinions of those more experienced and the MSPR is fortunate to have the beginnings of a very solid advisory panel supporting us. When we were deciding who to approach we knew we wanted to cover as much ground as possible when it came to the knowledgebase of our panel. We feel much honored to have specialists in their respective fields onboard and in time, we hope to grow our advisory panel further.

We plan to organize the first MSPR conference for 2017 with a view to bringing together representatives from some of the regions most haunted locations, local investigators, enthusiasts and paranormal teams to showcase exactly who and what is right under our nose - who knows what it could lead to when we’re all under one roof - Central England’s paranormal compass could well be spinning out of control!

Most importantly, we’re in no rush to establish ourselves. The society has been brewing now for almost 2 years and time will tell if anyone else wants to be part of a new way of operating within the paranormal community.

For now, we’re just excited to build relationships with as many like-minded people as possible and maybe even discover some local people or places we’ve never heard of!