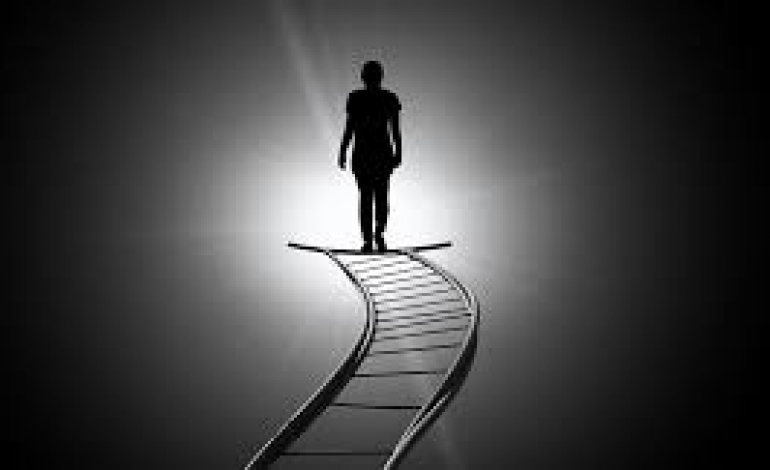 From the experience that a human being has from the time of birth until death involves the transfer of consciousness and energy. The energy I’m referring to is light energy and dark energy from the exposure of day and night over a 24 hour period. The human body absorbs and retains both of these here in this environment in and around planet earth.

The process I’m describing is in association with aging, illness, accidents ect. When someone ages what happens due to the natural course of evolution and wear on the body is pressure slowly transfers out of the body which causes the appearance to change on a human body, wrinkles form, osteoporosis can occur, the circulatory system experiences degeneration and this affects the electrical activity in the Central Nervous System eventually resulting in the phenomenon of death. Other health factors can occur as a result of this as well.

The reason that most elderly people don’t express a lot of fear as they get nearer to the time of death is because the pressure that is transferring out of the body allows more energy to transfer from the Higgs field into their bodies and existence itself knows they are in preperation for that experience. Existence has eternity incorporated into itself and that starts transferring into the body as well. With accidents and injury this process happens almost instantly. When the time of death occurs what happens is all the pressure transfers out of a human being’s body and this pressure is also inclusive of the fear of death itself. The energy contained within the Central Nervous System shuts down and that energy transfers into the Higgs field along with the consciousness and the embodiment of the individual.

The fear of death itself is contained primarily within the subconscious energy, and all of the subconscious energy merges into the consciousness. When all of this occurs the Higgs field transfers into the body completely and the transfer of consciousness into existence takes place. The reason people have heard that others who have had NDE’ s experience total peace is because the fear of death is lost completely and the consciousness becomes completely adaptated into the Higgs field, which represents eternity.

The individual starts their transition into a state of advanced consciousness and becomes more spiritually, psychologically and anatomically more advanced. This happens because The Higgs field has all the energy and information contained within itself on how the make up of a human being should be ideally, instead of determined genetic traits from other human beings. The Higgs field represents eternity because it belongs to existence and existence is eternal, and the individual transfers through it into the next stage of development in the evolutionary process which is the 5th dimension located in the Whirlpool galaxy.

This is where God’s home is located. The tunnel which people see is actually a wormhole that is created from the transfer because the transfer itself is much faster than the speed of light. This has to happen like this because if the transfer of consciousness were at or around the speed of light it would generate way too much mass and the introduction into the 5th dimension would not take place appropriately. They arrive into the 5th dimension very comfortably with an extremely powerful level of truth, love, divinity and their eternal lives incorporated within every fiber of their being.