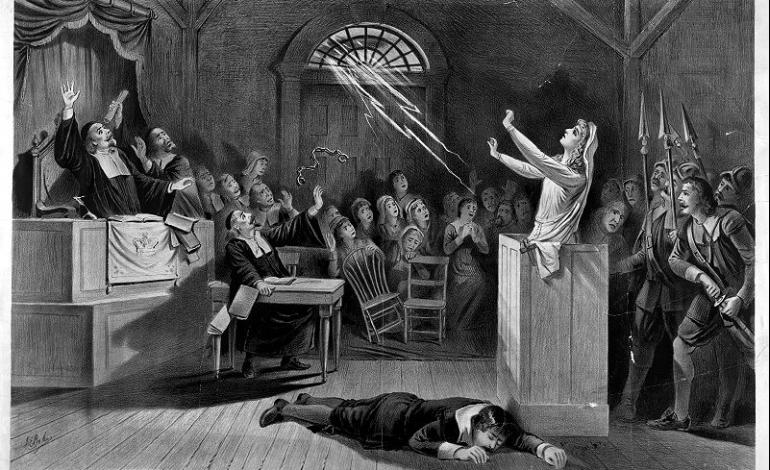 The Problem with Spirits

What if, as has long been thought, spirits – of the dead or otherwise discarnate – were real? I ask, if only to challenge current assumptions, or, should we say, taboos? People invoke Occam’s Razor at the drop of a hat, usually to cut through other people’s arguments and champion their own. So if we were to do that now, what would be the simplest and most elegant solution to the problem of the paranormal? Spirits – dead, discarnate or otherwise – spirits have the day. So why do we, in the main, reject them? People may argue that spirits have no place in materialistic science. Indeed they do not. But that is not necessarily because science is materialistic. After all, materialistic science has given us Quantum Mechanics and String Theory, and all the rest, things far stranger than Horatio dreamt of in his philosophy, or chosen belief system

I have never been a fan of Occam’s Razor. It is just a rhetorical device. Even so, it still leaves us with the problem of spirits. And perhaps the problem of science. Our President, Richard Broughton, begins his first column by raising the possibility that mainstream science has been deluding itself for years by the inherent tendency of scientists to fudge the results, not always intentionally, so that they match their expectations. It is attendency that is exacerbated by an academic system that cries ‘Publish! Publish! Publish! Dr Broughton also observes that the ‘decline effect’ so rampant in parapsychology is not parapsychology’s problem alone. When previously established scientific results can no longer be replicated it leaves one with the curious feeling of falling, like Alice, down the rabbit hole. As you read on in this issue, that feeling will only get worse. Dr Terence Palmer has written up the paper he presented at last year’s SPR Conference on the subject of the science of spirit possession. Making some enquiries into the names he mentioned, I was delighted to receive an article from Dr Alan Sanderson, one of the pioneers of Spirit Release Therapy in the UK. Their case studies make alarming reading. If spirits are not real, then why do people respond to them as if they were? And undergo successful treatment on that basis? Occam’s razor has surely been blunted by over use…The cases stack up. Jack Hunter and Dr David Luke have graciously allowed me to reproduce an excerpt from their new anthology,

Talking With the Spirits: Ethnographies from Between the Worlds, that showcases the diversity of contemporary spirit mediumship. The theoretical underpinning of this collection is to take these experiences seriously. Collector Brandon Hodge joins us again with the first of his new series on spirit communication devices. It is a necessary historical reminder of the importance of ‘spirits’ in the ostensibly disenchanted, modernised, mechanised and now digitised west. We are forced to reflect – and the venerable history of this Society will not let us forget – that the spirits are not something confined to the exotic cultures that were once the mainstay of anthropology. We should take the cases studies offered by Palmer and Sanderson seriously, too, even if ‘spirits’ is not the answer we want to hear. Down the rabbit hole things can only become stranger.

Dr Richard Broughton considers whether mainstream science is finally catching up with parapsychology and what that means for our grasp on reality.

Robert McLuhan, Commissioning Editor of the new Buckmaster Publications Project, explains what it is and what it means for the future of psychical research.

Dr Terence Palmer takes us on a personal journey to his discovery of Spirit Release Therapy and outlines the findings from his book, The Science of Spirit Possession, now in its second edition.

GIVING UP THE GHOST

Dr Alan Sanderson, a pioneer of Spirit Release Therapy in the UK, presents a powerful case study and asks what we can learn from it.

From Wild Beasts of the Philosophical Desert to The Secret History of the Soul, explore four exciting books.

Dr David Luke and Jack Hunter give us an extract from their new book Talking With the Spirits.

Ron Pearson explains how his new ‘wisdom of the crowd’prediction experiment hopes to find out when the Yellowstone Super volcano will erupt.

Callum E. Cooper takes us with him to visit the famous Rhine Research Center, including an interview with Alice Kelley, the niece of Dr Alex Tanous.

Dr Matthew Colborn presents an overview of the recent SPR Study Day on ‘Psi and Psychedelics’.

GHOSTS IN THE MACHINES

Brandon Hodge launches his new column with an examination of the earliest commercial spirit communication devices.

Paranormal Review is sent free to members of the Society for Psychical Research. It is also available to non-members for a yearly subscription of £20.00, including post and packing in the UK. Contact secretary@spr.ac.uk

Members have access to previous editions of the Psi Researcher and Paranormal Review via the online library. Some back issues are also available for purchase at £5.00 per copy, including post and packing within the UK (outside the UK additional postage costs apply). Contact secretary@spr.ac.uk www.spr.ac.uk under ‘publications’.

The SPR welcomes members of the general public, as well as students and researchers in all disciplines, to join. Membership does not imply acceptance of any particular opinion concerning the nature or reality of the phenomena examined, and the Society holds no corporate views. The minimum age for joining is 1 6, with reduced subscriptions for students, couples and senior citizens. To renew or apply for membership please visit the website at www.spr.ac.uk, telephone the Secretary, Peter Johnson, on 020 7937 8984, or email secretary@spr.ac.uk. www.spr.ac.uk