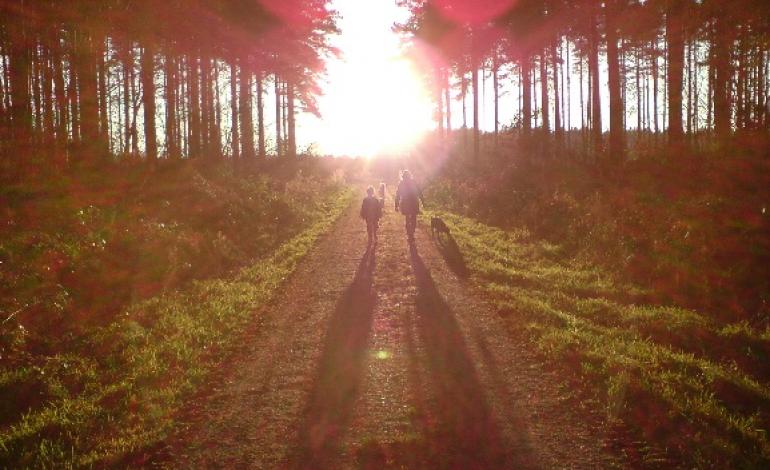 We can be inspired by a parent, friend, hero or maybe a wonderful teacher to set our sights high and go for gold. We can find that inner determination to focus and keep plugging away at life’s tasks and duties as we aspire to achieve our goals and aim for our dreams. But when we become creative we are moving into a state of mind where the unknowable becomes known, the clear insight arrives with a sparkling clarity and all our known knowledge becomes somehow greater than the sum of its parts with the addition of a little inspiration.

A very gifted physics teacher at my high school outlined, at the beginning of term all the things we would be learning based on the discoveries of Sir Isaac Newton and others, a long list that we obediently noted down, he then paused and began to describe an experiment conducted by Heisenberg which introduced us to his “uncertainty principle”.

“This ascribes the uncertainty in the measurable quantities ….. Triggered by the act of observation.”

This paradoxical observation suggested that the experiment’s results were affected by the experimenter’s expectations, that on some level our thinking influences our environment and in this case the outcome of the very test that the scientist was conducting.

He used this fascinating insight to fleetingly introduce the concept of quantum mechanics to us as we began to learn about Newton’s theory of general relativity. He left the door open to our imaginations by pointing to the gulf between what was known at the time and what was yet to be understood in quantum field theory.

Heisenberg lectured on his quantum theories across the world, whilst in India he was invited to visit with Rabindarath Tagore, an Indian poet, philosopher, artist, playwright, composer and novelist. He discussed a great deal with Tagore about Indian philosophy and became aware of the similarities between ancient eastern philosophy and the newly emerging view of the universe from a quantum viewpoint. Many books have been written about the mystical implications of sub-atomical physics, Fritjof Capra’s The Tao of Physics, is to me the most authentic. Written by Capra some 40 years ago, it is an exploration of the parallels between modern physics and eastern mysticism and was a key influence in my own insight into our capacity to understand the universe and the thought processes that lead to new discoveries. How was it possible for a group of seemingly simple mystics to have glimpsed a quantum reality through meditation thousands of year ago, a reality that has only become apparent to us with the relatively recent scientific discoveries of the last century?

I have long pondered what is the essence of that special Eureka moment? There is, within all of us the capacity for creative thought, the potential to create ideas, find solution to problems and find the path of least resistance. But what is happening in that moment, how do the various parts of our memories and imagination come together to produce a coherent theory, a conclusive moment of truth.

Nothing inspired my curiosity more than when I sat with psychics and mediums in my teens and twenties and they recounted seemingly unknowable facts about me and my loved ones. How was this possible? How did they know the unknowable, the two opposing schools of thought could be summed up as follows.

1. They were reading my body language and making leading bland statements to illicit responses and reactions which would shape the information they provided. Their expertise in the art of cold reading; as it is known, had bamboozled me into believing the impossible. They had perhaps also researched me and armed themselves with lots of information about me from a mutual contact or other source and used this to pad out the meeting.

2. They possessed a capacity to develop their intuition to a degree which although seemingly impossible was demonstrating a skill which was real and full of potential as part of human evolution and a vital component of our ability to adapt. Logically this talent would be written about and be demonstrated throughout history and be as old as man. It would have been a major discovery of any time and would show itself in some form where ever you looked.

Creativity is our tool for dealing with the new and unknown, inspiration is the spark of new connections made. The more creative the individual the more synergy they would have with the psychic or the mystic in the process. Although the hard work, laboured study, and motivation would be varied in its intensity; duration and goal, the moment of creation would have everything in common. That instant would involve the mind being relaxed enough for a blank canvas to exist for the new idea to appear with form and potential.

The act of creativity is often a solitary process, the moment of inspiration for some of our best loved music or literature is often produced in isolation, the mechanism for the discovery is never as important as the project in hand, the creative mind thunders forward with the potential for another moment of clarity.

J K Rowling describes the moment she thought of Harry Potter, “It was 1990. My then boyfriend and I had decided to move up to Manchester together. After a weekend’s flat-hunting, I was travelling back to London on my own on a crowded train, and the idea for Harry Potter simply fell into my head.”

I believe that each of us has the potential for creativity through which we can begin to glimpse the infinite, a collective unconscious as Jung would call it.

Keeping an open but cautious mind I began to investigate the potential for this hidden history of scientific endeavour and began to develop my own abilities. I have found many fascinating books written by a wide variety of authors, as varied a group as you would find in any random sample.

Otto Loewi was a German Nobel Prize winning pharmacologist, he discovered that nerve impulses were transmitted chemically, not electronically, all thanks to a dream. At the beginning of the 20th century pioneering chemists first proposed the idea of chemical impulses in the brain but for nearly 20 years it was still only theoretical until Loewi awoke from a dream in 1921 with a fully formed provable theorem. He excitedly scrawled his notes down in the early hours and went back to sleep, the next day he described as the longest of his life because he couldn’t decipher his late night scribble. Miraculously he had the same dream the following night after which he took greater care to note down his new discovery as he went directly to his laboratory to perform the experiment.

Michael Bentine, CBE was a British comedian, comic actor and was a key member of British Intelligence during World War 2. He was also the author of some wonderfully open books; I relished his The Door Marked Summer and The Doors to the Mind, which recounted his family’s investigations into the paranormal. His father had an engineering background and had applied his analytical mind to understand the faculty of mediumship in his early retirement. Involving his young family he had investigated, psychics and mediums across his adopted home county of Kent, he was quick to expose the charlatans and the self-deluded on his quest to find the genuine article. His discoveries and conclusions proved fascinating to me at the time and spurred me on to look for other like minds who applied rational enquiry to this fascinating field.

Sir Isaac Newton, the father of scientific intellect was born in 1643 a time that would see political revolution and rapidly changing religious intolerance. A gifted student, he went to Cambridge University and developed his theories with rigorous experimentation and mathematics. He developed a habit of working through the night, often not leaving his laboratory for weeks. During his creative life his scientific contribution was both considerable and indisputable, but his secret study of the occult, the ancient art of alchemy, biblical interpretation and his quest to rediscover long forgotten mystical wisdom comprises a greater body of work. The existence of these papers was known by some but excluded from early biographies and written accounts of Newton, it didn’t fit with the common perception of his genius and was still very much a heretical hot potato at the time of his passing in 1727. In 1942, economist John Maynard Keynes bought and studied this body of work and is credited with this summary of the secret nature of the man, “Newton was not the first of the age of reason, he was the last of the magicians”.

Carl Gustav Jung, born 1875 was a Swiss psychiatrist and psychotherapist who founded analytical psychology and developed his theories alongside Sigmund Freud. He was fluent in English, French, Latin and Greek and studied mythology, philosophy, religion and alchemy in his quest to understand man and the mind of man. Jung formulated and developed his concepts by a considerable amount of what he called introspection, what we would now recognise as meditation. The best known of his concepts are introversion and extraversion but he also coined the term the collective unconscious and synchronicity. His prominence in the study of the mind is made all the more intriguing by his attitude to those that found his methods unusual. He was open minded and confident enough to show all his influences.

“I feel it is the duty of one who goes his own way to inform society of what he finds on his voyage of discovery.” (Carl Gustav Yung)

My journey of unearthing our potential was fuelled by a passion to understand my own emerging psychic abilities. Clairvoyance, clairaudience, clairsentience have been the backbone of my own intuition, that is clear vision, clear hearing and clear feeling. More meditation and study led to experiencing more of these moments containing greater lucidity. A calm meditative state is a prerequisite for the seeker to allow the background chatter of daily tasks, concerns and expectations to die down from a tumultuous ocean of activity to a still millpond of calm. It is then that we can experience claircognizance. This is when the knowledge arrives fully formed without the background knowledge to have acquired it, the deeper the meditative stillness the greater the clarity. With practice the more the tranquillity the seeker maintains the larger the complexity of understanding and knowledge that spring forward. The route to living in that moment is yours to discover, be it silent prayer, meditation, exercise or perhaps a snatched contemplative moment of satisfaction with life. The stillness of the mind is beneficial in so many mental and physical ways, even if only achieved momentarily.

Our capacity for growth and understanding of ourselves and others is limitless. This faculty is real and needs to be understood, with careful endeavour, rigorous investigation and open discussion of individual experience. The root of creativity is problem solving, the inspiration to resolve life’s conundrums is the coming together of the conscious and unconscious. The fact so many great minds have come to investigate the concealed wisdom of the ancients and used it to apply to their chosen field of enterprise; is why I share and teach about my own experiences of healing, mediumship and psychic phenomena and trust that I can illicit that vital spark of inspiration in your own personal voyage of discovery