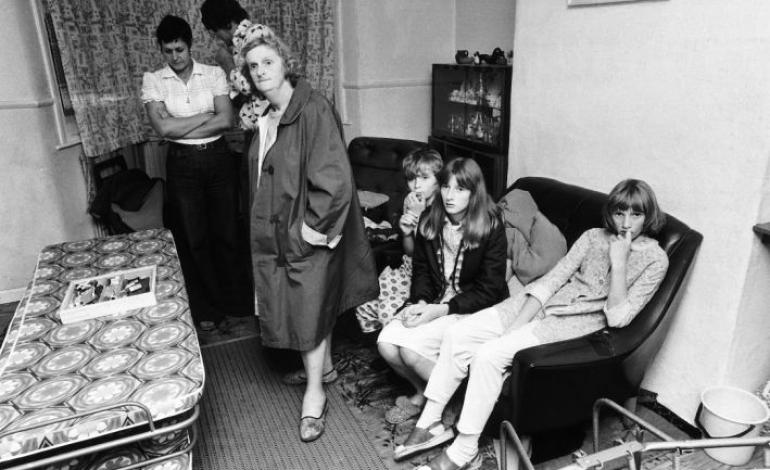 The Enfield Poltergeist case is renowned in the paranormal world, as being one of the most unusual cases documented.

The paranormal activity began In August 1977. Peggy Hodgson a single mother of four. Called the police to her house in Enfield, after seeing that an item of furniture had moved on its own.

The policewoman, who called round to the house, witnessed the paranormal activity also. After that incident the activity became more aggressive, and the family were in the middle of a media circus! During that time there was much debate about wether of not the family were making the activity up.

However when one of the daughters of the household Janet, started levitate across her bedroom, Investigators from the Society for Psychical Research intervened. It was only when the investigators stepped in, that the “Barking and whistling” noises started to happen. The noises seemed to be coming from Janet, but no one could understand why until one day the spirit communicated with them. Using Janet’s vocal box.

The spirit introduced himself as Bill and said that he had died in the house. According to one woman who was interviewed at the time. Bill had been her father who had died in the house, after suffering a brain haemorrhage. I believe that Bill was mean but not demonic. Demonic and being mean are very different from one another. Bill was crude and rude at times, swearing, He would even throw Lego at the people who came to the house.

In one interview the BBC did in 1997, Bill “speaks” through Janet who is being interviewed. Many people believed that the reason why Bill was haunting the family, because there was allot of tension and energy in the house. Janet’s parents had recently divorced another factor that might have contributed to the paranormal activity, was that the girls were going through puberty at the time. All the energy that would have been racing through the girls bodies at the time would have helped with Bills “strength” so naturally the activity would have increased within the house, because Bill was using the girl’s energy.

In The Conjuring 2 the spirit that haunts the house is demonic. Obviously they have “Overegged the pudding” so that more people go and see the film. I am not criticising the film at all. I am going to see it tomorrow in fact! However even though I am looking forward to it, it annoys me that many audience members will believe that the things they see in the film actually happened. When they did not.

Also Ed and Lorraine Warren did not investigate the Enfield case at all, despite what the film says. I actually saw an article written by one of the investigators who was involved in the case, and he also said that they were not there.