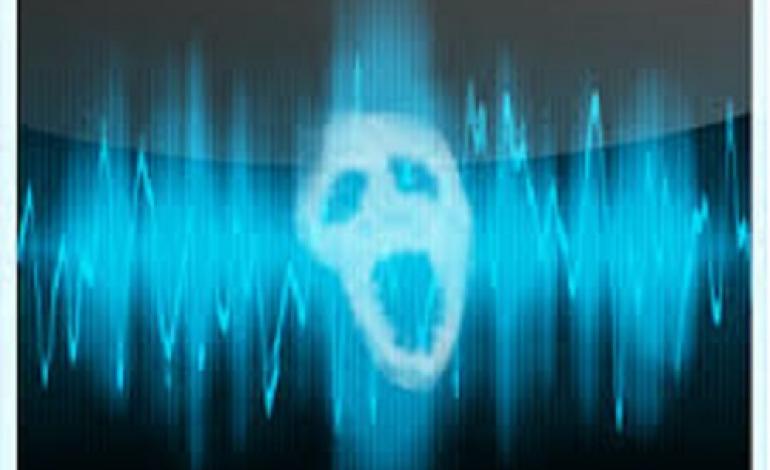 “I’ve seen her, a little girl over there by the front door” I looked over to the small coach house cottage where Stevie my producer was pointing but could see nothing. The crisp November morning could have been the reason his hand was shaking slightly however. The look in his eyes indicated otherwise. There were four of us, myself, Stevie, and executive producers Jackie and Linda out on a recce of Prehen House just north of the Derry River. The tour by Prehens owner Colin Peck hadn’t quite begun as yet which allowed Stevie and me to wander the grounds to give the director the opportunity to pre-plan exterior shots for the coming shoot in the New Year.

Stevie was a self-confessed sceptic of the paranormal but held an open mind regarding the matter of ghosts. We had no prior knowledge of the cottage which stood on the grounds adjacent to the magnificent house, but had been told upon arrival that we could use it as a base for our film crew. I had been walking the wooded glade surrounding the property while Stevie began taking photographs of potential camera angles when he called me over, a state of urgency in his voice which I assumed was the call for the tour of the house to begin. When I arrived at his side he looked pale and gently whispered “Shit, I’ve just seen a little girl out of the corner of my eye and when I turned to look she was gone.” I looked over to the cottage. “Where?” I asked. “Just there by the front door, I’m not joking, I saw her!” His nervous laughter echoed through the clearing and noticing his accelerated breath in the cold morning air, I realised he wasn’t trying to pull a joke on me.

I moved toward the cottage with Stevie slowly keeping pace behind me. When I reached the front door, Stevie either lost his nerve or genuinely remembered that he had left something in his car, either way he made his excuses and walked back toward the main drive. Smiling to myself, I opened the door to the cottage and walked inside. I was greeted by a musty smell indicating that the cottage was not used that often but the general feel and look of the cloakroom /kitchen was pleasant and welcoming. Making my way through to the lounge past the small staircase I felt nothing untoward, no cold spots, shivers or feelings of any kind. Noticing a comfy armchair I sat down, leaned back upon the cushions and closed my eyes inviting anything around me to come forward. I sat there for ten minutes nearly nodding off at one point before making my way upstairs.

The two bedrooms were separated by a surprisingly large bathroom and as I stood on the small landing deciding where to tread first I sensed something. It wasn’t awe inspiring or threatening or even that strong, just a slight impulse for me to walk toward the bedroom on the left. The floorboards creaked as I moved forward and readying the camera in my back pocket, made my way in. I took two photographs that displayed nothing but a bed and the window donned by frilly tied back curtains. Disappointed I put my camera away and switched on my hand held digital recorder to make some notes. I recall stating that the cottage felt clear and jokingly that if the crew had to stay here then my claim on the bedroom on the left was mine. Chatting into the recorder I made my way down the stairs, through the kitchen and out the front door closing it behind me. Once outside I switched the recorder off and made my way to the main house to join the others. And that was that. Or so I thought. The Recce

The recce of Prehen House was enjoyable. The owner, Colin Peck showed us all around and once again I had my digital voice recorder on throughout as he recounted the legendary story of Half Hanged McNaughton and his ghostly association with Prehen House. After an hour or so we left, deciding that although I personally couldn’t sense any ghosts within the building at all, the tale of the ghost of McNaughton, the owners experiences with footsteps and ghostly night-time visits were more than enough to make a good episode of Greatest Haunts.

The audio recordings I made that day stayed in a file and were never listened to. Our objective for this episode was Prehen House, so I felt no need to refer to the cottage recording in fact if I had stumbled across it, I would probably have deleted the file. The audio from the tour of Prehen House with Colin and the producers was never used by me for reference since our new researcher did all the historical work for me a month later. This episode rates as one of the best in the shows short history, however if only I had known what I had captured in the recordings from the recce and listened to it just once, then this episode would have been even more epic!

When we returned to film in January 2010, the cast and crew spent many hours in the cottage mainly because it had central heating, but also to prepare food for lunch breaks, tea breaks and of course to put our feet up and relax between takes. Nothing ever happened in there, nobody reported feeling anything and Stevie’s encounter was soon laughed away. Marion however, within minutes of walking inside on the first day, sensed the spirit of a child but since everyone now knew of our directors encounter, to be fair no-one paid it much attention. We did film a small séance one evening but this ended up on the cutting room floor. The cottage was not deemed important enough for inclusion in the episode. Little did I know then that this insignificant little building had provided me with the most substantial piece of evidence that sat silently, waiting to be discovered for nearly two years? The Undiscovered EVPs

The year was 2011, series two of Greatest Haunts had been shown on BBC 1 Ireland and I was preparing for the spin off pilot entitled “Britain’s Greatest Haunts”. Gathering together my ghost-hunting gadgets I began to go through the old files on the digital recorder and delete them one by one. First up was Prehen House. I sat with a coffee listening back to the recce and smiled at the memories of Colin Peck, his voice droning on though Prehens history mixed in with the sounds of our footsteps, shuffles and occasional coughs.

The main study was on the next file. There was silence as Colin allowed us to wander around gazing at the properties antiques ornaments. Everyone was silent. Out of the blue the words “Mary Anne” jumped out of the digital recorders small speaker. I paused the recording and re-played it twice ensuring that the male voice wasn’t either mine, Colin’s or Stevie’s. Still not entirely convinced I then downloaded all the files into the computer and began listening through the headphones. What I heard amazed me. I sat in shock as EVP after EVP came out, all clear and all intelligible. “Mary Anne” was followed by another male voice saying “He’s got a gun”, followed by “Get Out”, “My Woman” and “Help Me”.

All of this made sense as the story goes that Mac Naughton, invited in by the owner of the time Andrew Knox, began an affair with his daughter Mary Anne Knox which ended in a gun battle ambush where McNaughton accidently shot Mary Anne dead. Mac Naughton was tried and sentenced to hang. On the day of execution however the rope broke, but rather than take his freedom, the heartbroken killer chose the noose again and forever after became known as half hanged Mac Naughton.

The recordings we made during the episode were amazing enough, but this was shocking. For two years these had been in my possession and I kicked myself for not discovering them prior to filming there. What an episode it would have been if we had included these audio files. My heartbreak was not over yet though. The next day I downloaded the audio from the cottage. It wasn’t long, perhaps 90 seconds or so. I sat listening to myself chat away followed by my silence as I descended the staircase. My footsteps echo slightly across the kitchen and just before I reach the door the words “Listen to me” bounce from the headphones. The voice was so loud and clear I nearly jumped ten feet straight up. I listened again and again. It was the voice of a child, a small girl saying “Listen to me.”

I sat with my hand across my mouth. To date this has to be the clearest recorded EVP I have ever come across. There was no enhancement required to the audio; the voice is as it is. The disappointment was mixed with excitement. How crap is I? I felt pity. She wanted me to listen to her and I never heard her. A lesson learnt, always check you’re audio. Someday I will go back. In September 2013 I contacted Colin Peck and sent him the EVP in order to get his opinion on which this girl could have been. This was his reply;

There was a girl who was badly burnt in a cooking accident at the cottage; she subsequently died of her injuries. I think in the 1800’s. An American descendant of the family who lived there told me this. My 3 year old daughter had endless conversations with an imaginary girl there too.