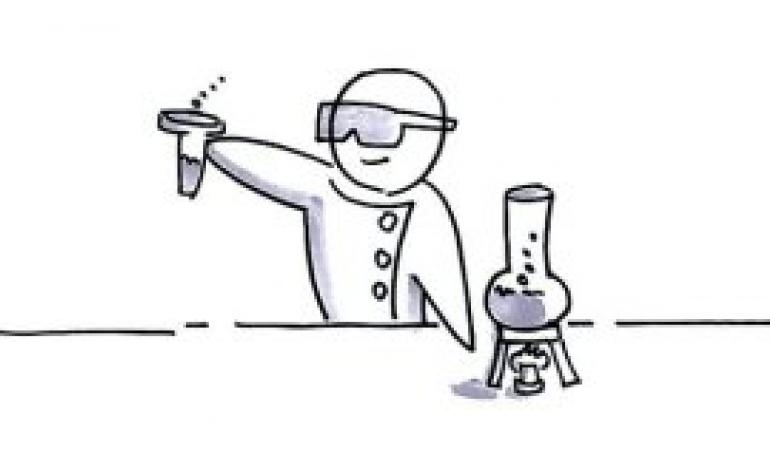 This will be a short article but it’s something that I thought about this morning as I got ready for the day, the notion lighting up in my as of yet non-caffeinated brain like fireworks.

Many times, I have been reading a paranormal blog, a website or seen a show focused on the paranormal feature investigators and “experts” talking about a given subject in the field.

When they do this, they often use the words “hypothesis”, “theory”, and “experimental”, usually waving around some technical wizardry.

When they do, they are harming the attempt to have the study of the strange recognized as a valid scientific endeavor by proper accredited scientists.

It’s a two-pronged problem: First, it is a simple misunderstanding of terminology, a misstep in language that is causing more harm than bringing any sense of legitimacy to a field that is sadly often riddled with hoaxers, crack pots and fame chasers, not to mention seasonal “hunters” who show up every Halloween or at the premiere of a new ghost hunting show. Secondly, the use of unproven, untested technology or using pre-existing technology incorrectly or for things for which it was never meant to be used for.

I often see people (and I myself have been and occasionally still am guilty of doing this) speak of the theory of ghosts, the theory of how cold spots work, the theory on electromagnetism and ghosts being related.

Here’s the rub: None of those are theories. Not even one of them would stand up at all to scientific scrutiny even at a high school level of physics. Why? Because a theory is defined thus:

“…a well-substantiated explanation of some aspect of the natural world, based on a body of facts that have been repeatedly confirmed through observation and experiment, not guesses but reliable accounts of the real world.”

Essentially, for it to be a theory it must be repeatedly testable under the scientific method and falsifiable (it can be proven false…example…. “All cars are green”. The existence of a multitude of colors proves this wrong in a concrete manner).

That’s just theory. Then you have hypothesis. A hypothesis is an explanation proposed after observing phenomenon that can be tested using the scientific method. The theory is what comes after the hypothesis and multiple tests that can be used to further research and be refined. Most scientists do not use the term hypothesis for an “educated guess”. In fact, when it comes to the paranormal, we cannot even make an educated guess as that would require working from at least a bare-bones set of facts that are not based in supposition.

Experiment is another sticky area. Essentially, a proper scientific experiment is an organized and detailed series of steps in a controlled environment with repeatable and adjustable variables that will validate or refute a given hypothesis in accordance with the scientific method.

Let’s take a moment and review the scientific method. From Appendix E: Introduction to the Scientific Method, from Rochester University:

The scientific method has four steps:

1. Observation and description of a phenomenon or group of phenomena.

2. Formulation of an hypothesis to explain the phenomena. In physics, the hypothesis often takes the form of a causal mechanism or a mathematical relation.

3. Use of the hypothesis to predict the existence of other phenomena, or to predict quantitatively the results of new observations.

4. Performance of experimental tests of the predictions by several independent experimenters and properly performed experiments.

As you can see, we in the paranormal field cannot yet apply this method to our work and we should not be using terms like “hypothesis” or theory, let alone experimental to describe what we do. We use them in the common vernacular but when we are upset that scientific circles do not take us seriously, the reason is clear as to why: we are using and throwing around words and concepts that many of do not understand or use them in such a way with an implicit understanding in the common way which is not how science works.

Science works by being exact, not fleeting or nebulous.

Essentially what we are doing is we are describing our ideas, our biases and our preconceived notions about psychic phenomenon with these words and that will not do. Not anymore. We need to move beyond that. As physicist Richard Feynman said, “Smart people (like smart lawyers) can come up with very good explanations for mistaken points of view.” John Keel once said the problem is not with what you saw, but rather how you interpreted what you saw and into which frame of reference you tried to put it. I’ll add to these already monumentally good points that it all comes down to how you describe in writing and in your communications to others your ideas.

Instead of saying “we have a theory about ghosts…” we should stop and realize that ghosts aren’t even proven to exist. We should realize that we are ascribing a name to a set of strange and wild phenomenon our notion of an afterlife or soul. We should then state instead of theory that we have a “conjecture” about this phenomenon, since a conjecture is an opinion or conclusion formed based on incomplete information and nothing more. Despite sounding derogatory, its rather refreshing to think that some of the best understood and concrete laws of nature in science started as mere conjecture.

Moving on, I’d like to tack the use of technology in the paranormal.

Specifically, things like electromagnetic field detectors, infra-red temperature guns, etc. I’ll just state it bluntly: Those devices were meant for measuring specific and well known environmental factors and are meant to be used in very specific ways and will only measure those specific factors. You cannot measure a cold spot with a non-contact infra-red laser thermometer. You must use an ambient air temperature probe (a thermocouple).

You cannot measure an electromagnetic field and say it’s a ghost or a sign of ghostly presences. Even if you ruled out conventional explanations, all you are left with is an anomaly for which there is no present explanation. Assigning to it our biases and beliefs about the afterlife does a great disservice to investigators and researchers who are trying to understand why those anomalies exist.

A splendid example of using EMF detectors is the Cell-Sensor and its many pop culture derivatives. It’s a single-axis meter, meaning it measures an electromagnetic field in a single dimension at any given time. I see investigators, especially newer teams, waving around this meter and its probe making great proclamations about the readings with every alarm and flash of the red light indicating a change in the EMF fields around them, completely forgetting it’s a single axis meter, let alone making wild claims.

As a single axis meter, you would need to take measurements at least in three dimensions with the probe, forward and back, up and down and side to side. You would then need to manually record and add up and average out the results to get a rough idea of the true measurement of that given field if you use a single axis meter (same goes for a double axis meter like the K2 and the insane notion it can communicate with the dead).

No team I’ve ever seen does this. So not only are they making wild assumptions, they are often never writing down data and putting it to use and they are not making any attempt at a conventional explanation and then after eight hours of running around in the dark, misusing more pieces of equipment for things it was never intended, they proclaim ten demons are haunting the house based on the feelings and ignorance of science and recommend an exorcist to the now thoroughly terrified home owner.

This goes double for devices like the geophone and the Frank’s Box (I hate that thing…. I really do). Devices like this are interesting but they do not do what their creators think they do. The geophone simply measures seismic activity, and in no way, can you ever state that activity was due to the soul of a dead person walking around. The Frank’s Box is even worse. It’s a modified radio that constantly scans up and down the AM band and occasionally a word or phrase will come out from a station that was locked in enough for just a few moments and people use it like a phone to the other side.

The flashlight gag is another bane of my existence. Simply put that is not a ghost but a shaky circuit trying to make a connection, nothing more.

Many groups engage with these activities and missteps and expect to be taken seriously and scoff at or get angry when a skeptic puts them in their place (for good reason). These groups do not keep data logs, they do no analysis to look for patterns, they thrill seek by and large. Even more respectable groups have fallen victim to some of these behaviors (and my team was among them in the early days).

In conclusion, for us to grow, for us to really make a headway into understanding psychic events and experiences, we need to change our behaviors away from the gimmicky, from the conjecture and start using collected data to draw a proper hypothesis. To do this, we must disregard all our previous notions and beliefs. We must start with a blank slate, objectively divorcing ourselves from all the previous conceptions of ghosts, demons, religion and angels. We must be rigorous and unyielding in our commitment to quality and detail, to the written word.

It’s not going to be easy, but I truly believe that if we can do this, we can make paranormal investigation a legitimate area of study, far removed from the hobby it is today. Are we brave enough to break with the established dogma and start a new journey where, to steal from Star Trek, no one has gone before?