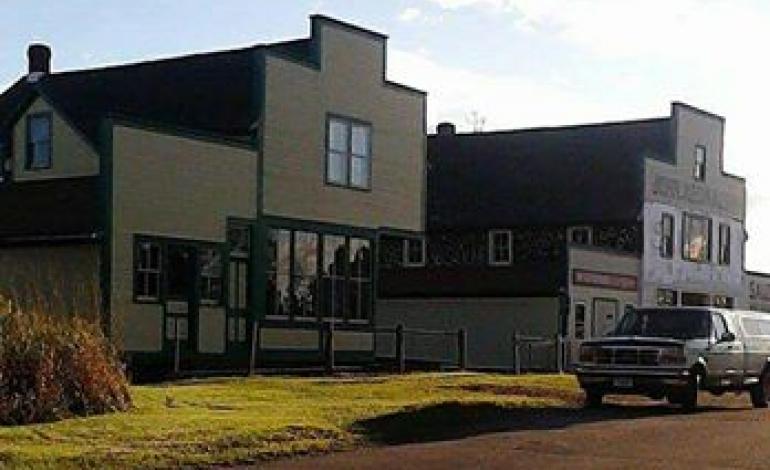 Any investigator, despite the field, knows that validating suspicions depends on the evidence that can be collected. The more evidence one collects, the more believable that scenario is. Historians, for example, will usually look for triple validation before declaring something as factual. Better safe than sorry.

In the paranormal, garnering collaborating evidence on investigations can be quite difficult to say the least. Getting triple validation with multiple devices at the same moment in time to determine paranormal activity? Priceless, as the saying goes. It’s certainly a home run & what we ultimately strive for when investigating.

Here is a prime example that we can share of triple validation garnered by the Northern Wisconsin Paranormal Society Ltd. a couple of years ago during a night investigation. We chose this example because there are three different & seperate pieces of equipment involved in real time documenting something anomalous. Both auditory & visual evidence was garnered in a controlled environment validating that something “unseen” was likely present. Here is what transpired…

We were invited to investigate the historic Stovewood Museum Building in Jennings, Wisconsin U.S.A. (a tiny town in the middle of nowhere). The plan was a few weeks afterward (after reviewing all the collected data from the investigation) we were to give a presentation to the town board (who run the museum) as to whether we found the place to be paranormally active or not.

So our team showed up one evening to investigate the old museum to see what we could come up with. It’s a good sized building with four levels, basement to attic. The building itself is literally built out of stove-wood & mortar, & today is one of the only ones like it left in the state. Add to that the unique history of the location & the building itself, the museum is filled with antiques from the Northwoods of Wisconsin’s past.

It wasn’t long into the investigation before we had just finished setting up equipment. Our Tech Manager Rick Eby went into a room which is the old tavern set up back when this building was a thriving business. It was a general store in the main part of the building, a post office to one side, & the bar-room on the other. The bar/tavern area is set up just like it was back in the day, with a long bar counter as well as a few small four seat tabels spread about the room. There is only one way in or out of the bar, & that is through a door connecting the bar to the general store. One had to go through the general store to get to the bar.

Rick went into the room & placed a motion detector on one of the tables & a vibration detector on another table. Both of these devices have loud distinct audio alarms that go off when they are detecting what they are designed for, or tripped. Then he left the room & returned to the general store part of the building where we gathered to discuss the up coming night.

It wasn’t a few minutes after Rick placed the detectors on the bar tables and returned to base that all of a sudden, as we were gearing up & discussing the evening at hand, the alarms on both of the devices (on different tables in an empty room) went off at the same time within a second of one another.

We all looked up at the same time, all wide eyed as the brain was registering what we are hearing. Rick, having his digital camera on him, bolted straight back to the bar, which was right in the next room. When he reached the threshold of the doorway, he took a step into the bar-room, stopped, & shot the standard three pictures in a row with his camera.

The first of three photos shows a large volleyball sized fuzzy reddish-orange anomaly in the room. The second shot shows the same anomaly, except it has moved a little. By the third shot, the unusual anomaly had vanished.

Rick reset the alarms. He did not notice the anomaly until he reviewed the pictures moments later. When he noticed it, he showed the rest of us right away, which included the team members present & two representatives of the Stovewood Museum who were there to monitor things. We had all just watched this whole thing unfold & were quite awestruck.

So we have 3 devices all documenting something unusual. Both the vibration meter & the motion detector, which were otherwise silent (when left alone) for the remainder of the evening, were alerted to something in the controled environment only mere seconds before these photos were taken.

As for the pictures, Rick said he has never seen his camera take photos which look like this, & he has taken thousands of pictures with it. It’s clearly not dust, moisture, or a lens flare, which are easily identifiable & have their own set of criteria. Besides, dust & lens flares don’t trigger motion & vibration detectors.

That wasn’t the only evidence collected that night, but in our opinion the most impressive because of the documentation & equipment involved, & the way the whole sequence played out. Because of Rick’s diligence & quick reaction, the team was able to document an amazing peice of triple validated evidence which is none to easy to find in this field.

We ended up giving that presentation to the museum board. They were impressed enough with our findings to allow us to give occasional paranormal tours/ghost hunts there. However, since it is a regular museum with many different focuses, they didn’t want too much attention focused just on the haunted happenings alone, so after a year & a half we ended the tours. We were grateful for the opportunity & experience, & thank them for their kindness. If one gets a chance to go to the museum (whether you are into the paranormal or just a history buff), we highly suggest you do so.

Over that year more anomalous evidence was garnered by investigators & patrons alike. But only one paranormal experience at the Stovewood garnered triple validation, the one you just read about.

In closing, the more validation of evidence a team or individual investigator can garner, the harder it becomes to write the activity off as anything else except what it is…the unknown & unexplained, & perhaps the paranormal. Peace & Blessings.

Here is the link to the Facebook like page dedicated to the NWPS investigations at The Stovewood Museum Buildings, St. Mary’s Polish Pioneer Catholic Cemetery, & The Wolfgram Cemetery in Jennings, Wisconsin.