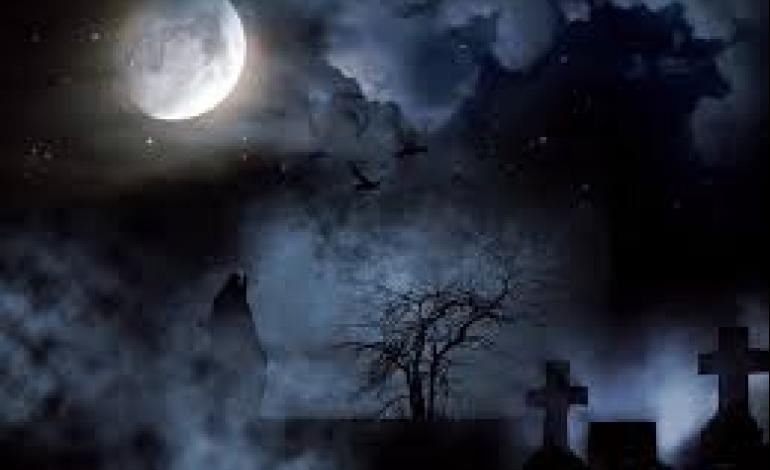 As we have already discovered, tales of blood thirsty ghouls extend to every culture of our planet going back thousands of years. However, the western model for the vampire can to trace back to two of Ireland’s greatest authors of dark gothic romanticism. Dracula was unleashed upon the world by Bram Stoker and predating Stoker by almost 3 decades, Carmilla by Sheridan Le Fanu. If you have never read, Carmilla, you are seriously missing out.

It has long been believed that Stoker’s source material was found in some dark ancient castle on the fringes of the Slavick world. Nothing could be further from the truth. Because among the stories of the Leprechaun’s gold at the end of the rainbow and the mournful wail of the Banshee can be found legends of the Undead.

It was commonly believed by the peasants of European Christendom that suicide was a sure fire way to become one of the undead. And according to Irish folklore this is how one of their deadliest blood suckers cheated the grave, the fiendish Dearg-Due.

The tale of the Dearg-Due (Red Blood Sucker) can be traced to Waterford. The beautiful daughter of the local chieftain fell madly in love with a young man that was well below her social status. When her father discovered the affair he forced her into an arranged marriage with a much older and abusive man. Naturally the girl was heartbroken.

A short time after marrying the man her father selected, the young woman, out of desperation ended her own life. When her husband discovered her body he had her buried underneath Strong bow’s tree in Waterford. But the young girl found no peace.

A few says after the burial, the young girl escaped from her grave and went about the task of exacting her vengeance on those that destroyed her young life. Having become a Dearg-Due, she drained both her father and her abusive husband of their most vital bodily fluid, blood. With her tormenters dead, she found the peace she didn’t know in life.

The Dearg-Due is not the only blood sucking monster that haunts the nights of the Emerald Isle; there is also the legend of Abhartach. Abhartach was an evil tyrant who in life delighted in terrorizing his subjects. When he died, Abhartach became a Neamh-Mairbh (undead) and not only furthered his abuse of his subjects but also drained them of their blood. A tyrant through and through.

When Abhartach’s grave was opened his terrorized subjects went about the task of ensuring the wicked tyrant would not further feast upon their children. A sword was fashioned from Yew wood and was driven through his blackened heart. And to make doubly sure that he would not a Rise from the grave, his subjects buried him upside down. The undead tyrants rule had come to an end.

So what are we to assume about the stories of undead blood thirsty fiends that haunts the nights of the many cultures around the world? Maybe stories of a common ancestry of all mankind are not as farfetched as some may think. Or are vampires real and truly need bloat themselves on the precious vitae of humans? I do not know but what I will say is this, fear the night.