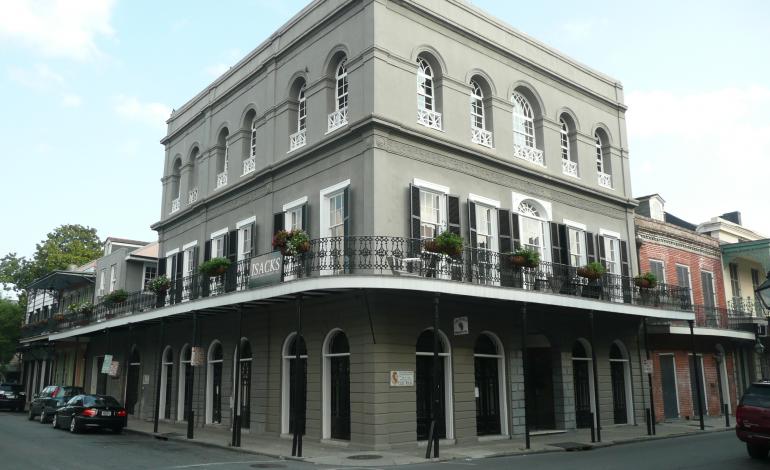 We live in a society that is absolutely obsessed with fame and fortune. A day doesn’t go by without our senses being assaulted with stories of what famous person is sleeping with whom. Or how a famous rapper suddenly suffered a nervous breakdown. It really is kind of ridiculous how these stories become front page news, but they do and the public just eats it up.

When I sit back and consider all these stories, I think that I could absolutely care less about such nonsense. However, over the years, a number of celebrities have come forth and told tales of their encounters with the Supernatural. And they have been reluctant to speak of their encounters for fear that their fans would think of them as crazy. Now these are the stories I want to hear and these stories you are about to read is just a small sample of them.

Actor, and star of the films, Con Air and National Treasure, Nicholas Cage, purchased one of the most notoriously haunted homes in the United States. Cage bought the infamous Lalaurie house in New Orleans’ French Quarter and never stepped foot in the building.

In the, 1830s, Madame Delphine Lalaurie, was a well-known socialite who threw lavish parties for the elite of New Orleans’ society. What they didn’t know was that under her beautiful smile, well-crafted manners and hospitality beat the heart of a vicious sadistic monster. A monster that many consider to be America’s first female serial killer.

One night, as Delphine entertained her guests a fire broke out in the kitchen. The flames quickly engulfed the house as Lalaurie’s guests gasped in terror. After the fire brigade successfully extinguished the fire they inspected the house to determine what caused the fire that destroyed the lovely mansion.

The firemen went from room to room looking for any poor soul that may have been caught in the fire. When they came to the attic the discovered a gruesome scene. They discovered slaves in dog cages, as well chained to the wall. As the firefighters took a closer look they found the body parts of several slaves strewn around the attic and it was apparent that Lalaurie was conducting bizarre medical experiments on her slaves that left many dead. When authorities attempted to arrest Delphine Lalaurie, she disappeared and died in Paris never getting the justice she deserved.

When Cage, bought the house he was well aware of nightmarish history of the house and the ghost stories that surrounded it. But, the actor didn’t care; Cage had an interest in the occult and ghosts. The subject thoroughly fascinated him and he actively sought out such things. What exactly led Nicholas Cage to his interest in the strange? It all started with an overnight stay in his uncle’s attic.

When Cage was a struggling young actor he found himself homeless. When his uncle, Director and producer, Francis Ford Coppola, invited him to stay in his attic until the young actor could get on his feet. Destitute, Cage was all too willing to accept the offer.

One night, shortly after falling asleep, Cage was awakened by a dark figure standing in the door. As he attempted to communicate with whoever this was, the formerly hot attic became icy cold. Not knowing what else to do, Cage threw his pillow at the figure and it vanished. To this day when Cage tells the story chills run down his spine.

New forms of music have always caused controversy. When I was a teenager back in 1980s, metal was king. I can still hear my mom pounding on my door demanding I turn down my “devil music.” But if you’re looking for true satanically inspired music you won’t find it in the Glam of Motley Crew now will you find it in the lyrics of a Slayer album. You will however, find it in the most unlikely of musical genres, the blues and the music of Robert Johnson, father of the Delta Blues.

When Johnson began his career as a Blues musician all who heard him agreed on one thing, this gangly kid from Mississippi was just plain awful. And although it wasn’t uncommon for Johnson to get booed off stage, he remained undeterred; he would be the greatest blues musician of all time. So, Johnson came up with a solution to his apparent problem. Rather than practice hard like his contemporaries, Johnson would do the next best thing; sell his soul to the Prince of Darkness.

According to legend, Johnson went to the crossroads near the old Dockery plantation near his hometown in Mississippi. It was believed by many that Satan himself frequently visited the crossroads in search of souls to drag into hell. If there was any truth to these superstitions, Johnson would patiently for the Prince of darkness to make his appearance.

Sadly, Robert Johnson, greatest of the Delta Blues musicians died when a jealous husband spiked his whisky with enough strychnine to kill a man three times Johnson’s size. His murder happened two years to the day when he made his deal with the man in black. The devil always gets his due.