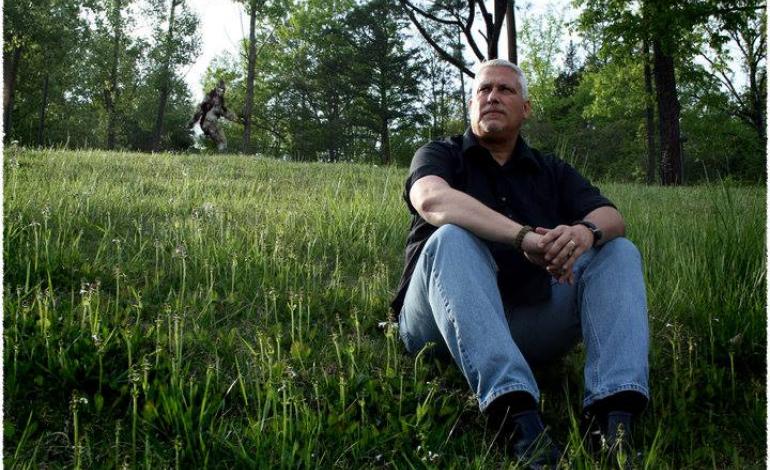 For most who join the paranormal realm, it starts with a dark or mysterious personal experience that grabs us from the ‘other side’ and pulls us half way in; we are yearning to learn more and explain ‘why’. We somehow find others like us, our experiences come up in constant conversation and we’re summoned to be a part of this ‘paranormal community’. For those who live a more ‘normal’ life, for lack of a better word, might not always understand why we’re always eyebrows arched at noises in the night but we are. One stereotype I often hate fighting for those more normal folk is the explanation of what falls into the ‘paranormal realm’ and how we’re not like those personalities on television. Just because we do research on paranormal phenomenon does not mean we’re ignorant or unprofessional and believing everything to be a demon. Instead, it is a demographic of people just like you, me, the readers of this very article. Professionals in their field, family members, friends, clergy, cheese eating people. We are credible individuals trying to explain that which goes bump in the night.

While some turn to the paranormal explanation usually encompassing a spirit or haunting, others look to the sky for more alien explanations (ufologist) and others look skeptically to that which might not yet be classified (cryptozoology). That’s right, this paranormal cryptozoologist is a former army and is also a loving father, a professional man with a tall demeanor and he believes in Bigfoot. I’m talking about noted researcher and author, Joedy Cook. Recently I interviewed Joedy on some of the more interesting concepts of Cryptozoology and why it so often is considered to be found lurking in the ‘paranormal’ forums.

“I have always thought Cryptozoology was a big part of the paranormal realm; even though Cryptozoology isn’t a recognized branch of zoology or a discipline of science, its pseudoscience. Both the paranormal and Cryptozoology rely heavily upon anecdotal evidence,” Joedy says, “it’s not the study of something normal and just because you see a creature and others do not, doesn’t mean it’s not real.” Joedy illustrates one of the most important binding connections of concepts like Bigfoot to those of us who also study hauntings, demonology or other more mysterious creatures; the exploration of an experience. I then asked Joedy, “Of all the amazing creatures you’ve hunted, what holds the most fascination?” Being a man often featured on Monsterquest, his searched have taken him around the world and his answer was quick: The Dogman.

“I think Dogman will be the next big cryptid you hear about in years to come. Just in the past few years the Dogman or werewolf sightings have increased up to 60%; mostly in the north eastern parts of the United States. This is not only a cryptid that I find fascinating but truly fear.” Joedy seemed to shiver when mentioning the true tale accounts of this creature and in part, that is what also makes the paranormal realm so scary at times, when the nightmares become real. When the story jumps from the pages and grabs you out of bed in the night your air of mystery becomes fright. Just like the unknown shadow figures that step into the light, facing a real Dogman in the woods would be a scary transition from cryptid to realization! Usually, the encounter of something unknown, even alone in the night, triggers the adrenaline response and most all of us become victim to our central nervous system. Our claims become tall tales, the red eyes glow a bit brighter in our memory because we experience the encounter with a filter of fear response. Joedy, on the other hand, is a trained military veteran with decades of very real war encounters; not much scares a man of his stature.

“Twenty years in the military and being a combat veteran of Iraq, I believe my training helps me greatly in the field of cryptozoology.” Joedy explained some of his real life encounters that are far more frightening than some of my shadow person run-ins. “It gives me an advantage,” Joedy explains, “My training lets me be more aware of my surroundings; I have that edge.” He describes his ears perking to sounds outside the normal, even if it’s raining in the middle of your hundred acre expansion. “I know what is not normal.” His voice stood stern. Even his books, ‘Traces of the Grassman’, ‘Beginners Guide to Bigfoot Research’, and ‘Legend of the Grassman’ entirely recount his own experience coming face to face with the cryptid we all know as, Bigfoot. He recoils in memory and takes a deep breath in. I break his concentration to a more trivial matter, Hollywood and how it changes what we think of Cryptozoology. With television shows ranging from dramas of vampire teens to reality shows of plumbers and fraternity boys hunting ghosts, we’ve seen the paranormal field change in a level of professionalism. I could feel Joedy smiling and nodding as he jumped in, “Sadly, yes. Television shows make a mockery out of what we do and makes the field a joke. As long as people watch that crap, we’ll never get the true recognition we need to have the science to take a real true look at what we do!”

I could hear the disappointment in his voice. Perhaps that is why he has tried to counter the reality shows with appearing on Monsterquest and even local news broadcasts to help inform and educate rather than strictly entertain. Joedy has always been that type of man. A quiet but passionate man that is mounting with experience but has too much respect to overshare his encounters with the unknown. Buried behind his bones and books at the local metaphysical fair or national paranormal convention you’ll find Joedy Cook excited to teach and lecture on Cryptozoology. “The first step is to have an open mind. You must be skeptical in this field! Not every broken branch or strange impression found on the ground was made by Bigfoot. I’ve seen other researchers in the field find things that can be explained but swear and viciously hold onto the belief that Bigfoot made it.” As a paranormal researcher I can empathize. So often I work with individuals who are haunted at night by strange noises that for months they believe belongs to a dark entity or demon. However, after some valid investigation the explanation lies in a loose shingle on the outside of the home blowing in the wind. “You must think like a lawyer, and if there was a Bigfoot court one must persuade in favor of your research, you’d want to make sure your evidence was valid. If I think yes, this could go to Bigfoot court, I run with it.” Joedy elaborates on how important professionalism and safety are sadly under stressed in cryptozoology, much like in the paranormal realm as well.

We end our interview with some friendly personal chatter and my request he join me again on The Skeleton Key Radio to talk Conspiracy Theories; another one of Joedy Cook’s specialty lectures. He laughs, “Bigfoot is the biggest conspiracy. There is more circumstantial evidence of the existence of Bigfoot than there are used against convicted people in prison. Bigfoot is in every culture around the world! What is the conflict with science classifying Bigfoot as something other than a cryptid? Think about it.” I smile and end the conversation with more questions than I have answers, pretty typical of a Joedy Cook conversation, and laugh. I’m ever excited to go fetch one of his recent books and see just what Joedy Cook isn’t’ telling us.