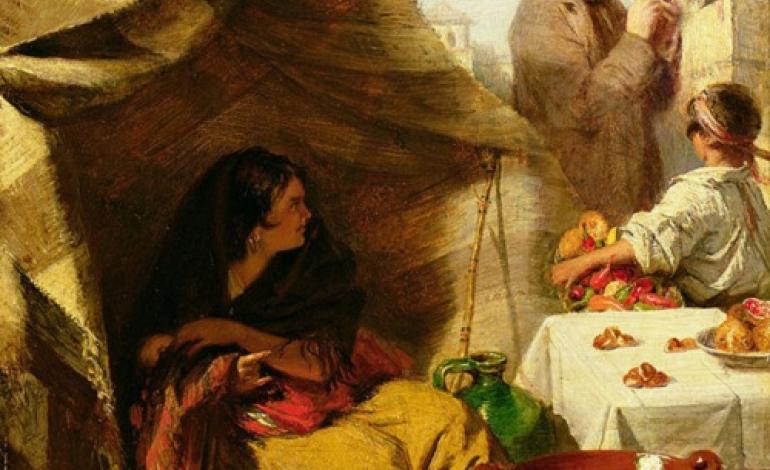 With the benefit of hindsight, it’s become clear that I’ve studied Psychology all my life. I didn’t realise it at the time, I wasn’t even aware it had a name, and I certainly couldn’t have known it was my vocation - but my long and convoluted journey towards the experimental laboratory makes more sense in retrospect than it did whilst in transit.

I was that child. The one with all the questions you didn’t want to stand next to in a queue - not just to avoid being interrogated by an overfriendly toddler, but because you wouldn’t know the answers anyway. As a half-pint master of the unfathomable, I understood enough to know that the tall people knew more than me, but I couldn’t quite grasp that there were things even they were unable to explain. My conclusion? They were keeping secrets from me that perhaps later they’d share. So I waited. And waited.

Eventually I accepted there was no conspiracy to keep me from the truth, and that there are things even grown-ups do not yet understand themselves. That was both the best and worst of days as it became clear my childhood world of wide-eyed wonder need not end, but neither would the curse of my curiosity. I did well enough at school to try my hand at various careers, all respectable and exciting in their own way - but all requiring me to shut my perpetually open mind to progress as they required solutions, not problems. Yet the problems were the challenge, and the challenge was the beacon that led me back to university after all my friends had left.

Nothing fascinated me more than human potential, and so which course to study was obvious. Whilst undertaking my Psychology Bachelor’s degree I kept myself busy making sure things happened that were best not left to chance. I’m often referred to as ‘lucky’ to have met the people I did during my time as an undergraduate and to have gained experience so quickly, but the simple truth is I involved myself with whoever I could, whenever I could. Internships, scholarships, research assistant roles – if it went on the notice board I’d applied before the ink was dry. The effort and enthusiasm paid off and I was not only offered the chance to study for my PhD under the supervision of a Psychologist whose fascinating and extensive catalogue of publications suited my research interests perfectly, but he had already shown me unprecedented support and encouragement.

Deciding on a thesis subject was in itself a deceptively sizable task though. A PhD by definition must be an original contribution to science – or in other words, your research cannot seek to answer questions already answered. That in itself is not a problem… in fact it’s exactly what I’d been patiently waiting to attempt. However I then had to face the fact that no matter how much a phenomenon may interest me or be of scientific value, I also need it to have real-world applications and the potential to make an important and practical difference. Herein the issue lies - surely such worthy and necessary subjects have already been thoroughly investigated, therefore exhausting the options that meet such strict criteria? The eventual eureka moment came at last, courtesy of a marriage between the most current of current affairs, and what some of us experience on daily basis.

Many people have turned to see someone behind them due to a ‘sense’ they were being watched. Others have ‘inexplicably’ become aware of a conversation involving them, despite it being inaudible. This is often depicted in various novels and movies, but these occurrences do not only take place in fictional settings and are often reported in everyday life. Furthermore, this ability does not seem to be rare in frequency, or restricted to just a few individuals. Both European and North American surveys have revealed that between 70% and 97% of the individuals questioned stated they had personally experienced such instances (Braud, Shafer, & Andrews, 1990; Sheldrake, 1994; Cottrell, Winer, & Smith, 1996). Indeed so commonplace are these experiences that they have given rise to familiar sayings such as ‘they have eyes in the back of their head’, or ‘my ears were burning’. Theoretical explanations put forward by those who believe it may be possible to somehow detect attention through psychical means include the popular idea that such extrasensory awareness was evolutionarily advantageous, and therefore may have developed during an era in which danger was ever-present with survival depending on such capabilities.

Considering the current and seemingly ever increasing pervasiveness of surveillance, be it covert or otherwise, the forensic applications of its unconventional detection seem obvious - yet are under researched. However that is not to say they are unresearched by scientists such as biochemist and cell biologist Dr Rupert Sheldrake who taught at Cambridge University and coined the term scopaesthesia (2003) to refer to the phenomenon in which people respond via non-conventional means to being the subject of another person’s gaze. He also found through an extensive series of interviews that the sense of being stared at is not unfamiliar among surveillance personnel, police officers, and soldiers. Indeed not only did army snipers also report that they were certain people could sense being observed, but that this occurs even over a substantial distance by the target when they were being viewed through telescopic sights.

On virtually any other subject, anecdotal testimony from such highly trained and trusted professionals would be considered reliable evidence; however the idea of sensing another person’s attention is met by some with a scepticism that only the most robust experimental results could challenge. For this reason, such a study will form the basis of my PhD thesis, and this new research being conducted at the University of Greenwich will not only examine the possible existence of this so-called ‘psychic’ detection – but also which psychosocial and neurological factors may predict this ability. This same investigation will further the existing body of related work by incorporating the sense of being heard as well as seen, which we call acoustasthesia. The existence of these abilities will be gauged by the participants’ reports of being watched or listened to, differences in their behaviour during periods of surveillance, and physiological reactions measured by equipment similar to that used in lie detectors tests.

The planned unique fusion of parapsychological, forensic, anomalistic, neuroscientific, and psychosocial factors represents an essential and progressive step in understanding possible extrasensory ability, and which psychological variances may predict individuals’ capabilities to access such phenomena. In this monthly column I will be revealing the research on extrasensory surveillance detection so far, unravelling what it may tell us, exploring possible real-world applications, and explaining how I will conduct my own original experiments as I embark on my pursuit of answers to questions never before asked.

Sheldrake, R. (2003). The sense of being stared at and other aspects of the extended mind. New York, NY: Crown Publishers.