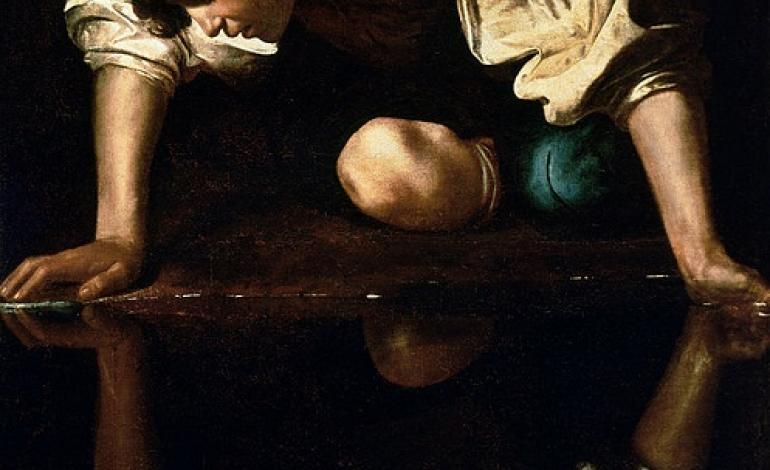 In my last column I wrote about the childhood events and life choices that led me towards psychology, and more specifically, the experimental laboratory in a bid to satisfy a curiosity that I have yet to grow out of. Throughout my undergraduate study, my academic life mirrored my everyday interests as it was always the greatest mysteries and challenges which attracted my endless fascination.

Due to the research experience I gained through my extracurricular dedication to psychology via internships and scholarships, my degree results, and my early publications - I was rewarded with the opportunity to tackle a PhD under the guidance of an exceptionally open-minded, innovative and inspiring supervisor. Such chances are not to be missed, and my original and unique proposal to research a topic of exceptional human experience which could also not be more relevant to current real-world security concerns was successful. Following months of planning, I am about to embark on the initial experimentation which aims to shed light on a subject of controversy that has been debated for over a century. Whilst the research will investigate many related areas, one of the foremost topics is scopaesthesia (Sheldrake, 2003) which is often described simply as ‘the sense of being stared at’.

In an era during which satellite surveillance, closed-circuit television (CCTV) security, and the hacking of webcams are ever more pervasive, scopaesthesia may be more relevant than ever before. However, its study can be traced back to 1898, when psychologist Edward B. Titchener discovered that some of his students believed that they could sense being stared at. Despite acknowledging this sensation, he rejected the notion of telepathy and his subsequent laboratory experiments conducted with participants who insisted they could sense the gaze of others yielded ‘invariably’ negative results. Similarly, John E. Coover (1913) found participants in his own experiments to be correct in whether they were being stared at just 50.2 percent of the time, which he suggested was an ‘astonishing approximation’ of pure chance.

However, a later experiment using CCTV to watch the participants, rather than the direct staring methodology previously employed suggested a 74 percent success rate (Williams, 1983), and there has been an increase in studies focusing on this form of extrasensory detection ever since. Despite the apparently successful introduction of surveillance by electronic means to the various tests being conducted, for practical reasons much of this research reverted back to the direct staring method. This design involves people working in pairs, alternating between the role of the participant and the ‘starer’, with the latter randomly either looking intently at the back of the participants’ head, or elsewhere. Studies of this kind are inexpensive and simple to perform, and so trials have taken place with participants of all ages resulting in tens of thousands of trials (Sheldrake, 2003). Many have been carried out in schools, colleges and universities, whilst such research has also featured in New Scientist magazine, on the Discovery Channel and on BBC television.

Across this huge amount of studies, the results are often positive, with approximately 55 percent of the ‘guesses’ correct – this is significant statistically when taken across so many tests. Interestingly, it seems that if participants take part repeatedly and receive feedback following each trial, their scores improve dramatically with practice (Colwell, Schröder, & Sladen, 2000). Indeed this method of research resulted in an accuracy rate of 90 percent when eight to nine year-old children were tested in a German school (Sheldrake, 1998).

These experimental results appear to be replicable, with 20 out of 21 of Sheldrake’s (2005) studies showing positive outcomes, however some researchers have challenged the idea that people can sense being stared at. Indeed Sheldrake’s experiments have been criticised for failing to use truly randomised patterns (Marks & Colwell, 2000), with his claims also branded unfalsifiable (Shermer, 2005). And in stark contrast to Sheldrake’s positive results, a psychology student project at the University of Amsterdam found that in one out of three experiments they conducted, the results were at chance levels; whilst the participants scored more positively than negatively in the other two, they were not statistically significant (Lobach & Bierman, 2004).

With the validity of scopaesthesia in debate, perhaps studies carried out by sceptics may provide less ambiguous answers, however their research has also yielded statistically significant positive results, as well as responses at chance levels (Sheldrake, 2001). The largest project ever dedicated to the subject began in 1995 at the NeMo Science Centre. By 2002, more than 18,700 participant pairs had taken part, with hugely significantly positive results; however these tests were not supervised, thus bringing the legitimacy of the results into question (Sheldrake, 2003) as they relied on individuals’ honesty and whether the results were gained via deliberate or accidental methodological flaws.

Looking at the data available in combination, there is little doubt that the majority of these staring tests give positive scores. And closer analysis reveals a distinctive pattern of data that repeatedly shows up in these results. It seems that the typical success rates in staring trials are usually above chance, but are often at chance levels in the non-staring trials. It is worth noting that success in staring trials is not dependent on a gifted minority of particularly sensitive participants, but in fact represents a more general tendency for participants’ accuracy to improve when they are the object of another person’s gaze, as opposed to when they are not.

This same pattern of success only in staring trials has also appeared in more recent studies (Colwell et al, 2000) when the participants were separated by a one-way mirror, as well as in a replication (Radin, 2004). This could be argued to suggest that accurate detection is only possible when the participant is the focus of a person’s stare, therefore explaining the positive results under this condition. In contrast, when nobody is looking, the ability is redundant and the participant is effectively being instructed to detect the absence of a stare. This would be a completely unnatural scenario if there is any truth to the theory that

scopaesthesia is evolutionary, and was developed to warn of danger.

Further evidence that a person’s ability to detect whether they are being stared at may be engaged only when necessity calls may be found in surveys carried out in Britain, Sweden and the United States (Sheldrake, 2003), which demonstrated that 81 percent of women as opposed to just 74 percent of men reported that they had ‘felt’ another person’s attention. It may seem stereotypical and a logical leap to suggest that this could be because of amorous and admiring ‘glances’ from the opposite gender - but consider that the same surveys also revealed that this experience usually occurred in public places and in the presence of strangers, and the idea that detection is accessed when necessary becomes more intriguing.

More recently, a recreation of Williams’ 1983 CCTV study was attempted, but using electodermal activity equipment which monitors participants’ physiological reactions to being stared at as in indicator of detection, but a clear cut effect was not found (Müller, Schmidt, & Walach, 2009). So in reviewing the literature, evidence to support either side of the argument seems to be plentiful, leading Lobach & Bierman (2004) to conclude that ‘the staring paradigm is not the easily replicable paradigm that it is claimed to be’, and there has been little evidence since to settle the argument. For this reason, one of the many questions my proposed study aims to answer is whether it is possible for an individual to be aware that they are being observed via extrasensory means? In addition, I will be investigating which, if any psychosocial and neurological factors may predict this ability. How I eventually chose which measures to include in the upcoming experiments will be discussed in a future column.

Sheldrake, R. (2001). Experiments on the sense of being stared at: The elimination of possible artifacts. Journal of the Society for Psychical Research, 65, 122-137.

Sheldrake, R. (2003). The sense of being stared at, and other aspects of the extended mind

Shermer, M. (2005). Rupert’s resonance: The theory of “morphic resonance” posits that people have a sense of when they are being stared at. What does the research show? Scientific American, 293(5), 38.