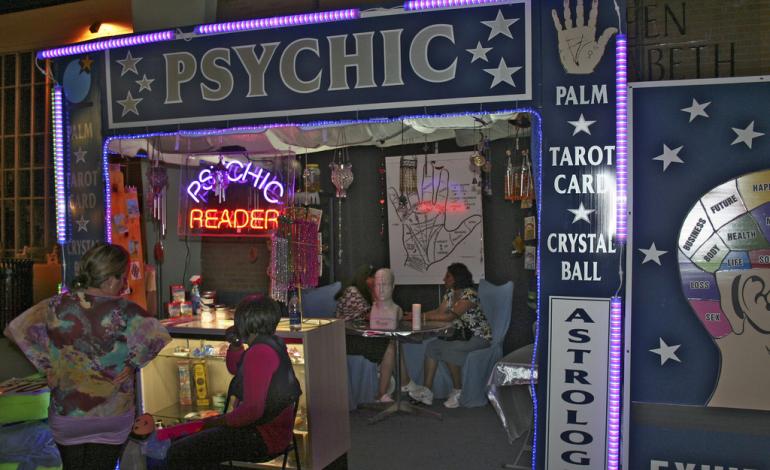 Have you ever wondered whether you may have psychic tendencies? You don’t need to have psychics or mediums in your family tree to be a psychic. Traumatic or significant events can cause clairvoyant abilities to awaken. If you find yourself extra sensitive to supernatural instances or you have experienced too many deja vu moments, it’s possible you could be a psychic.

Psychic mediums are extra sensitive to the world around them. They can sense the feelings of the people they meet and some psychics even have telepathic gifts.

The skills and gifts of each psychic differ. Depending on the psychic you meet, they might be able to foresee the future, communicate with spirits and/or some psychics can heal injuries.

It’s a common mistaken but some people believe you can only be a psychic if you have inherited the abilities from your family, however your gifts can be awakened by witnessing: the death of a loved one, the birth of a child or a near death experience.

Some psychics awaken their abilities later in life and they can find it quite daunting at first to suddenly start experiencing new and unique abilities they’ve never had before. However, psychics have special powers that lets them experience the world differently and it means they have the ability to help others.

If you believe you have experienced psychic tendencies, try answering these questions to find out if you are indeed a psychic:

Can you usually tell when someone is lying?

Sometimes it’s obvious when someone is telling a lie but some people just have a professional poker face. Has there been many occasions where you can tell you’re dealing with a liar? No matter what they say or the seriousness in their face, you know it’s not the truth.

Psychics are extremely sensitive to people’s emotions and can tell when someone is lying, they can sense the deception.

Would you say you have an extraordinarily high level of intuition?

Are you able to predict an event is going to happen before it happens? Foreseeing a person is going to suffer an accident or your friend is going to hear some good news in the future are just a couple of examples of intuition.

Some psychics can predict the future. They can sense something is about to take place or even have visions. This special ability has been used by many clients who want to know more about their future then they can make life-changing decisions and have the confidence to move forward or change direction.

Can you tell how an animal is feeling?

Have you been able to sense the feelings of a pet or an animal you’ve met walking down the street?

Psychics are able to sense the feelings of animals, just like sensing the emotions of people. By simply walking past a cat or stroking a dog, some psychics can tell what an animal is feeling. Some psychics can even communicate telepathically with nearby animals.

Do you have healing abilities?

Have you ever had experience healing a person or even reducing the pain of your own injuries?

Throughout history, psychics have been known to have the ability to channel their healing energy to help people who are unwell or injured. Spiritual healing can help you recover from trauma and regain a positive balance in your health.

Would you say you have telepathic powers?

You may also be able to hear the internal voices of people nearby. This can be useful when you’re trying to determine if someone is lying to you or you want to find out what is troubling someone. If you have telepathic tendencies or abilities, it’s possible you’re a psychic.

Are you very sensitive to the feelings of people around you?

Have you been able to tell what someone is feeling without asking them? Psychics naturally have extrasensory abilities and they can feel the emotions of people around them. These clairvoyant gifts help them to sense what people are feeling.

There are pros and cons to this ability. When someone is feeling happy, this positive emotion can naturally make you feel happier too. However, if you come across someone who is angry or sad, you can immediately feel very negative and withdrawn.

Have you been able to converse with spirits?

Are there times when you’ve been able to communicate with a loved one who passed away or perhaps you’ve seen a spirit?

Psychic mediums can communicate with the spirits of people who have died. They are powerful psychics who have been able to help console people suffering after the loss of a loved one. They can give people the chance to say goodbye to someone they love or even send messages from the spirit to their loved ones. Many people contact psychics because this unique ability helps them find peace and move on with their lives.

Some mediums require a personal possession of the spirit they want to communicate with, especially if they’re trying to contact someone they don’t personally know.

Are you drawn to paranormal locations?

As psychics are naturally drawn to the supernatural, they often find themselves pulled toward anything paranormal, such as locations or objects.

Houses that are known to be haunted, old cemeteries and other historical locations can draw psychics toward them. You may feel the presence of spirits who live there or even communicate with them. Psychic mediums who have been hired to assist in criminal investigations are often drawn to locations where people have been attacked or murdered.

Do you have dreams that come true?

Just like having visions, some psychics have dreams that can reveal or predict what’s going to happen in the future. Are there numerous occasions where you feel like you’ve had a deja vu moment? It’s possible you’ve had a dream about it.

As you’ve gone through these questions, have you found yourself saying ‘yes’ to many of them? You could have psychic tendencies.Try talking to a psychic to find out if you could be a psychic too or learn more about these gifts.