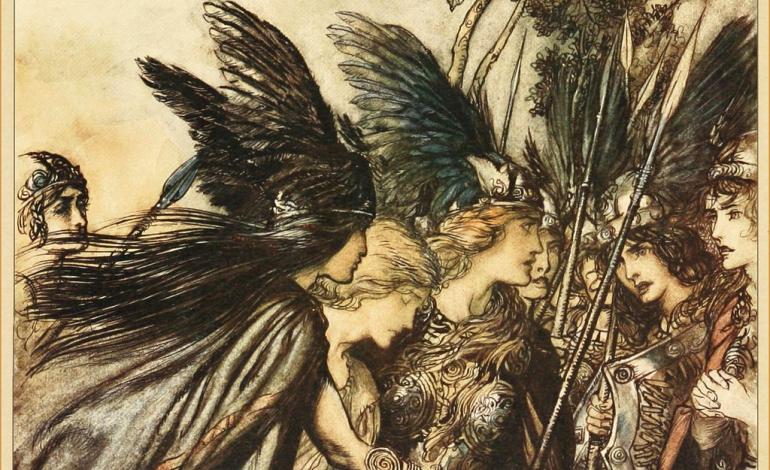 Many of us are likely familiar with the phrase ‘faeries at the bottom of the garden.’ It is something that we might tell our children, encouraging them to go looking for the little-folk to keep them busy on a summer afternoon, while we bask in the sunshine. The notion might also conjure up thoughts of the infamous Cottingley photographs taken in the ‘beck’ at the bottom of a Yorkshire garden by two young girls, which were first popularised in Strand Magazine by Arthur Conan Doyle one hundred years ago (Cooper, 1997). Regardless of the veracity of the images (i.e. whether they captured real faeries or not), the Cottingley photographs nevertheless represent a continuation of a long-standing popular belief that faeries are associated with gardens and wild places. A seventeenth century manuscript housed in the Bodleian Library in Oxford, for example, contains a short treatise on the nature of faeries. The treatise gives mention to the places where fairies are said to live (and warns against trespassing into their domain):

“…they say they can enrich a man whom they effect [and] have power to hurt [and] kill whosoever [displeases] them, for which they came into any place w[h]ere they thought fairies use[d] to be, as gardens, meadows, w[h]ere green rings of [grass] were…which they call the fairie bord…” (Harms, 2018, p. 196).

During the nineteenth century the association between faeries and gardens was expanded upon by Spiritualists who were keen to encourage faerie presences in their own gardens. The humble garden gnome, for instance, was originally intended as a means to attract the little people back into the rapidly expanding number sub-urban gardens in Britain. Sir Charles Isham (1819-1903), a landscape gardener and member of the British National Association of Spiritualists, is widely credited with introducing garden gnomes to the United Kingdom after creating an epic display of busily mining gnomes in his garden at Lamport Hall in Northamptonshire in 1847 (Way, 2009, p. 11).

The association of the little-folk with gardens also continues into more recent times. In the 1960s a group who claimed to be in communication with supernatural beings variously conceived as God, devas, faeries and elemental spirits established a garden at Findhorn on the eastern coast of Scotland. Led by Eileen Caddy (1917-2006), Peter Caddy (1917-1994) and Dorothy Maclean (1920-2020), the Findhorn garden developed into a highly productive plot with vast quantities of fruit and (often oversized) vegetables, all in spite of being situated on relatively poor growing land. The success of the Findhorn garden was attributed to guidance from the devas and elementals - who each had their own roles and functions in the garden:

While the devas may be considered the “architects” of plant forms, the nature spirits or elementals, such as gnomes and fairies, may be seen as the “craftsmen,” using the blueprint and energy channelled to them by the devas to build up the plant form (The Findhorn Foundation, 1975, pp. 58-59)

By working with the elementals, the Findhorn gardeners claimed that they were operating according to natural principles, which in turn led to an abundant and diverse garden. More recently still, transpersonal anthropologist Dennis Gaffin has also noted a link between natural settings and real-life experiences with the faerie folk. He explains:

The locale of past and present fairy experience, in sightings or sensing fairy presence, is almost always in quiet, natural environments, away from the noise and the construction of populated areas (Gaffin, 2012, p. 70).

This suggestion is also supported by data from the wonderful resource that is the Fairy Census, 2014-2017 (Young, 2018a). The census collects together 500 contemporary self-submitted accounts of encounters with faeries - of these encounters 97 explicitly took place ‘in the garden,’ and 94 occurred ‘in woodland’ settings, further suggesting a strong correlation between faerie encounters and natural locales. Simon Young makes the interesting observation that that:

All of this becomes increasingly interesting in light of recent research in the field of plant intelligence. The work of Monica Gagliano in particular - which focusses on plant communication and learning - seems to suggest that plants possess consciousness and intelligence to a degree that science has hitherto only ascribed to higher animals. What makes Gagliano’s work all the more intriguing is her own personal encounters with the intelligence of plants through visions quests known as ‘dietas,’ which have guided her scientific research. The combination of experimental scientific research into plant learning, memory and communication and Gagliano’s encounters with plant spirits - as described in her book Thus Spoke the Plant (2018) - give strong reason for re-thinking our relationship with the living world around us.

A longitudinal study published in the journal Nature (Humphreys et al, 2019) has revealed that we have been losing somewhere in the region of three species of seed-bearing plants every year since 1900. Not only is this a frightening statistic given that plants are the primary producers on our planet - providing all living organisms (including ourselves) with access to the energy of the sun - but it is also a major threat to the variety of forms of non-human intelligence represented by different plant species. Indeed, in the introduction to my recently edited anthology Greening the Paranormal (2019), I made the suggestion that the biodiversity crisis our planet is currently undergoing (fuelled by the destructive behaviour of human beings) is also a psycho-diversity crisis.

One of the broader themes explored in Greening the Paranormal is the role that a re-engagement with non-human intelligence - in the form of plants, animals, faeries, spirits and so on - might have in renewing our sense of connection to the natural world and in practically helping to promote biodiversity. Perhaps by re-enchanting our view of the natural world, re-connecting with the varieties of non-human intelligence that surround us, and leaving wild and green spaces for faeries at the bottom of the garden we can contribute to halting the dramatic loss of biodiversity (and psychodiversity) that is currently blighting our planet.

For those who would like to explore these connections in more detail, please see the book Greening the Paranormal, and the articles ‘Gothic Psychology, the Ecological Unconscious and the Re-Enchantment of Nature’ published on the Gothic Nature Journal Blog, and ‘Nature’s Spirits: On Religious Experience and Ecological Participation’ on The Daily Grail.

Gaffin, D. (2012). Running with the Fairies: Towards a Transpersonal Anthropology of Religion. Newcastle: Cambridge Scholars Press.