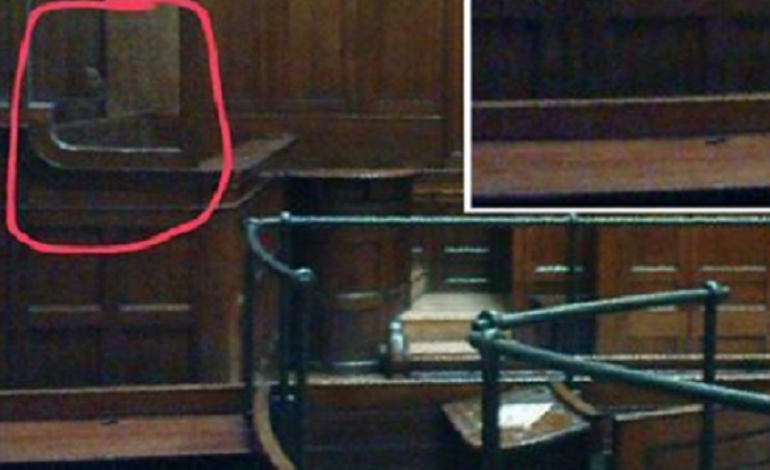 Alan was alone in the judges court when he took this picture of a man that resembles William Shakespeare, was only when he got home and his son was looking through the pictures he noticed him.

This is a still shot taken of a video we captured while waiting for members to finish arriving for an Investigation at Stanley palace Chester.

Aaron was sat having a cup of tea with a trainee co-worker at the time and was oblivious to what was going on behind him.

On the video you can see the three children appear in shot and disappear. The middle child turns her head and looks directly at the camera before moving on.