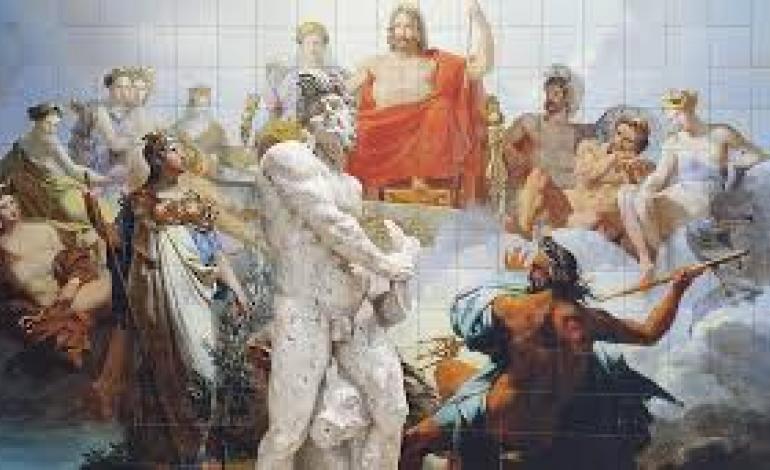 The Centaur, a creature which traditnally has the torso of a man and lower half of a horse, although Female Centaurs were depicted in many mosaics at the time. They were made from a cloud made in the image of Hera (Hera is Goddess of Childbirth, Marriage and Family matters.)

These creatures originate from Greek Mythology, and were said to inhabit Mount Pelion in Thessaly “some of the. The Halfling lands offer a place for the centaurs to live far away from most of the immediate and ugly battles of the fairy conflict.”

They were known for their strength as well as living carefree lives, and pursuing whatever passion they had (Chasing woman, drinking, partying etc.) They were said to speak a form of Sylvan, The language of The Fey ( Farias) Their appearance was said to be very musculer,also looking different from one another ( Skin tones, hair colour ...)

I came across various stories of supposed sightings of Centaurs but not entirely sure if I believe in them. However as the quote goes “There are more things in Heaven and Earth than are dreamt of in your philosophy…”

A woman driving alone on a road between both towns had to slow down for a stop sign. Suddenly a creature of very large size jumped up over a snow bank and ran “10 yards a second”. It was coming towards the car. She further described the creature as “enormous and its body as white as the snow around it”. It had tiny little legs, like animal goat legs but very small.

She had the impression that parts of it were like a man and other parts of it were an animal. According to her it either grabbed, or reached for the door handle but he car was locked. She said its fingers were incredibly long,

It was so incredibly fast that she did not see a face or anything else. She mentioned that another car of people had also seen it too; they had stopped and looking at it at one point.”

“Nearing the highway, with me leading the pack, the boy put his hand on my shoulder and made me stop riding. When I looked back at them, both girls were staring straight ahead with tears in their eyes, and the boy pointed for me to look. Not knowing what they could be pointing at because

I had just been looking that direction when they stopped me, I looked and saw what I can only say was a centaur on the sidewalk in between us and the highway.

The sun had just risen above the horizon and was at the creature’s back, so the whole figure was cast in shadow, but I could make out that it had a very muscular, had a reddish torso, a horse’s four legs and was over six feet tall. Next to it was a thicket of palmetto and palm trees from which a person could have jumped out in a clever costume, although the quickness of appearance and the incredible detail of the creature would make me doubt that”

So what do you think?