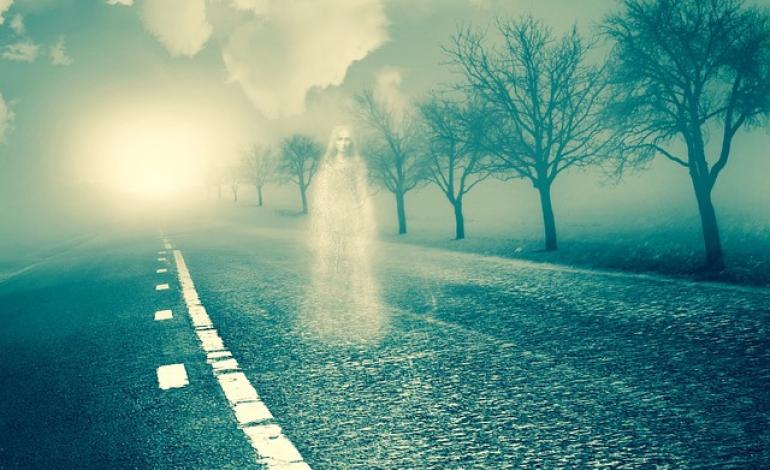 Jumping behind the wheel of your car and hitting the open road is as American as apple pie, baseball and gun rack sporting pickup trucks. In fact it is believed that each year thousands of families across the United States will pack the kids in the old family trickster and head off to one the many tourist attractions that dot this land. And yours truly is no exception.

Considering all the fun and adventure that awaits, what if that long road trip took a much darker turn? What if you discovered more than just the “world’s biggest ball of yarn” and greasy road side trucker diners? And what if you were to discover that the many highways and byways of this great land were populated by the spirits of the dead?

Popular belief dictates that spirits only haunt structures and graveyards. However nothing could be further from the truth great warrior of the road. The truth is many streets, roads and highways are just as haunted. So let’s jump in the old family minivan, break out the juice boxes and hit the haunted road with America’s top 5 haunted roads. And what better place to start than right here in my hometown of Chicago, Illinois.

It is commonly believed that, Mary Bregovy, a young Polish girl was killed in an automobile accident after dancing the night away at the Willow brook Ballroom not too far from Resurrection Cemetery. Although such an event and such a person is hotly contested, it has not stopped dozens of people who claimed to either seen the ghost while driving down Archer Avenue late at night. While claimed to have given the sad young spectre a lift with a surprising end result.

For those who have witnessed Chicago’s most famous ghost, they all report the same thing. They witness the glowing spirit of a young girl in a white party gown solemnly walking down the busy highway paying no attention to the speeding cars. Others have claimed to have accidently hit the young girl. When they get out checking for the victim of the unfortunate accident they find nothing. No body and no damage to their car. Shaken by the experience, they jump back in their car and head off into the night.

After driving off, the driver attempts to attempt communication with the girl who just sits and stares out the front window with blank lifeless eyes. And then one if two things happens. Mary either just vanishes leaving a very bewildered driver. Or, as they approach Resurrection Cemetery, the young girl asks the driver to stop and she exits the car and walks through the closed cemetery gates.

Interestingly enough the front gates to Resurrection Cemetery may show proof of the spirit. One night as a man drove past the cemetery gates he witnessed a bizarre sight. Standing on the inside of the closed gates was a young girl, wearing a white dress grabbing on to the bars of the gates. The next day when the man returned he found what looked like hand prints that warped the metal. Since then the gates have been fixed but I have seen the evidence and can tell you this, those were definitely hand marks.