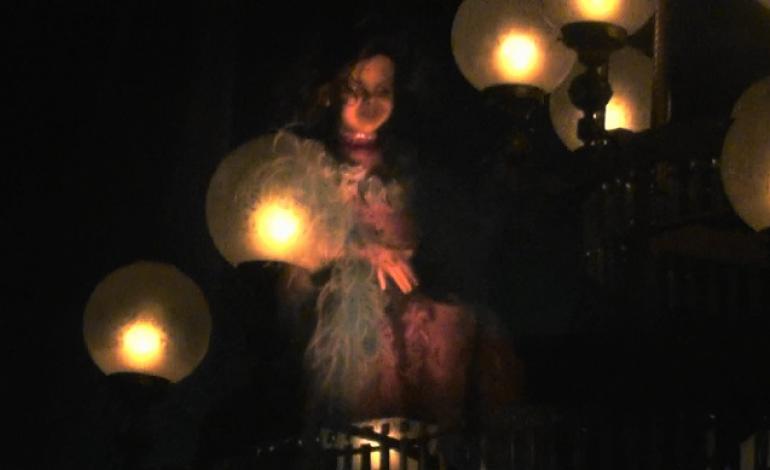 Do portals really exist between our physical world and the world beyond? Do spirits come and go from beyond the grave? This of course has been a subject of much controversy and research for many years. From ancient times to modern parapsychology and science, man has grappled with the question, do spirits actually exist.

Ghosts crossing over from beyond the grave to communicate with us? Do they reside in an alternate dimension in the same time as we do? Perhaps so, but how and why do we sometimes seem to catch a glimpse of someone who has left this physical world? There are many theories on this subject but the one I would like to address here is one of those special places where the dimensions seem to bleed through in a momentary connection; they’re special places known as portals, in particular, mirrors.

Mirrors have always been a source of fascination for humans ever since early man first caught a glimpse of his reflection in the still waters of a lake surface. Going back many years there have always been cultures who believed that if a person died in a room where a mirror was present that their spirit could become trapped in that mirror and then if that mirror was moved to another location the spirit would travel with it. Some cultures used the practice of covering any mirrors in a house where someone had died to prevent the spirit from being trapped.

I would like to relate the true story of a personal experience I had a few years ago. This story takes place in an old, very haunted bed and breakfast hotel somewhere in upstate New York. It is a beautiful building originally built around 1845. It burned down in March of 1895 and was immediately rebuilt and reopened to the public by November of that same year.

Over the years the hotel was home to all sorts of people from mobsters to high society to presidents of the United States. The hotel has become host to a wide variety of spirits to this day, from a mob hit man to a little 6-year-old boy and a 4-year-old girl as well as many others who remain attached to the property. The hotel has experienced more than its share of tragedy through the years, murders, suicides and rapes are part of the darker history of the location. These are the types of deaths that can leave residual energy in a building making it the perfect place for paranormal experiences, the perfect place for the existence of portals to the spirit realm, of which this property has several. And one of these doorways to spirit communication is an old mirror.

The mirror in question here is an old Victorian-style which just happened to come from an old Victorian home just down the street from the hotel. The owners of the mirror had been having strange things happen, odd lights would come in and out of the mirror, and they would see unknown faces gazing back at them. Growing more and more uncomfortable with these unusual sights it was decided to take the mirror down the street and see if the owners of the hotel would like to give it a good home.

They were delighted to be asked, and graciously accepted the gift. The antique was donated to the hotel and was hung in a place of honor in what is known to be the most haunted room in the building. The beautiful Victorian antique was placed on the top of an old dresser which was already in the room. It was decided they would just leave the mirror to its own devices and wait to see what, if anything, happened…without mentioning it to their guests.

It didn’t take long before the mirror started to show signs of strange activity. Things began to happen, small at first with odd balls of light moving about the edges, until over time the energy began to increase and what appeared to be faces started to appear. It was only a few weeks before it was noticed that this particular mirror was perfect for the practice of mirror divination, a form of communication where people could contact spirits from the other side through the mirror’s surface.

This is done by having the room darkened, all except for one candle set on the bureau about six inches in front of the mirror. Usually one or two people would stand in front of the mirror portal with a fixed gaze directed beyond the glass. Other witnesses would crowd into the room, sitting on the bed to witness what might occur. On many occasions after a few minutes, the faces of those gazing into the mirror would start to take on features that were not their own. The hair would get longer or change color. Sometimes the face would appear to get older or even younger at times.

This is where my personal story comes in, but first it is important to tell the readers a little about the spirit who haunts the room. Back in the early nineteen hundreds a young local girl was brutally raped and murdered by the local butcher’s son. After the attack took place the murderer took the body and buried it in the woods behind the butcher shop. It is said that the young girl haunts the room to this day.

My experience took place on one of my many visits to the hotel. During the night’s investigation it was suggested we try a session with the mirror, so a group of about 6 guests then proceeded to the haunted room to try our luck with the art of mirror divination. The first volunteers to step up had some success when the reflections seemed to change as their faces appeared to get older. After a few minutes someone suggested, “Willy, why don’t you give it a try.” I had never tried anything like this before and immediately agreed to take my turn.

Only a few minutes had passed before changes began to take place. The first thing to occur was that my hair which was very long at the time, seemed to be getting shorter and my face began to transform into female features. As I stood motionless in front of the mirror with five witnesses seated on the bed to my left the strange transformation proceeded.

Over the next few minutes the image of my reflection made the change from a 58-year-old man to that of a young teenage girl. Everyone in the room was fascinated with the strange image in the mirror as the young girl became more and more clear but no one was prepared for what would happen next.

Everyone was sitting quietly transfixed on the image, while I stood motionless staring straight into the mirror not moving a muscle. Suddenly the image of the young girl turned and looked straight at the people on the bed and the mouth began to move as if trying to talk to them. It was at this point when some of the group became very uncomfortable and started to leave. The session then came to an end when the face disappeared.

We all retreated to the great room downstairs where the hotel keeps two large binders full of old newspaper articles and research from the history of the hotel and its occupants. As we sat scouring the old news clippings for any stories of the butcher murder, we came across an article with a picture of the murdered girl. As if on cue everyone immediately said, “That’s her. That’s the girl we just saw in the mirror.”

Was the young murder victim trying to communicate through me? Did the mirror actually act as a portal to the spirit world through which she was able to interact with the living if only for a few minutes? The answer to these questions I will never really know but it was an experience I will never forget.