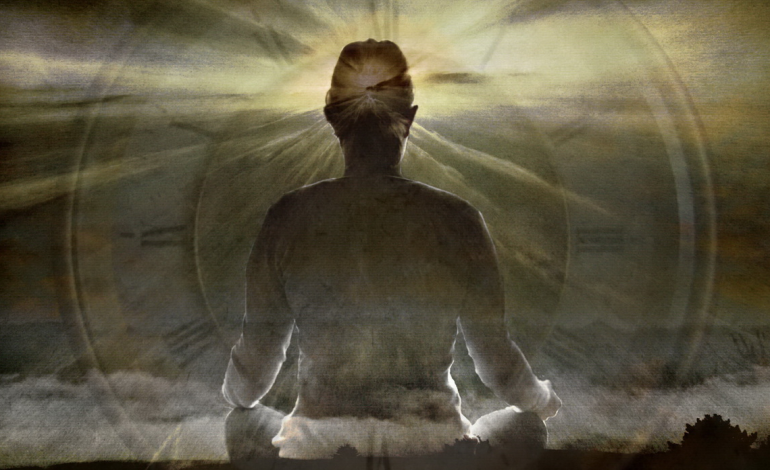 The human consciousness is capable of moving between dimensions and up and down vibrational rates with unexpected ease, one such universe or dimension the human consciousness can interact with is that of the parallel universe. Taken from Everetts ‘Many Worlds Theory’, the parallel universe theory claims that an infinite number of parallel universes exist, each one slightly different from the other and each one housing a possible counter-part to you within it. A kind of cosmic doppleganger if you like, even with the same name and features as you and possibly even the same personality as you.

Science says that these parallel universes are universes separated from each other by a single quantum event. Or in simple terms, every time you make an important decision or choice that has the possibility of changing your life path then reality is forced to split into many self contained, separate realities or universes. One for each possible outcome, so there can be multiple possibilities existing in any one instant. Scientists believe that these parallel universes exist less than 1mm away from us but are vibrating at a completely different rate.

Lets go back to basics, a dimension or universe is a state or place where consciousness (you) repeats the same vibrational pattern over and over thus bringing a form of reality into being and then holding it there. Your vibrational pattern and ultimately the pattern of your reality is based on the choices you make as you evolve, which in turn is based on your beliefs, your thoughts and your expectations, (what makes you ‘you’). Eventually your intelligence evolves enough to be able to reprogram itself and move outside the box, a change of belief or expectation can change your vibration and thus change your reality. The common example is to think of it in terms of a motorway. There are many lanes of traffic (time) running simultaneously alongside of each other and our car can change lanes whenever we choose. All we need is an opening in the flow of traffic(quantum field) where we can direct our car (evolving awareness) and move through into another lane (stream of thought or reality). This concept can also be easily applied to shifting up vibrations (3rd to 4th to 5th) as well as sideways to parallel vibrations. You as a 3 dimensional being may not be aware of the other dimensions running alongside of our physical world but your multidimensional self is most definitely aware. As your consciousness transcends into 4th and 5th dimensional thinking it becomes more and more aware of the many other dimensions out there and can easily be able to see all possibilities/all dimensions simultaneously. From this our consciousness can gain optimum learning and information from every decision it has ever made and will ever make.

As our consciousness evolves parallel universes often ‘bleed through’ or intersect with our reality (3D) without us even trying to access them. This quantum phase shifting as we call it mainly goes unnoticed alongside our everyday lives unless we force the issue through meditation or hypnosis. We know that the subconscious part of the brain can generate an enormous concentrated electromagnetic flux upon entering the alpha state (meditation), making the basic laws of electromagnetic field changes fail and thus making it possible to access the other dimensions. So what can trigger this phase shift of consciousness? Harmonic resonance or tones are always a good activating mechanism. Specific tones enable a person to switch dimensions. By resonating a certain frequency or tone the brain will then respond by producing similar electrical signals to the frequency heard. Certain states of consciousness (sleep/meditation) can be brought about by hearing a certain sound (usually low frequency). This same thing can also happen when our consciousness encounters a particular emotion, smell, image or person, it will be triggered to flip into another dimension or reality.

There are several examples of possible ways for parallel universes to connect with ours. The first example of this is when we are asleep and dreaming. When we are asleep our conscious mind disconnects and allows our subconscious mind to take over. The way is then open for us to experience the many other dimensions especially parallel universes through our ‘other’ selves or cosmic doppelgängers. The result of this is a form of dreaming, our consciousness almost hitches a lift onto the consciousness of our other self and we can experience everything they experience. Remember, this can be a two way phenomena, we can often be the doppelgänger with the other universe hitch hiker attached to us! I will use the word ‘attachment’ as it almost like having one, life continues as normal for the host (who is usually unaware) and interference is negligible as the trip is so short in duration and we are so close in energy to that of the host. This brings about the concept of spirit attachments. What we have previously determined to be possible spirits from the afterlife attaching to our auras and experiencing our dimension may be nothing less than us from another universe hitching a lift. This may be especially the case when the host is unaware of a presence or may at times just not quite feel right and can’t explain why.

It is said that we dream on average for approximately 90 minutes a night so the number of parallel universes we can visit in the course of a nights sleep may range from one to several. When in a dream state we sometimes experience bizarre scene shifts, loss of time and anomalies in perception. These may be due to our consciousness flitting between the other dimensions, maybe only visiting a dimension for a split second before moving on to the next, who can tell, there is no real determination between the boundaries of different dimensions.

At this point you may say to me “well I never seem to dream or if I do its not that often!” well it may be that you are still moving between dimensions but your dreaming that you are asleep, where there is no visual input because your cosmic other self is also asleep. It may be just as simple as you do dream and travel to other dimensions but you just don’t need to remember or recall what you have experienced just yet.

There are other instances when you might travel to parallel universes but these are strangely enough when you are awake and about your everyday business, not dreaming or meditating just on what seems like auto pilot. Those are the moments which are often beyond your conscious control. Let me explain, do you ever have lapses in memory? A split second when your not quite ‘there’? Well you may have momentarily flipped into another dimension and upon your return to this reality you find yourself left confused and wondering what you were actually doing. As your consciousness continues to evolve and transcend you will find it more and more difficult to maintain a grip on the physical world and your linear thought. You will have more of these phase shifts, it is like you are trying to function in two or more realities simultaneously, the physical and the multidimensional. Signs of this phase shifting can also be apparent when you momentarily forget how to carry out a simple task or everyday items seem ‘alien’ to you. If you find yourself just staring at an item trying to figure out how to works, you are there in another dimension well at least your consciousness is there, only for a split second but you were there! You are capable of travel to other dimensions and universes and more often than you realise or remember, it is as always a concept of mind over matter!