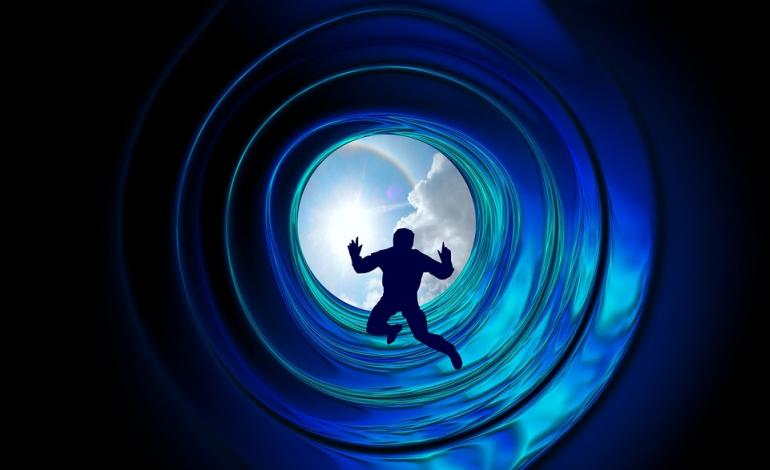 “My 4-year-old told me about the time she went for a swim in the lake and could hear her mom yelling and crying out to her, but she couldn’t come because she was ‘under the ducks.’ Then she remembers falling asleep and when she woke up, I was her new mommy.”

“My 3-year-old son told me that he smothered someone once. I asked him if he knew what that word meant. He said it meant holding a pillow on someone’s head until they stop moving. I asked him when he did that and he said, ‘Oh, a long, long time ago.’”

“When my son was 2 or 3, he’d talk about being an adult who rode horses in the woods. He said that one day he got hurt riding, then everything got dark, and the next thing he knew he was with me. I asked where he got hurt and he pointed to the birthmark on his stomach.”

“When he was 1.5 years old, he looked up as his father was changing his diaper and said, “When I was your age, I used to change your diapers.” He began talking more about having been his grandfather.

Children who have said they have lived before. Are they telling the truth or are they simply saying what they have watched on Television? If past life regression is real then why doesn’t every single child talking about living before instead of just some?

When we are born into this World, our minds have not been “Imprinted” on ...meaning Society has not yet made an impression on us, because we are to young to comprehend everything around us.

Babies and young children are still connected to ” The other side” because of this, their senses are more aware to the spiritual side of things, which is why in some cases some of them might they ” I have an imaginary friend…etc. ” and if they go into detail about what their friend looks like or how their friend died, then chances are they are seeing a spirit.

As I watched a television programme called ” The Ghost inside my child” the other day I was astounded, by how many children in the World had actually experienced a past life regression. At First I was sceptical, because they could have easily watched a programme on Television and got ideas from there….

However when a four year old boy, asks his relative if he remembered the time when they were on the motorbike, but he fell off and hurt his leg badly ( This incident was before the child was even born, yet he had described it in such detail to his relative. None had even talked about that accident in front of him also. ) it was hard not to believe.

Another story I heard was about a three year old boy who was extremely interested in the World War. He would draw pictures showing planes crashing in water, as well as people dying. “Plane of fire little man can’t get out!” he would sometimes say whilst drawing.

On closer expectation his parents noticed the symbol that their son had drawn on the plane, was that of one of the old World War planes. After extensive research into what their child had told them they discovered, that he had been a solider whose plane had been shot down into the sea.

Another case of past life regression…

“The UVA case studies is the story of an Oklahoma boy named Ryan. A few years ago, the four-year-old woke up screaming at two in the morning. Over the preceding months, he’d been pleading with his bewildered mother, Cyndi, to take him to the house where he’d “lived before.” In tears, he’d beg her to return him to his glittering life in Hollywood, complete with a big house, a pool, and fast cars—that was so fabulous, he once said, “I can’t live in these conditions. My last home was much better.”

When Cyndi went into her son’s room that night, Ryan kept repeating the same words—“Mommy, I’m so homesick”—as she tried to comfort him and rock him to sleep.

“He was like a little old man who couldn’t remember all the details of his life. He was so frustrated and sad,” Cyndi says. They came to a photo from a 1932 film, and the boy said, ‘That guy’s me! The old me!’

The next morning, she went to the library, borrowed a pile of books about old Hollywood, and brought them home. With Ryan in her lap, Cyndi went through the volumes; she was hoping the pictures might soothe him. Instead, he became more and more excited as they looked at one particular book. When they came to a still of a scene from a 1932 movie called Night After Night, he stopped her. “Mama,” he shouted, pointing to one of the actors, who weren’t identified.

“The subjects usually stop making their past-life statements by the age of six to seven, and most seem to lose the purported memories. This is the age when children start school and begin having more experiences in the current life, as well as when they tend to lose their early childhood memories.”

During me doing research for my second book (Sequel to my first book Love Tie) I decided to go to a past life regression hypnotist.

I can’t remember how old I was when I started having the dreams (I believe I was about 10 or 11) In my dreams I would be in a very large house, and sometimes I would see furniture or photos.

When I was older I began to write down what I saw in the dreams, and eventually I researched them online to see if anything would come up. I have always had a fascination with the last royal family of Russia (The Romanovs)

Turns out the rooms I was in was rooms that are in the Winter Palace (Their residence in St Petersburg.)

One dream really stood out from the rest, I dreamt I was in the Winter Palace and I saw all these clothes in glass cases… So when I woke up I frantically researched it online to see if it could tell me anything.

At that moment in time, there was an Exhibit going on in the palace, displaying the Romanovs clothes! According to my past life regression I had two lives. I was alive in the medieval times and the Russian revolution.

To this day I still don’t know what to make of it all, but it makes perfect sense. I would say to anyone considering going to a past life regression hypnotist to think about it very carefully, as it does alter your ENTIRE perception on the world and even your own existence.

Do you think you may have lived before?