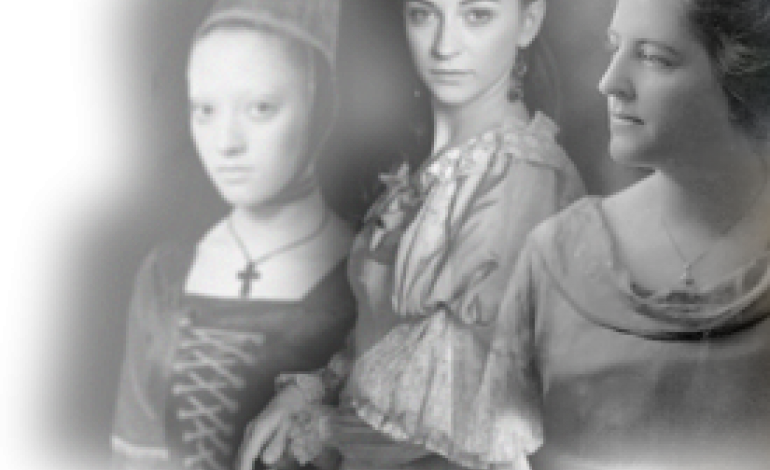 After recently watching a TV documentary entitled “The Boy Who Lived Before” I became even more convinced that some of us have indeed lived other lives prior to the one we currently find ourselves in. In this particular case a young boy Cameron has been speaking of his life before, in Barra, a remote island in the Outer Hebrides, 220 miles from his current home in Glasgow.


He has been speaking of it since he was around 2 years old. He has described in intricate detail his childhood on the island. He talks of a white house he lived in, and his black and white pet dog that he walked on the beach. He talks about his mother, seven siblings and his father, Shane Robertson, who died when he was run over by a car. To any parent, this would be intriguing if not a little alarming. When asked how he came to be in this life, Cameron says he “fell down a hole and woke up here”.


Cameron is only five years old at the time of filming and his stories have became increasingly more detailed as experts believe more and more memories are flooding back to him. At times he gets distressed by his memories shouting, “I’m a Barra boy, I’m a Barra boy”. He also has a seemingly real connection to his mother from his past life. He calls her his ‘Barra mum’. His account is so detailed and most of what he ‘remembers’ is accurate. They house he says was once his is found and it is as he described. He walks through the rooms and tells his mother which room was his, and he is noticeably upset. When asked why, he says because he thought his ‘Barra mom’ would be there to greet him.

This seems compelling, however there is one other case that goes beyond the realms of memories into actual physical evidence. In the case of Titu Singh. Titu Singh was two and a half years old when he began to tell his family of his other life in Agra, Northern India. His memories were quite specific. He said that he had been the owner of a radio, TV and video shop, his name was Suresh Verma, he had a wife named Uma and two children. He also said that he had been shot, cremated, and his ashes had been thrown in the river. He described his murder vividly, telling of how he was in his car on his way home from work and was shot in the right temple. Titu’s older brother decided to travel to Agra to check out his young brother’s claims. He found a TV, radio and video shop called Suresh Radio, which was run by a widow named Uma whose husband had been shot, just as Titu had described. In addition to these apparent past life memories, and probably more astounding in this case, is the physical evidence. The autopsy report details an entry wound, made by a bullet, in the right side of Sureshs head. It also shows an exit wound on the left side of his head. When Titu’s hair was shaved as part of the study into his claims it revealed a birthmark—”a round, indented shape” which coincided exactly with the location of the entry wound of the bullet that killed Suresh Verma. They then also found a second birthmark on the other side of Titu’s head that coincided exactly with the exit wound found on Suresh Verma.


These are not isolated cases. There is now a collection of overwhelming evidence to support the theory of past lives. Probably the best-known and most well respected collection of scientific data in this field is the life’s work of Dr. Ian Stevenson. For many skeptics, the problem lie with the fact that for most people to recount experiences they believe to be from a past life, they have to be placed under hypnosis. Skeptics argue that while in the subconscious state, we have no real way of knowing whether images, names and places that come into our mind are in fact true memories of a past life or just so called ‘false’ memories made up from books we may have read, films we’ve watched and so on. This is why the work of Dr. Stevenson is so compelling. Instead of relying on hypnosis to verify that an individual has had a previous life, he instead chose to collect thousands of cases of children who spontaneously (without hypnosis) remembered a past life. Dr. Stevenson uses this approach because spontaneous past life memories in a child can be investigated using strict scientific protocols. Hypnosis is simply less reliable from a measurable scientific perspective. In order to collect his data, Dr. Stevenson methodically documents the child’s statements of a previous life. Using this information he then searches historical records to identify the deceased person the child remembers being, and verifies the facts of the deceased person’s life that match the child’s memory. He even matches birthmarks and birth defects to wounds and scars on the deceased, verified by medical records. His strict methods systematically rule out all possible “normal” explanations for the child’s memories in many peoples view.

Dr. Stevenson has devoted the last forty years to the scientific documentation of past life memories of children from all over the world. He has over 3000 cases in his files. Many people, including skeptics and scholars, agree that these cases offer the best evidence yet for reincarnation.

So why don’t we all have such memories? To those who believe firmly in reincarnation there are several good reasons we don’t remember. The first is hysterical amnesia. Basically there are two major traumas between dying and living. The death trauma, which we all recognize could be quite a shock to the system, and the birth trauma. Being born is an unpleasant experience and this alone could be enough to make us forget the process of reincarnation. Another reason we seem to forget our past lives and the process of reincarnation could be that it is easier to learn new lessons without preconceptions. Believers claim that the final major reason for blocking memories is to protect our sanity. Stephen B Pearl a writer and Reincarnist gives an example. “Suppose in a previous life you raped and murdered the person who in this life is your mother. Could you live with the guilt? Could she love you knowing what you were? Not knowing can be a mercy”.


As time goes on and more work in done in this field, I seriously begin to question how much longer we can we deny the possibility that this is an absolute reality, especially in the face of such seemingly overwhelming evidence? Well…I don’t think we can. I think for me it is a perfectly sensible possibility. Maybe it goes some way to explaining my love and fascination for the medieval period, my fear of large empty swimming pools or my weakness for hot cross buns! However light heartedly we want to view what this may mean for us, the fact that we may be edging ever closer to knowing the truth is a frightening prospect. Would you want to know, without a shadow of a doubt, who you were and maybe more importantly, who the significant people in your life were? Would it cause you more heartache or fear to know exactly how you died? I think there is a lot to be said for ignorance is bliss but that doesn’t stop me burning with curiosity all the same.