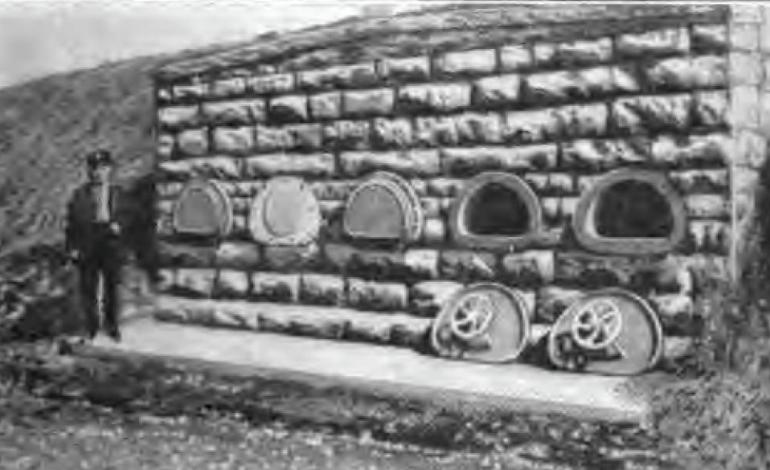 Also known as a “Live Burial” or “Vivisepulture”, this means to be buried while alive. The victims are accidentally buried alive by others who thought them to be dead. Intentional burials occur in cases of torture, murder, and execution. Animals have also been buried alive.

This type of burial can lead to actual death by asphyxiation, dehydration, starvation, and hypothermia (in cold climates). It is known that a person can be trapped with fresh air to breathe, which at times can last a considerate amount of time before the person perishes. This has also been used as a method of execution. The psychological aspects would be frightening when a victim comes to, in total darkness, with little to no space to move in. This may even be enough to cause their demise from shock and fright alone.

An older case reported dates back to the 14th century when philosopher Duns Scotus (1266-1308) was found outside his coffin with his hands torn and bloody after making an attempt to escape. Another case involved Alice Blunden of Basingstoke. She was said to have been buried alive not once, but twice in 1674.

Documented cases go as far back as the late 1890’s of people accidently being sent to the morgue after mistakenly being declared dead. Newspaper accounts reported cases of exhumed bodies which appeared to have accidentally been buried alive. Revivals of corpses have been triggered by dropped caskets, grave robbers, and even during embalming or attempted dissections.

1. This case was reported on February 21, 1885. The victim was a man who was given the name “Jewkins”. His body was found turned over onto its front inside the coffin with most of his hair pulled out. Scratch marks were found on all sides of the caskets interior.

2. Reported on January 18, 1886 by The Times, which stated that the victim in this case was a girl named “Collins” from Woodstock, Ontario Canada. Her body was found with her knees tucked underneath her and her burial shroud torn into shreds.

3. A person in 2005 was delivered to Matarese Funeral Home, located in Ashland, Maine that had a live person in it. The funeral home director John Matarese discovered that the body in the bag was indeed alive, and called the paramedics. The person was saved, thus spared being embalmed which would have been fatal.

4. This case in 2014 was located in Greece where it was discovered that a 45 year old woman was buried alive and died of asphyxia after being declared clinically dead by a private hospital. She was discovered shortly after her burial when children playing near the grave heard her screams from inside the earth. Her family sued the hospital soon after. No results from the said lawsuit were included.

5. This case also took place in Greece in 2014 & is eerily similar, so we chose to include it. Police concluded that a 49 year old woman was buried alive after she was declared dead by the coroner. The family reported that they could hear her scream from inside the earth at the cemetery immediately after her burial. After being exhumed, the investigation had shown that she had died of heart failure inside of the coffin. They also found out that the medicines given to her for cancer by doctors caused her to seem clinically dead and thus was buried alive.

Safety coffins were set up to prevent live burial but there is no evidence that any have ever been successfully used in saving a person who was accidentally buried alive.

1. Robert Robertson, who died in 1791, had a movable glass pane put in his coffin. The mausoleum where he rested had a door for the purpose of inspection by a watchman, who was to see if he breathed on the glass. He instructed his family to visit his grave periodically to check that he was still dead.

2. In the year 1882, J.G. Krichbaum received U.S. patent 268,693 for his “Device for Life in Buried Persons”. It was a moveable periscope-like pipe which provided air when moved/pushed by the person interred, which indicated to the passers-by that someone was buried alive. The patent text refers to “that class of devices for indicating life in buried persons” which suggests that such inventions were common at the time.

3. In the year 1890, a family designed and built a burial vault at the Wildwood Cemetery in Williamsport, Pa. It had an internal hatch to allow the victim of live burial to be able to escape. The vault had an air supply and was lined in felt to stop a panic stricken victim from self-inflicted injury before escape. Bodies were to be removed from the caskets before burial.

A coffin was fitted with a mechanism to prevent premature burial and to allow the person to signal that they have been buried alive. During the 18th and 19th centuries a large number of designs for “Safety Caskets” were designed and variations of the ideas are still available today.

Such ideas like that of a bell on a chord which was attached so the interred person could ring it (should they wake up in the casket) to alert the caretaker, family members, or passers-by that they were still alive. Other variations included flags, ladders, escape-hatches, and even feeding tubes. Yet many forgot to add a method for providing air.

There is no doubt that live burials happened more often back in the past of antiquities than they do today. Yet it can still happen, as anything is possible. Now although some of these tales may be urban legend, many of them are clearly documented & likely true. It happened to one of our examples twice & to three of them in recent days. We assume it won’t happen to any of us, especially in this day & age, but the numbers show there is still a chance, albeit a small one, that it will happen somehow, somewhere, some way again to someone.